(RNS) — Religious leaders reacted swiftly — with legislative appeals and collective grief — to the release of video footage of police officers beating Tyre Nichols, a Black man who died days after a traffic stop in Memphis, Tennessee.

Church of God in Christ Presiding Bishop J. Drew Sheard, whose historically Black denomination has its headquarters in Memphis, issued a statement Friday (Jan. 27) addressing the “shocking death” of Nichols, a 29-year-old FedEx worker who died on 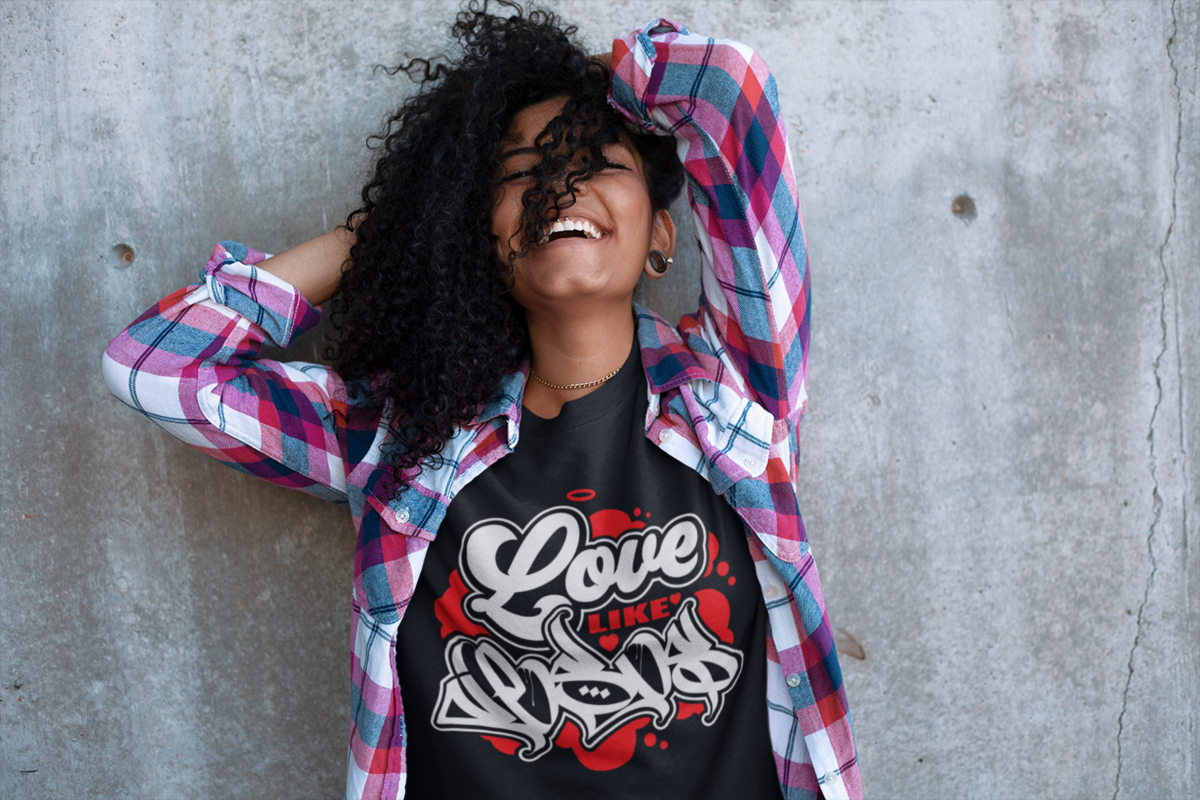 Motivation and desire are nice to have when you need them. But what can you do when you need them and they’re in short supply? You can generate your own enthusiasm. You don’t have to wait to be inspired. Inspiration is in your hands. Like any other skill, you can learn to be motivated and full of desire on demand.

Learn to motivate yourself and get those challenging things done:

1. Keep your purpose in mind. If you require motivation to do something, there must be a reason for doing it. Keep 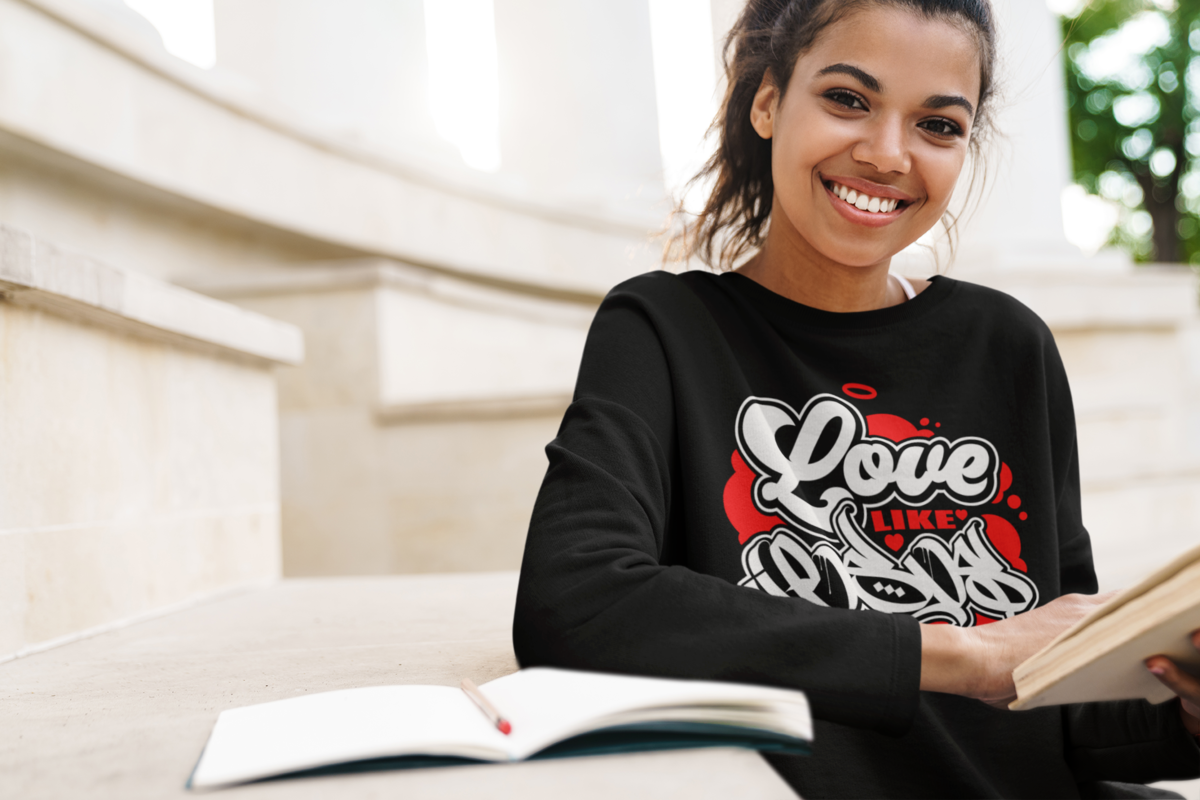 1 Peter 1:25
“But the word of the Lord endures forever.” Now this is the word which by the gospel was preached to you.

This motivational thought is based on God’s words to the prophet Jeremiah concerning the return of the Jews to Jerusalem after 70 years of Babylonian captivity. Jeremiah said, “This is what the Lord says, ‘For I know the plans I have for you,’ declares the Lord, ‘plans to prosper you and not to harm you, plans to give you hope and a future.’” Within its his 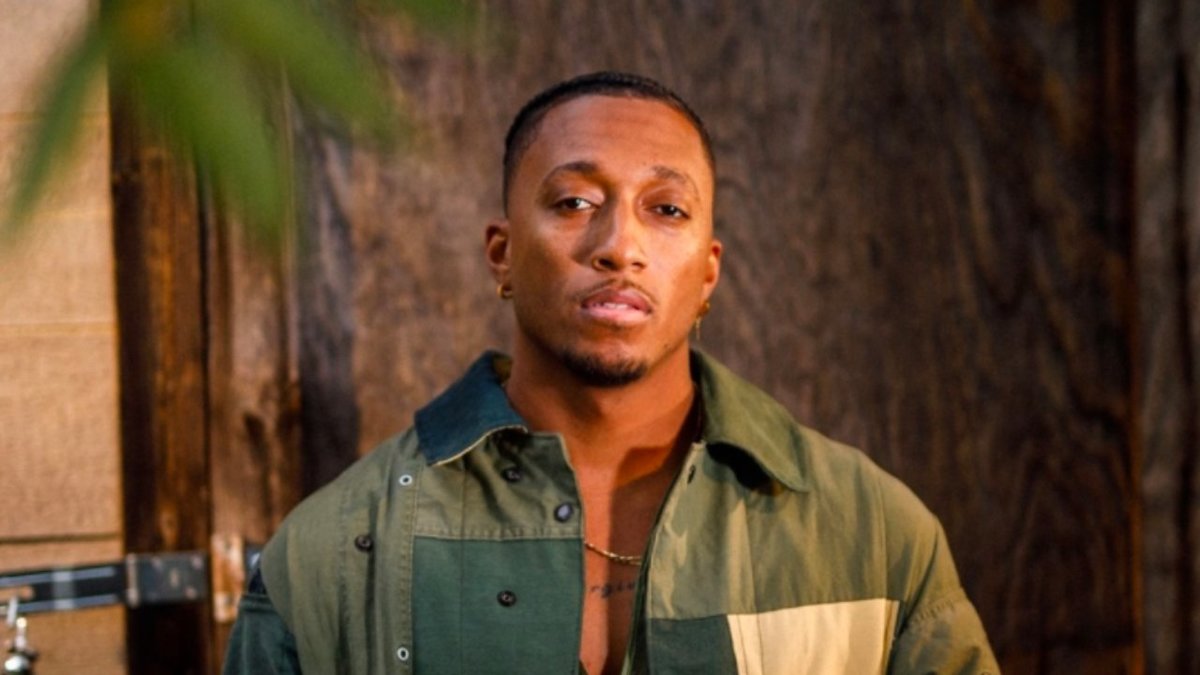 Grammy Award-winning artist Lecrae said he’s eager to share what God has been laying on his heart ahead of “The Final Church Clothes Tour” that is set to kick off in Orlando.

Lecrae’s 26-city tour will run from March 17 through May 14 and will encompass the Church Clothes mixtape series that began in 2012 and ended with the final album release in 2022.

“I’m excited to share the things God has been doing in my life and heart,” Lecrae told The Christian Post. 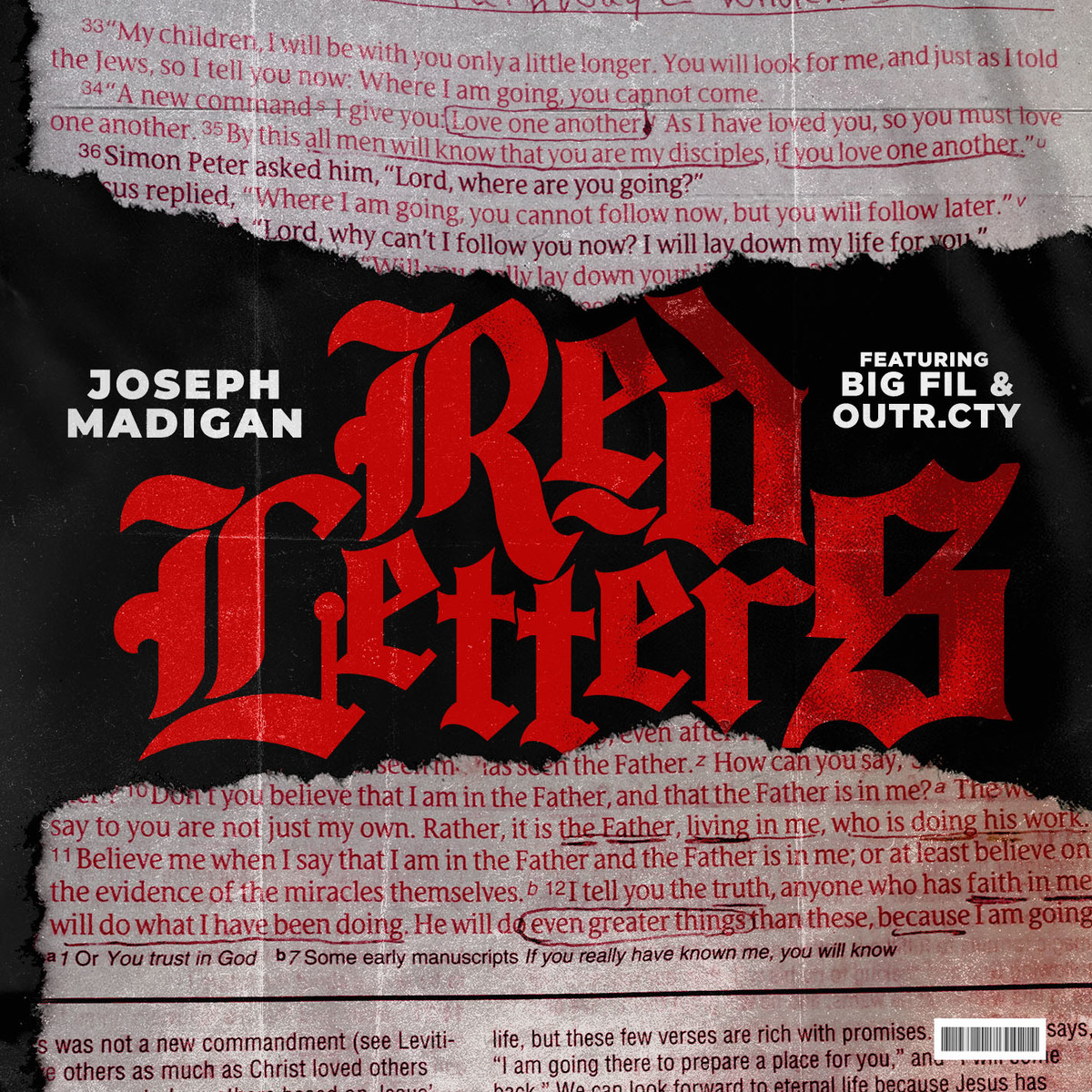 The song is about not compromising God's word to settle for less than giving our all to the words Jesus spoke. We are made leaders by humbling ourselves in pursuit of him.
Joseph short bio:
Going through an arduous journey and facing several challenges in life, Joseph Madigan comes from being a homeless individual at the age of 16 to establish himself. Despite going through hardships, Joseph Madigan never lost his faith in God and believed in Him at every step of his life. He started maki
Read more… Plays, like life, are often presented in acts. The idea is to have each act build on the previous, all taking the audience on its roller coaster ride on a journey towards the climax. The story, in essence, gets better as it goes along.

The Chicago native, who burst onto the seen in 2014 as a major blip on the radar of CHH platforms after numerous features and singles throughout the space, and then proved that attention warranted with the release of 2015 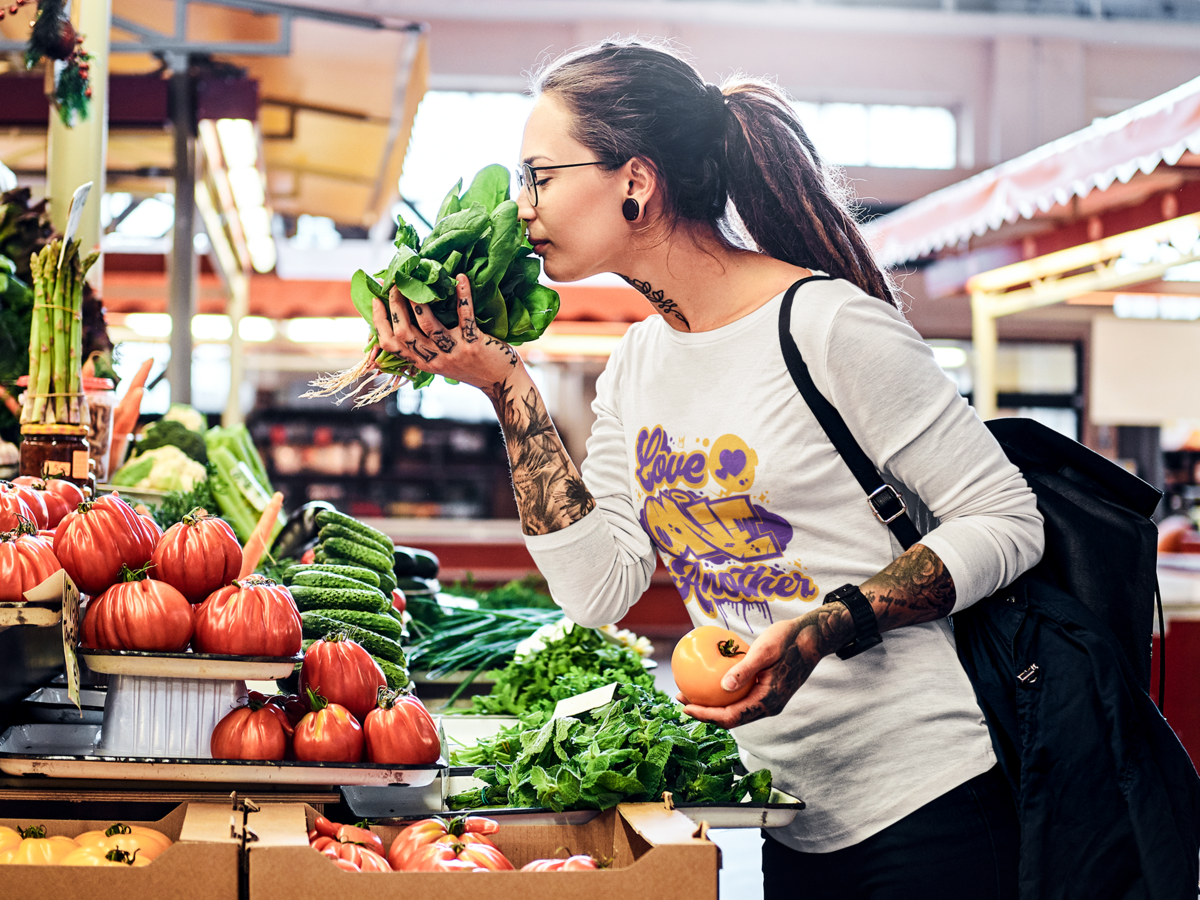 The more you get done each day, the more success you can experience. You also give yourself the opportunity to have more free time, too. Time always seems to be in short supply. If you get more out of your day, you’re making better use of your time. Increasing your productivity can have a positive effect on your professional and personal life.

Use these tips to get more done in less time:

1. Plan. To get the most out of any day, it’s important to know what you’re going to do before the day b 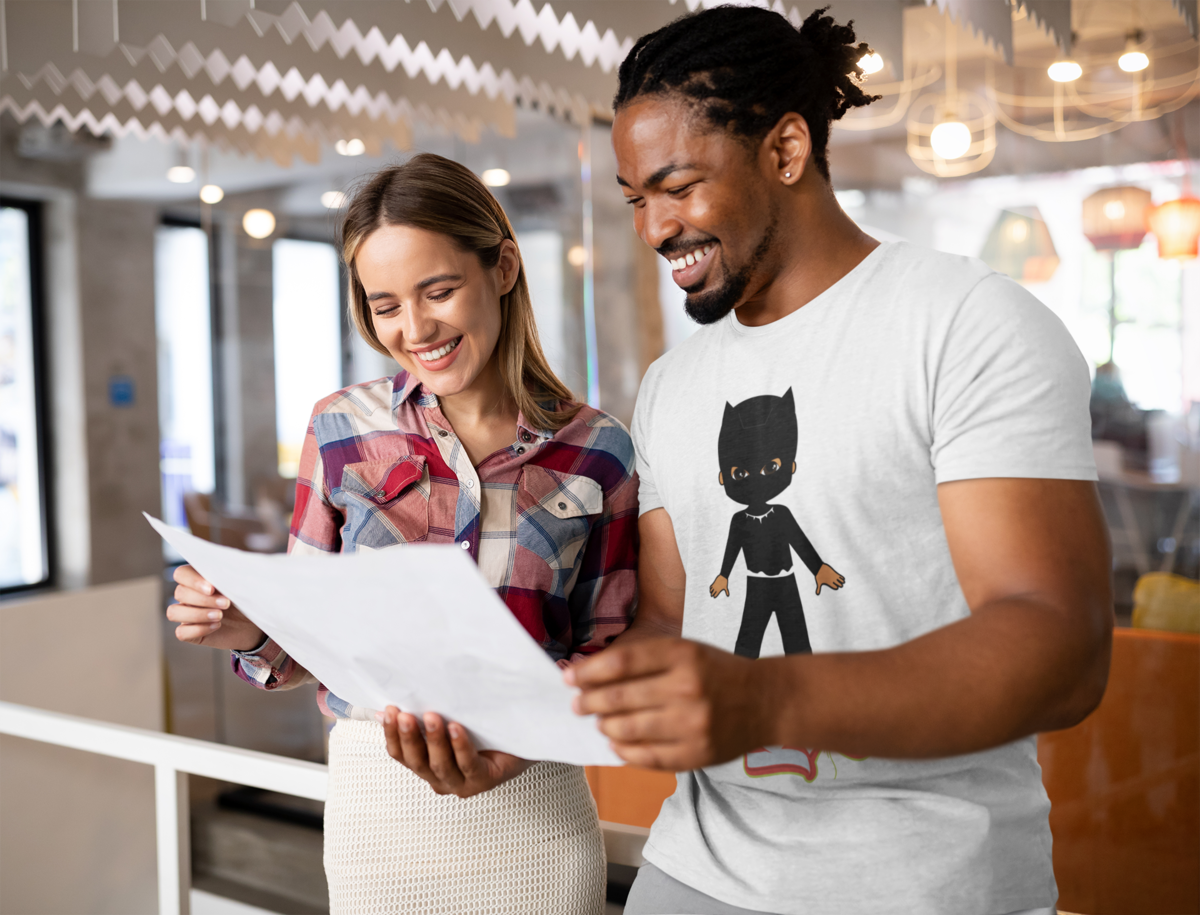 Being a small business owner often means wearing a number of different hats. How many of you act as the CEO, the general manager, the accountant, the salesperson, the computer technician, the secretary, the receptionist, etc.?

Many entrepreneurs try to chase too many targets at once and end up overwhelmed rather than focusing on their business. They spend all their energy carrying out daily tasks leaving little time for the most important part of their business - their own business! 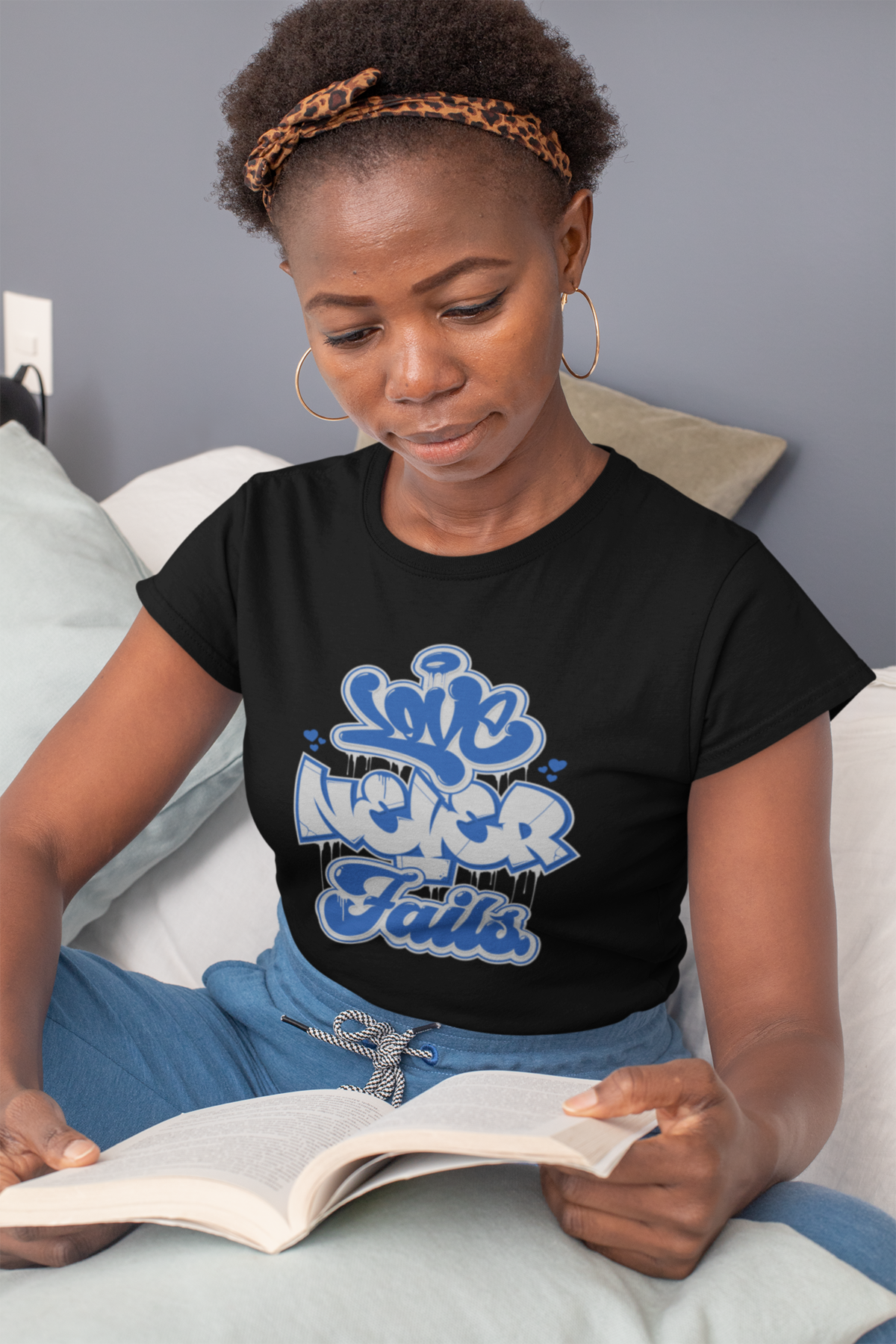 What’s your idea of the good life?

Maybe you have a page long bucket list; there are things you’d like to do and places you want to do.

Many think of the good life as living in luxury and rubbing elbows with the rich and famous.

They'd have household servants at their beckoned call.

We don’t have to be wealthy to experience the good life.

The good life is a blessed life.

“Blessed is the man
Who walks not in the counsel of the ungodly,
Nor stands in the path of sinners As a Holy Spirit led, Holy Spirit filled emcee, B.E.R.I.D.O.X. always attempts to write from the heart.  The Dumb Down Freestyle reminds the CHH Community and even the world to be pure in your motives.  It’s also a reminder to himself that grinding for Jesus is not for fortune or fame, it’s so that the Glorious name of Jesus the Christ can be lifted up in the earth.  Jesus said "if I be lifted up from the earth, I will draw all men unto Me".  That’s the goal, that’s the true purpose, get peop The 20-foot-high piece ‘The Embrace’ depicts the famous hug between the two civil rights leaders after MLK Jr. learned he had won the Nobel Peace Prize in 1964
Read more… 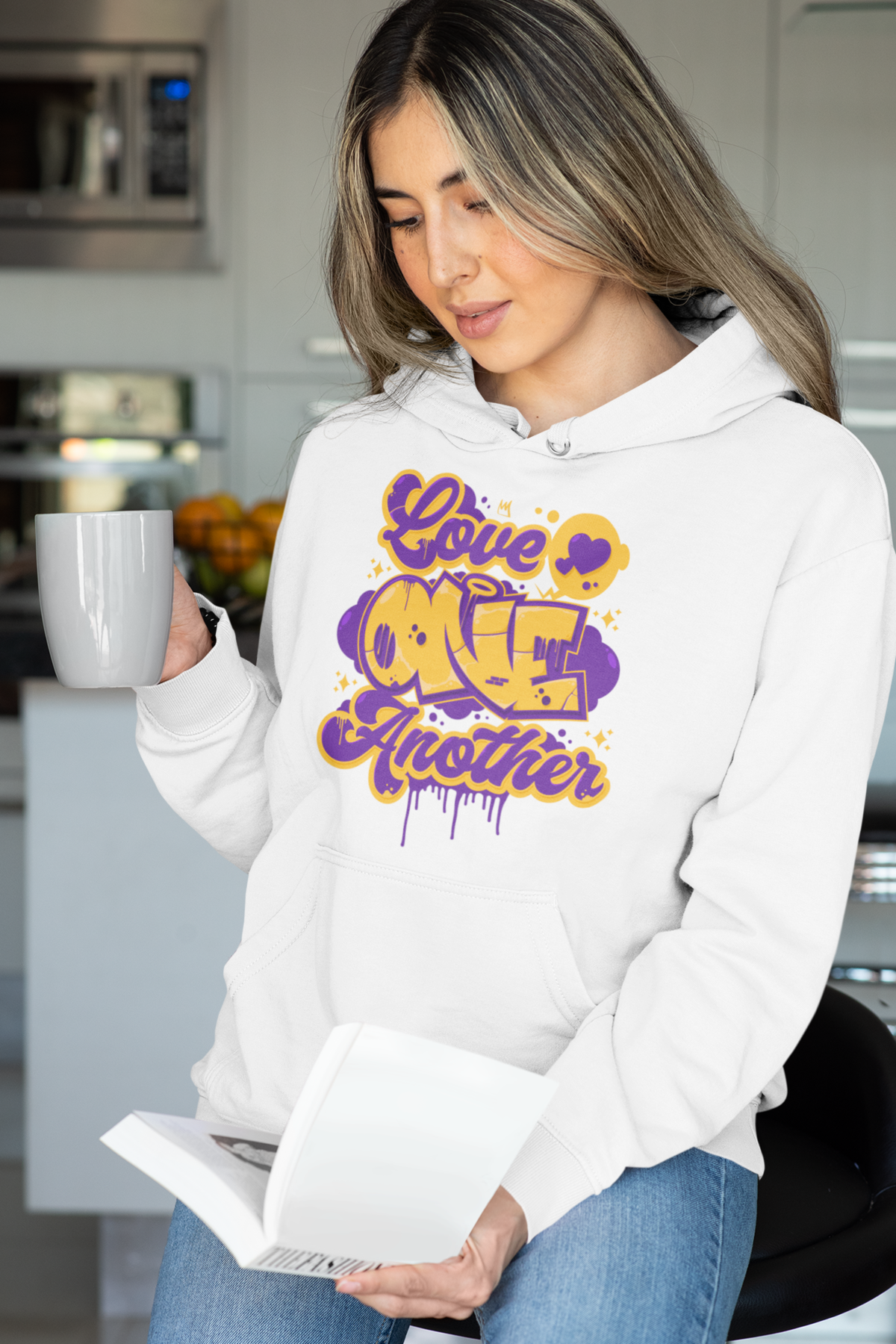 Elijah prayed, “O Lord, God of Abraham, Isaac, and Israel, let it be known this day that you are God in Israel, and that I am your servant, and that I have done all these things at your word (1 Kings 18:36b ESV).”

Elijah’s faith and obedience inspires me.

At times I’m afraid or discouraged.

“Ahab told Jezebel all that Elijah had done, and how he had killed all the prophets with the sword. Then Jezebel sent a messenger to Elijah, sa 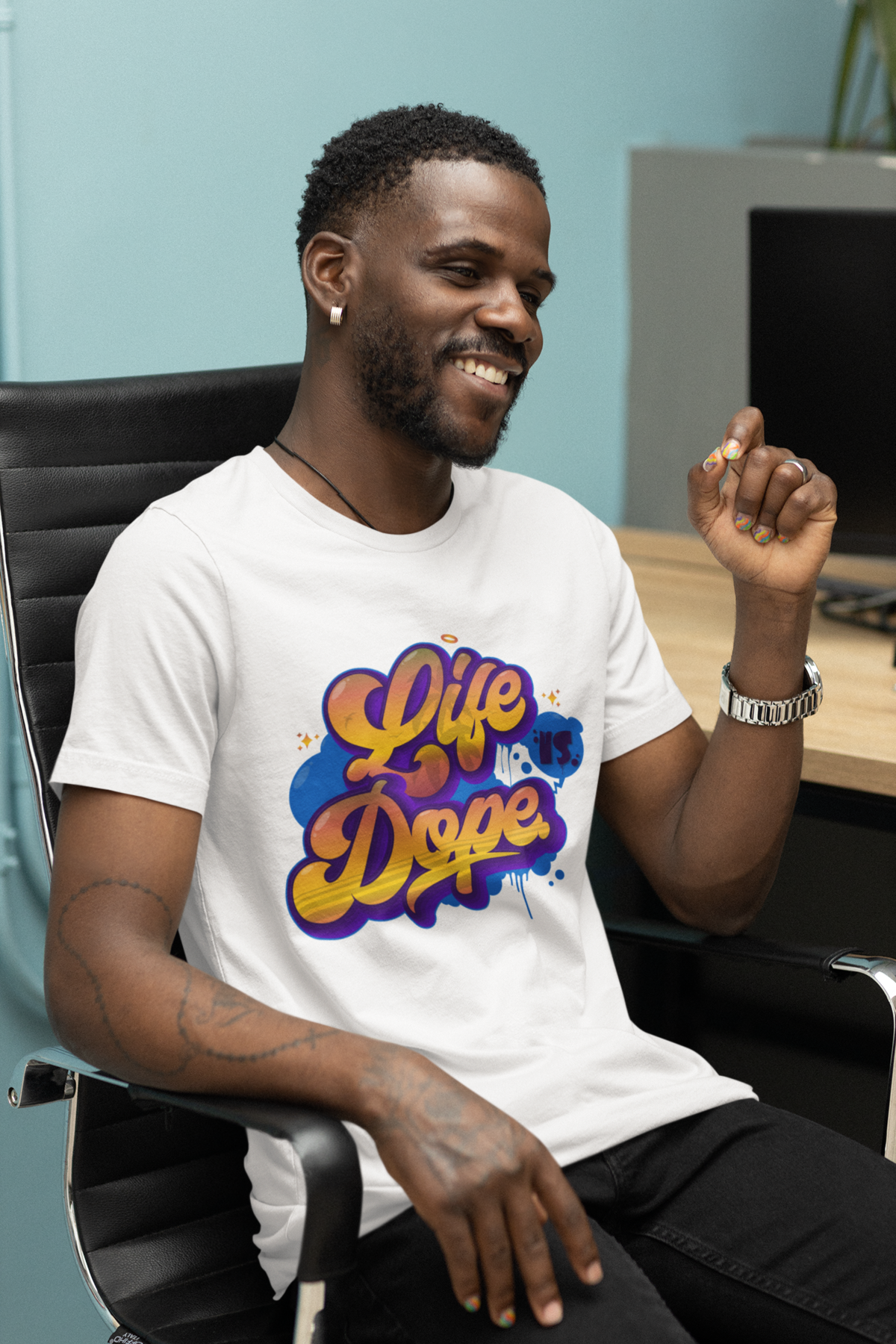 If you’ve ever had things fall apart at work, you’re already quite familiar with upheaval at work. It happens every time you get a new boss, or they start making significant policy changes. Though let’s face it, even those small changes in the office can create tension and make it difficult to get things done.

Dealing with upheaval at work isn’t hard, though, so long as you keep your head. The next time things get complicated, try these tried and true methods to get you back on track. Kerry Washington (The School for Good and Evil) will exec produce and star in Six Triple Eight — the WWII drama that Tyler Perry is writing, directing and producing for Netflix, which has now entered production. She’s joined in the ensemble by such screen icons as Sam Waterston (Grace and Frankie), Susan Sarandon (Thelma & Louise) and Oprah Winfrey (S 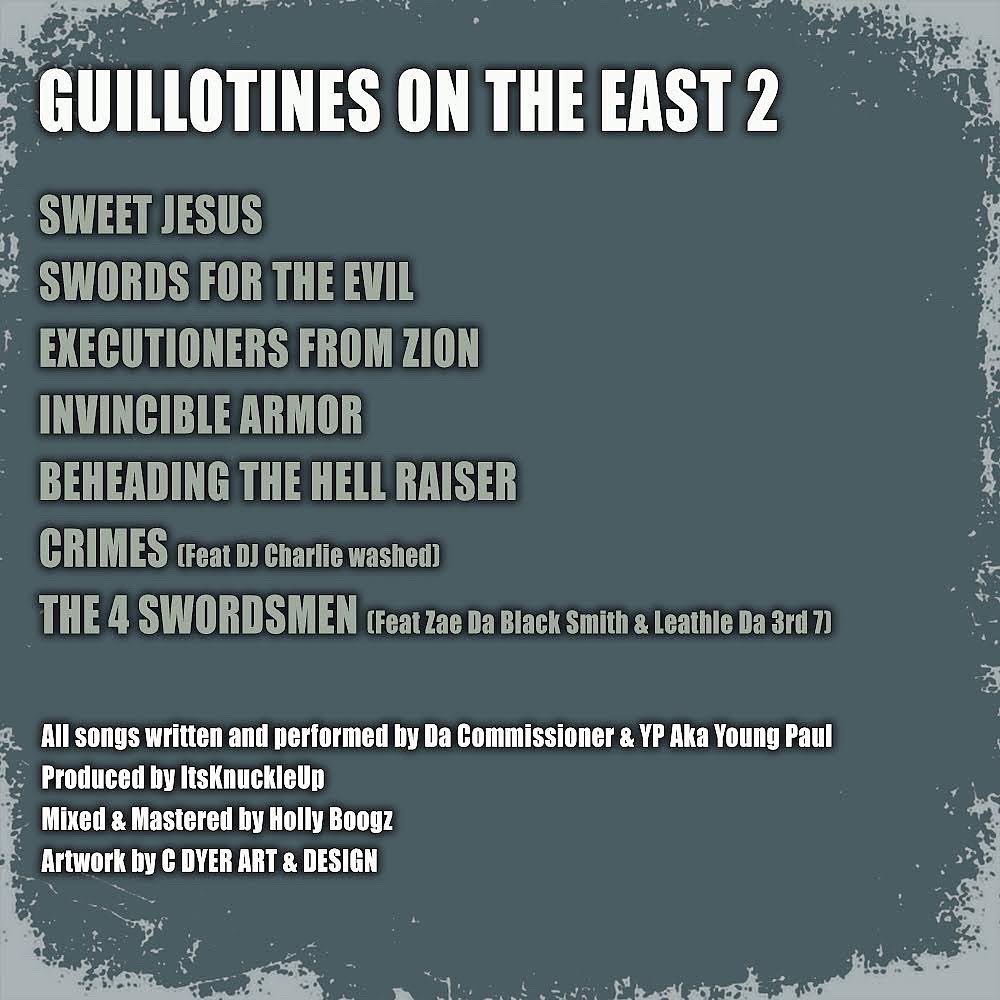 In 2022, the guillotines were raised on the East as New York emcees YP aka Young Paul and Da Commissioner began an uprising against the forces of evil that seemingly have America tightly in their grips. There were no words that were mixed; none of the punches were pulled; backing down was not an option. The result was one of hip hop’s hardest hitting EPs of the year, one that recei 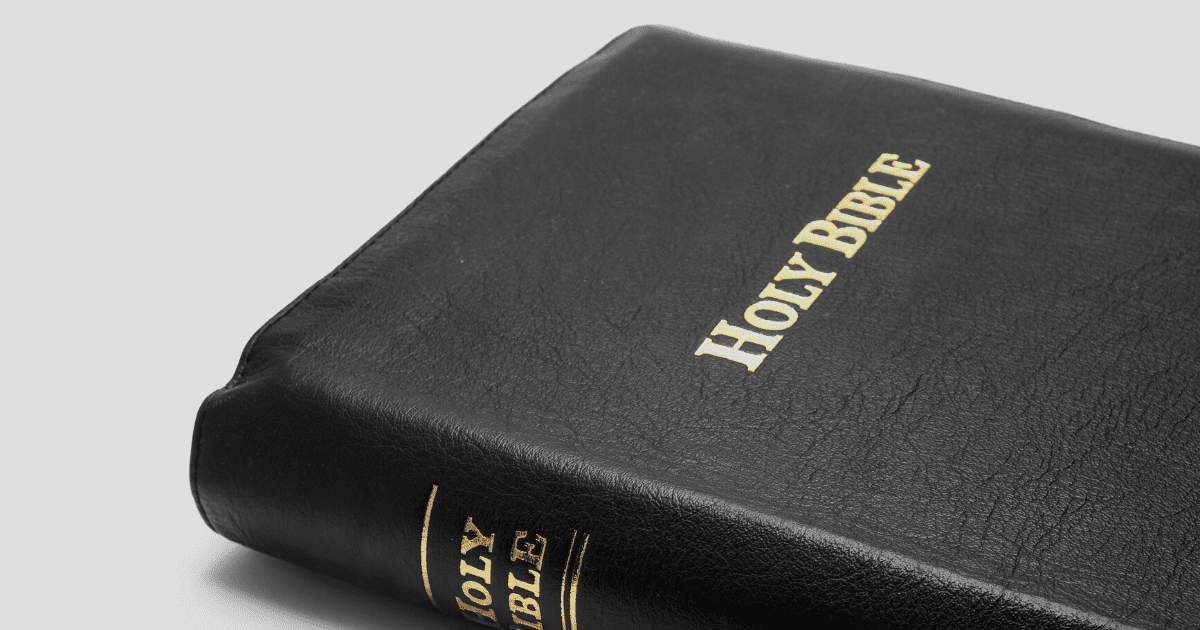 What is the Bible? Is it possible that it contains errors or mistakes? Listen as we discuss the context, culture and historic narrative that make up various translations of the Bible.
Source: Holy Culture 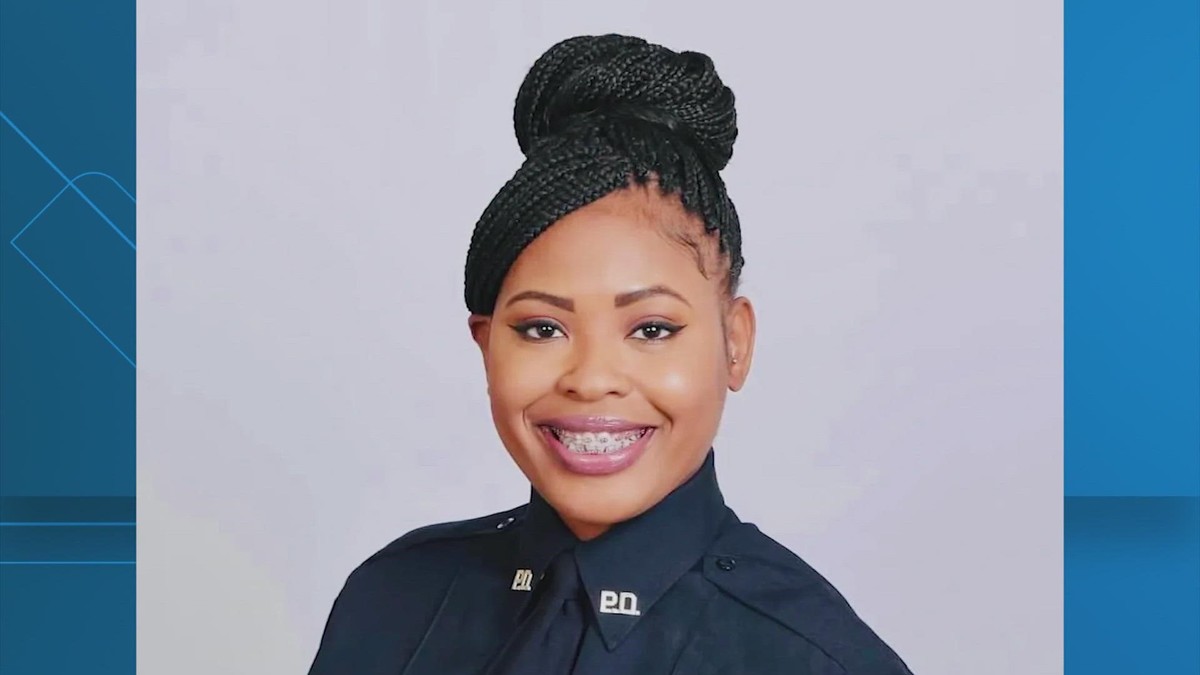 Last spring, Williams launched a long-shot bid for Houston mayor. Now, she is being accused of beating her boyfriend with a baton in an incident that w 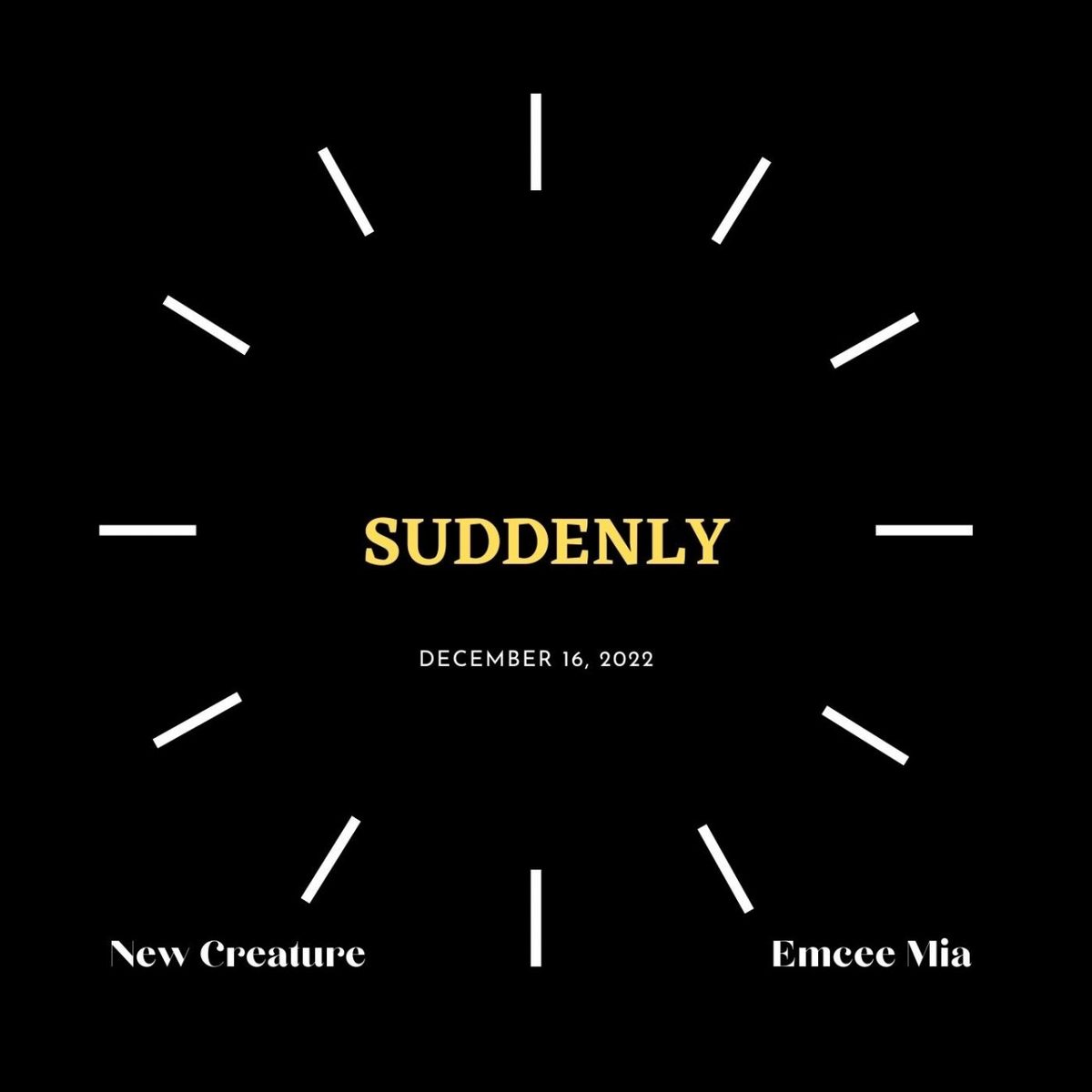 New Creature, a new artist on the scene, teamed up with Emcee Mia to collaborate on a song that was birthed out of testimony, out of pain, and out of leaning ALLLLL the way on the Most High God to come through SUDDENLY!

These two artists were reminded during the making of this song that God has the final say and wanted to remind the body of Christ of the same that He came SUDDENLY before and will come SUDDENLY again! 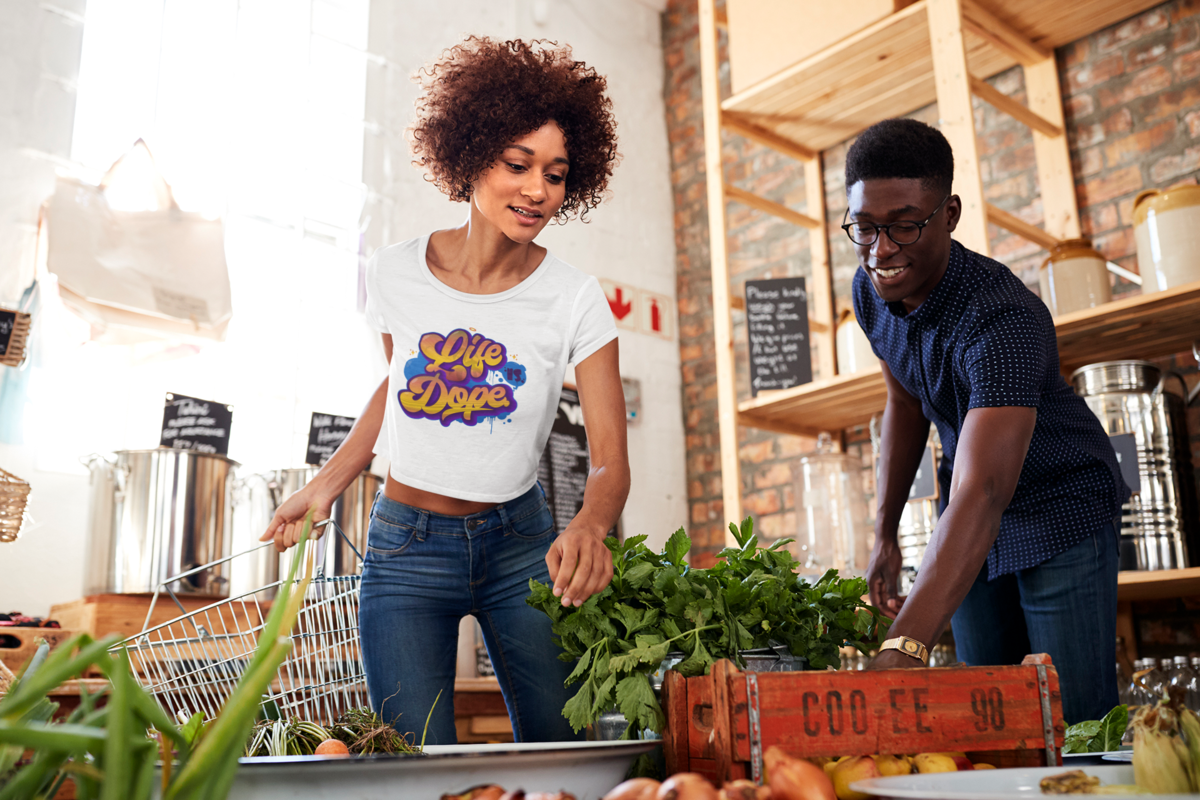 It’s no secret that antioxidants are incredibly beneficial to good health. It’s believed the antioxidants in food can help prevent cancer, reverse or slow aging, enhance your immune system, increase your energy and improve heart and other organ health.