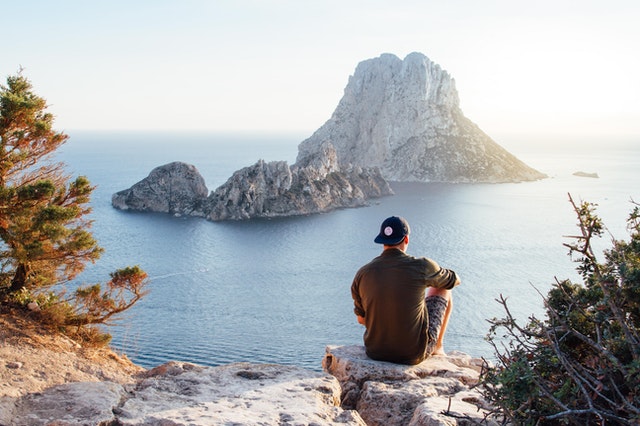 Many of us try to be spiritually perfect. We balance work, family, finances, church, friends, Bible study, praise and worship and prayer like an overloaded waitress, with an armful of precariously tipping plates. It's often too much. We ultimately hit the floor, exhausted and moaning.

But that is not acceptable.

In church we sing about being overcomers, being able to do all things in God. ALL of them. It's true. We can. The Word of God is very clear that when we focus on the Lord and depend on Him for strength, even the smallest faith can do mighty miracles.

But we still fail and hit the ground.

So where do we go for encouragement? To the Word of God. We look at Moses, at Joshua, at Paul and at David, and we feel inadequate, as we didn't lead people out of oppression, conquer cities, or spread the Gospel despite huge odds and... Sorry, hang on. Did I just list David as a perfect role model of a spiritual giant? I did.

So then, how do you react to this?

"Word soon reached Joab that the king was weeping and mourning for Absalom. As all the people heard of the king's deep grief for his son, the joy of that day's victory was turned into deep sadness. They crept back into the town that day as though they were ashamed and had deserted in battle.

The king covered his face with his hands and kept* on crying, "O my son Absalom! O Absalom, my son, my son!"

Then Joab went to the king's room and said to him, "We saved your life today and the lives of your sons, your daughters, and your wives and concubines. Yet you act like this, making us feel ashamed of ourselves. You seem to love those who hate you and hate those who love you. You have made it clear today that your commanders and troops mean nothing to you. It seems that if Absalom had lived and all of us had died, you would be pleased. Now go out there and congratulate your troops, for I swear by the LORD that if you don't go out, not a single one of them will remain here tonight. Then you will be worse off than ever before." " 2 Samuel 19:1-7 [* 2 Samuel 18:33]

That does not sound like the David I know. I admit that he had his failings, but the Psalms overflow with faith and his ability to press through anything. This man was a battle hardened warrior with over thirty years of service under his belt. I read this account of David losing his son and almost feel uncomfortable. My biggest hero really lost it, at a time when as a leader, it was a poor decision for both strategy and morale.


Let's look closer at this. King David had lost his son. But that son was a sociopath who had deceitfully taken over the kingdom and had defiled ten of his father's wives, in public. Should that diminish David's reaction?

David's raw emotion and vulnerability is what makes him so strong a role model. We can relate to him because he is so much like us. I often battle with being like Jesus. It's not just the problem of trying to become holy, it's just that as much as I adore Him, I cannot relate to Him. He had a connection with the Father I should hope to achieve, but realistically, I don't even think is possible for me. Others may be able to do it, but me? Sadly, no. But David. I see David struggle, rejoice, sin, repent, bounce back and I relate. He's far more human and real to me because he sometimes just loses it.

In our modern, western society, where we hold emotions in, we need David so badly. Men in particular need to be reminded that the toughest, best and most successful men cry: and often in public. "David walked up the road to the Mount of Olives, weeping as he went. His head was covered and his feet were bare as a sign of mourning. And the people who were with him covered their heads and wept as they climbed the hill." 2 Samuel 15:30

"I am worn out from sobbing.
All night I flood my bed with weeping,
drenching it with my tears.
My vision is blurred by grief;
my eyes are worn out because of all my enemies." Psalm 6:6-7

In the Psalms, David also freely weeps a number of times, including over the sins of his fellow Israelites. Being a real man, or woman of God, means you don't have to smother emotions and always look strong. It means you can react with raw honesty: spread the contents of your heart out before the Lord, and allow Him to deal with whatever stresses you are under. Psychology tells us not to hold it in, and the Bible backs this up.

Lamentations 2:19 (on sin) "Rise during the night and cry out. Pour out your hearts like water to the Lord."

1 Peter 5:7 "Cast all your anxiety on Him because He cares for you."

Falling down is human. At times, we need to fall in order to allow the Lord to lift us up, and set us on the right path. What matters more than falling down, is how we get back up again. When David collapsed over the death of Absalom, he got up again.

"So the king went out and took his seat at the town gate, and as the news spread throughout the town that he was there, everyone went to him." 2 Samuel 19:8

From there he prepared to return to his throne in Jerusalem and rule until Solomon was anointed King. That didn't mean he stopped grieving, inwardly and outwardly. Knowing David, he would have depended on the Lord for help to get through this unbearable pain.

Not wanting to ask for help, or show weaknesses, is a trait of the flesh; it is not a godly one. The Word never asks us to suck it up and push pain away. Instead, we are encouraged to admit our sin and frailty, and to take our sins and grief to the Lord. That is the way of the righteous.

As David admitted his weak moments...

"My heart pounds in my chest.
The terror of death assaults me.
Fear and trembling overwhelm me,
and I can't stop shaking." Psalm 55:4-5

"Give your burdens to the LORD,
and he will take care of you.
He will not permit the godly to slip and fall." Psalm 55:22


~~~~~~~~~~~~~~~~~~~~~~~~~~~~~~~~~~~
For more information on King David, please have a meander through the King David Project Facebook page, our web site and our blog, "Masada Rain." The blog houses many useful resources on studying, David plus bits and pieces of information which don't neatly fit into article form. Please ignore dates and use the search feature to find what you want. The web site has resources on David's family tree, life and the Psalms. All content is creative commons and non-profit. Sharing of the project's work would be deeply appreciated.

This article by Cate Russell-Cole is under a Creative Commons Attribution-ShareAlike 4.0 International (CC BY-SA 4.0)