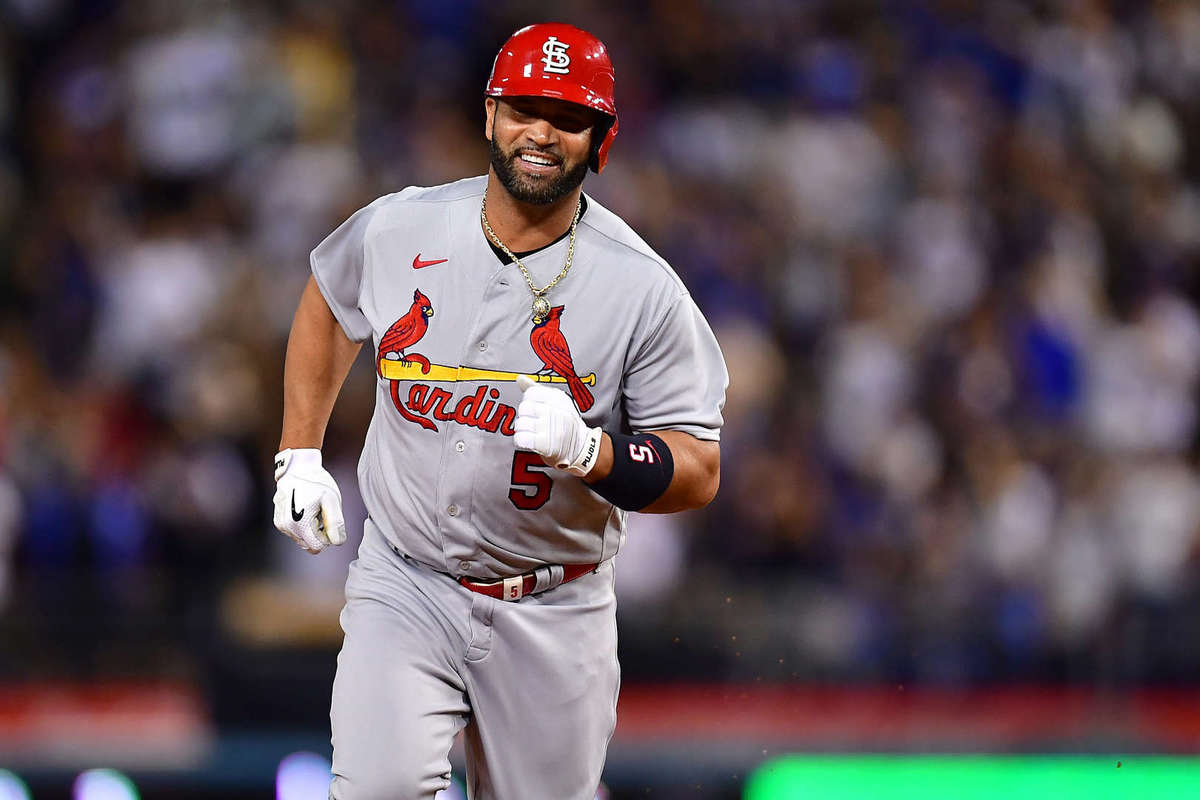 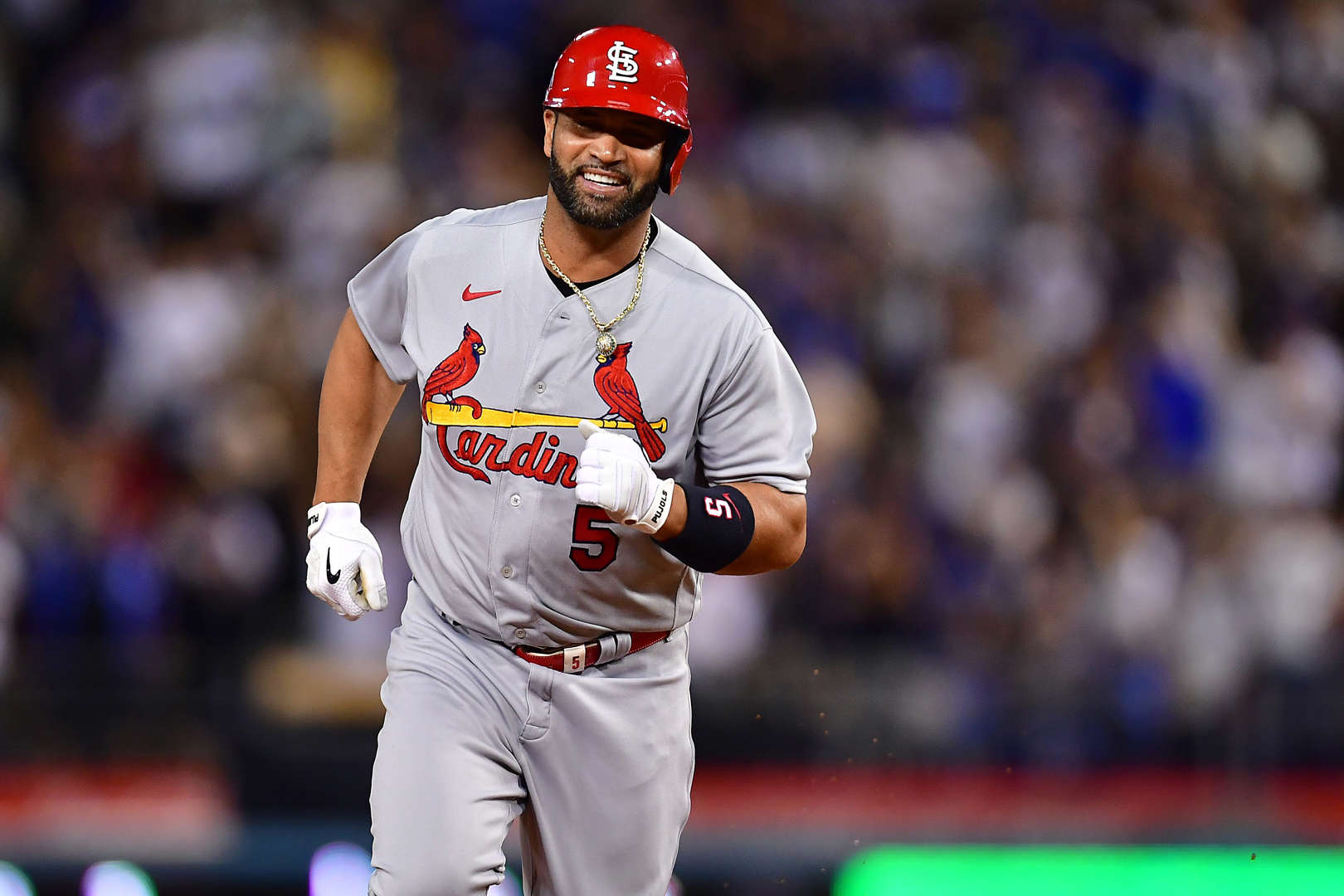 Albert Pujols smiles as he rounds the bases after hitting his 700th home run. (© Gary A. Vasquez, USA TODAY Sports)

In what may be a fitting capstone to a Hall of Fame career, Albert Pujols on Friday connected for his 700th home run as a major leaguer, a feat accomplished by only three other sluggers in baseball history.

The milestone homer – Pujols’ second of the night – came in the fourth inning off Dodgers right-hander Phil Bickford, the latest of a record 455 different pitchers who’ve given up at least one round-tripper to Pujols over his 22 MLB seasons.

The Dodger Stadium crowd of 50,041 gave him a standing ovation when he came back out of the dugout to acknowledge the cheers for his historic blast. Chants of “Al-bert, Al-bert” came from fans behind the Cardinals’ dugout.

“It’s pretty special,” Pujols said of reaching the milestone. “When it’s really going to hit me (is) when I’m done, at the end of the season and I’m retired. Probably a month or two after that look at the numbers. You know, don’t get me wrong. I know where my place stands in this game. ”