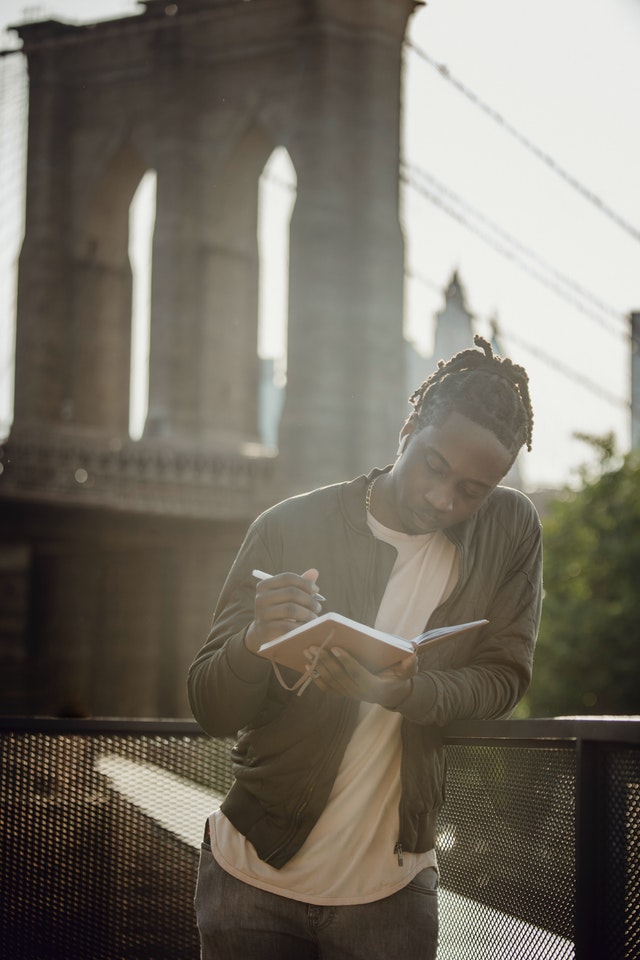 The Concept of A.I.M was born out of necessity while I was writing (well more to the point attempting to write) my book called Financial Dignity. The book took many years to research and develop but I was to realise just now much of the time was taken up doing nothing. Many months would go by without me even lifting a pen, tapping a key on the word processor, or turning a page. In between times I would feel highly motivated and would get stuck into the research and bang out a few more pages then do nothing for months.

In the introduction of Financial Dignity I refer to my age at the time and recall quite clearly when I realised I was 3 years older than when I had first started writing the book, but it was still nowhere near finished. I shudder to think that those 3 years had crept up on me so swiftly. The inexorable movement of time had caught me out while I was looking the other way and I had wasted so much of it. Then it had dawned on me why I had not finished the book I had started to so long ago. I knew I was not lazy and worked hard and enthusiastically when motivated. The mistake I had made was waiting for the motivation to happen.

I thought “Well if I only work on this thing while I feel like it will take for ever”. I was stunned and demoralised and that nearly ended book writing for me. Without the stimulating ‘high’ of motivation the task was just to enormous. Give up! Give up! Pestered the little voice in my head. I think it is human nature to subconsciously take the easy route, to do the more pleasurable things in life and leave the difficult things to last or just hope they go away. I was torn between wanting to complete the book I had persevered with for so long and quitting to do something easy.

I suppose my motivation cycle like most others would go from high to low. The high producing a burst of frantic effort and activity followed by a burn out where you are physically, mentally and creatively drained. I found this took a long time to recover from and it had a de-motivating effect. The problem was the time when I was not motivated; I was not motivated a lot longer than I was motivated. Stoking up the motivation to write and continue pushing your brain to work after a hard days graft ‘at the day job’ is very difficult.

Just doing the time filling, wasteful things like watching TV takes its place all to easy.

A Eureka moment came at 4 o’clock one morning when I awoke with a moment of clarity that often follows a good night sleep when the mind does that marvellous peculiarity of unravelling and sorting the problems and discourse of the day.

“The real problem was not how to get motivated more. It was what to do when I was not motivated”.

The question was how was I to motivate myself to work at something for an hour or two following a hard days work? The Answer was simple “DON’T ”. Don’t wait for the motivation, just take some action every day if you feel like it or not. The action to take is ‘do the next task’ and don’t try to eat elephants whole! Split the project into smaller more manageable and less daunting chunks.

The habit of taking action

In practice I found to my delight reduced periods of energy sapping high motivation and the inevitable un-motivated down time that followed. It was replaced with a steady state where you are achieving on a regular basis, motivated or not.

To start with, it will take will power and effort. If you persevere and keep doing it, it will embed in your subconscious and become habitual. You will be able to carry out the task with hardly a conscious thought.

My preference was to come in from the day job, get a drink (Tea!) and then…just do the next task, which could be research, writing up, editing, whatever useful task needed to be done (sharpening pencils does not count as a task!!!). Doing it at the same time of day everyday trains your mind and body to anticipate what is going to happen next and become habit forming. Once I had acquired this habit of taking Action the new pages to the book started to accumulate along with new Ideas and inspiration. Seeing the book starting to take shape after so long then motivated me to do more and help reinforce the habit of taking action.

“If you want to achieve something just do the next task. Ideas and motivation do not just happen you need to AIM for them”.