PAUL PIERCE Breaks down The Five Toughest Players He Ever Guarded Right now, the NBA is in the midst of a point guard era. The level of play at that position has been elevated so high that the performance of the primary ball handler often dictates which team will win a game. But this wasn’t always the case. Go back five or six years and the NBA was dominated by some of the most talented and physically dominant wing players to ever play this game. And most nights, I was in charge of figuring out how to stop them on defense.

I’ve faced many, many gifted players throughout my career, but in my opinion, these five guys were the toughest to guard. 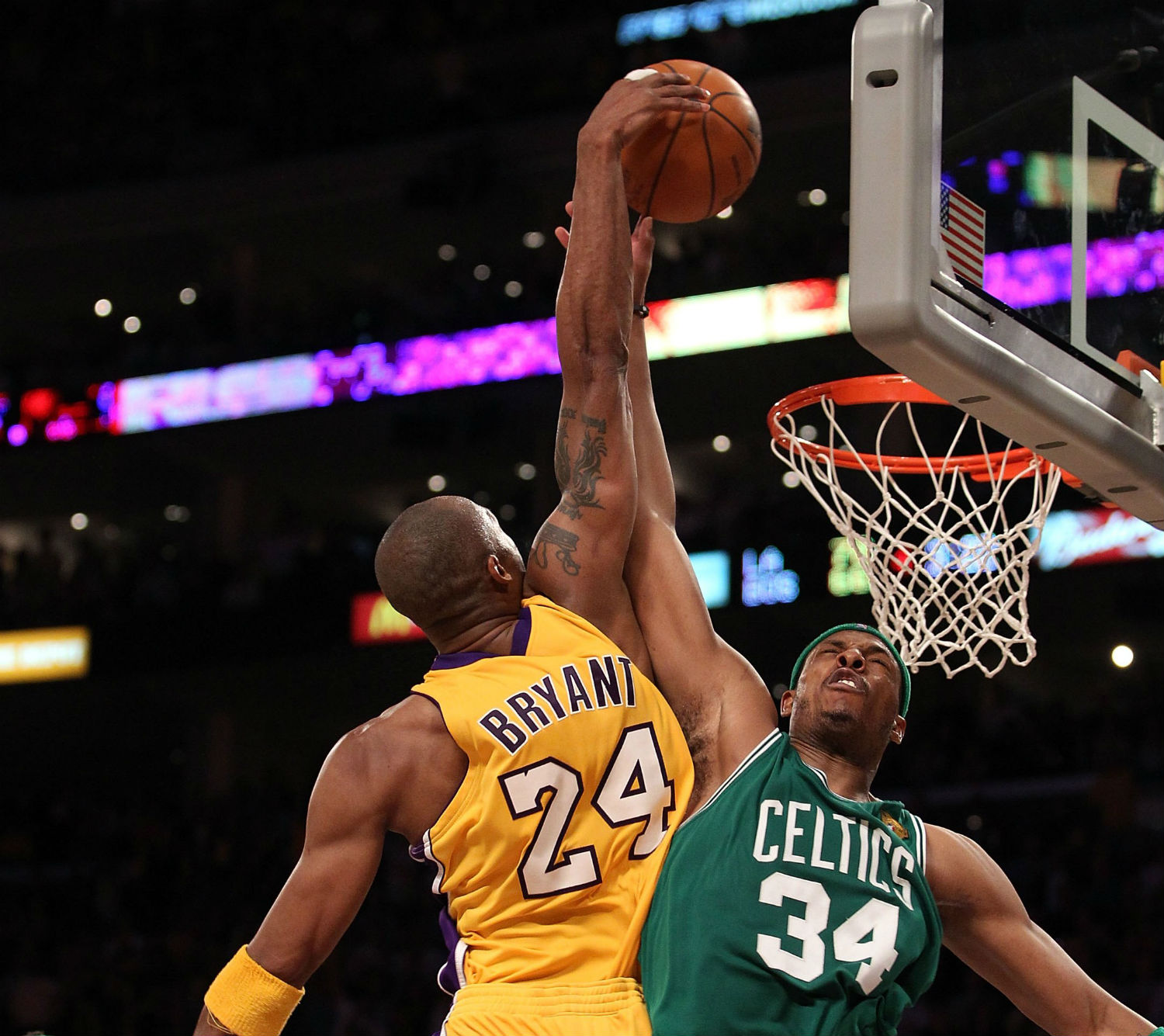 I still remember watching his 81-point game. I think everybody who watched that game remembers where they were — it was one of those special moments in sports. I was sitting in my basement with my friends playing dominos and I looked up at a TV and saw what was happening and said, “Hold on, we gotta watch this!” I couldn’t believe my eyes.

Kobe has the mentality of a basketball serial killer. He’s going to come at you every single way possible and he’s not going to let up. His mentality — his killer instinct — is what separates him from the other guys on this list, because once Kobe knows he has you, he’s going to keep attacking you. He’ll throw you down, beat you up and even when you’re knocked out, he’ll keep hitting you.

Kobe wants to destroy his opponent every night, and his desire to do so is second only to Jordan. I never had to play against Michael when he was with the Bulls, so Kobe is the closest I’ve come to facing that type of determination in my career.

One of the toughest games I remember playing against Kobe happened in Boston. I think he made seven or eight shots in a row on me. So we come into the huddle during a timeout and Coach is looking at me with a face that I knew meant he wanted me to switch off of Kobe. And the rest of the guys on the team could see what was happening and they were looking at me too. Finally they bring up that maybe we should switch and put a different guy on him, and I yelled, “Hell no! I’m going to guard him! I got this!”

He ended up missing the last nine shots of that game with me on him, and we won. But the stat sheet is still vivid in my mind. Kobe took 47 shots. Forty-seven. No one has ever taken 47 shots on me. Most games a team will get up 81 to 89 shots.

What you have to understand about Kobe’s game is that by taking that many shots, he’s meticulously wearing down the defender until he breaks them. He’s made a career out of making guys lose confidence in their defense and then continuing to attack them. He’s won five rings doing that.

If you want to have any defensive success against Kobe, you can’t break. That’s much easier said than done. 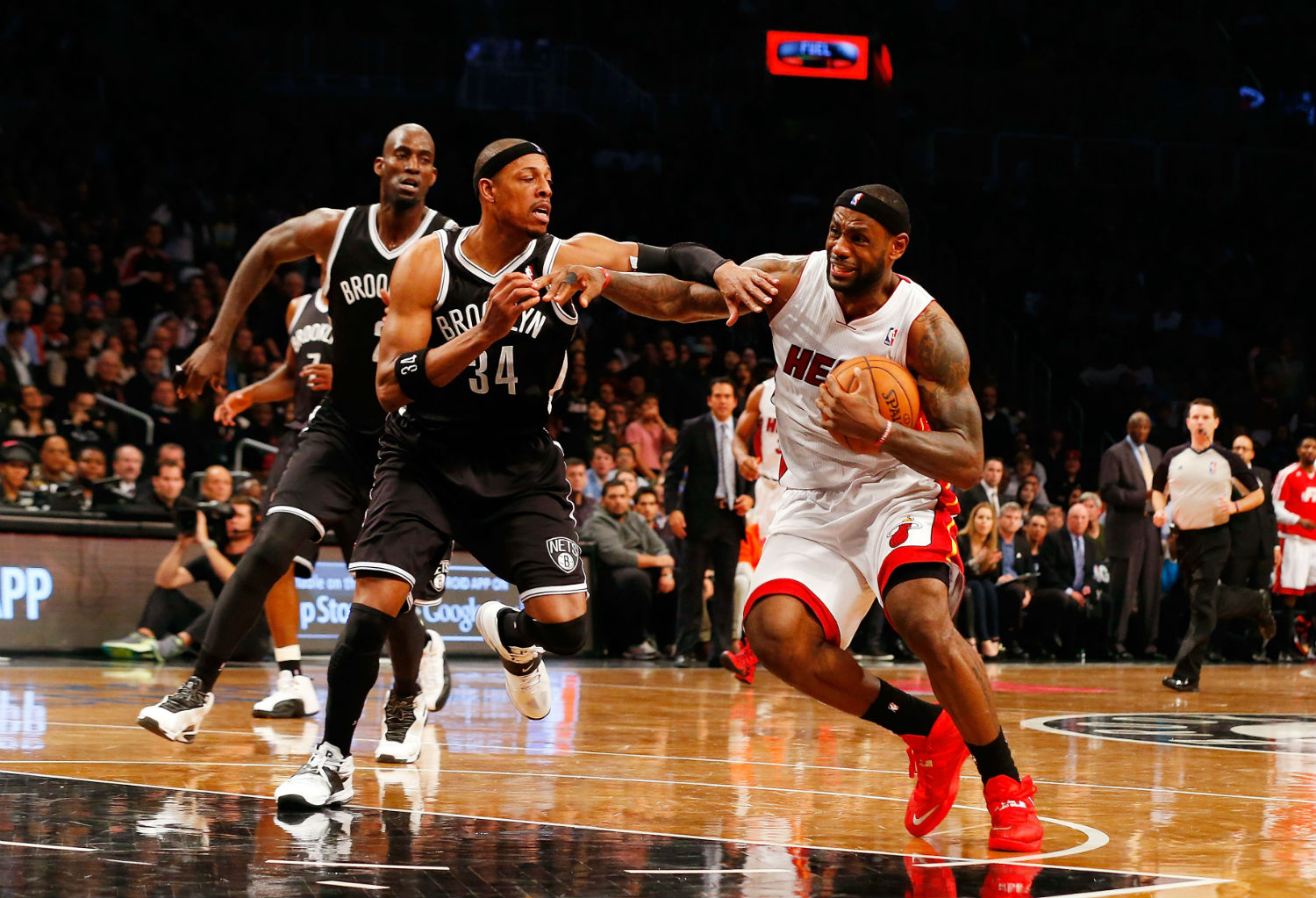 How ridiculous is that?

And at his size, he’s still hands down the most athletic and fastest player in the league. Who ever heard of a guy that’s 6-8, 260 lbs being faster than everybody else in the NBA — and stronger?

Like a lot of top players, you just have to hope LeBron isn’t feeling it the night you face him. Once he takes his first step off the dribble, if he gets to the side of you, there’s no staying in front of him. He’s just too strong when he gets his shoulder into your chest. And he’s also one of the best finishers with his left and right hand that this league has ever seen.

And when he’s not physically dominating his opponents, he can also pick your team apart with his passing.

His style of play just wears you out over the course of a game. He’s constantly drawing fouls and getting and-one opportunities. The only way to stop LeBron from getting an and-one is to straight up tackle him. Slapping down on his hands simply won’t work — he’s too strong.

He’s just a caliber of physical specimen that this league has never seen before. A lot of the other guys I talk about on this list are tall, wiry, skinny athletic types, but LeBron is just as athletic as they are, but he’s also stronger and faster.

You can bet that after you guard LeBron, you’re going to be sore all over for the next few days. 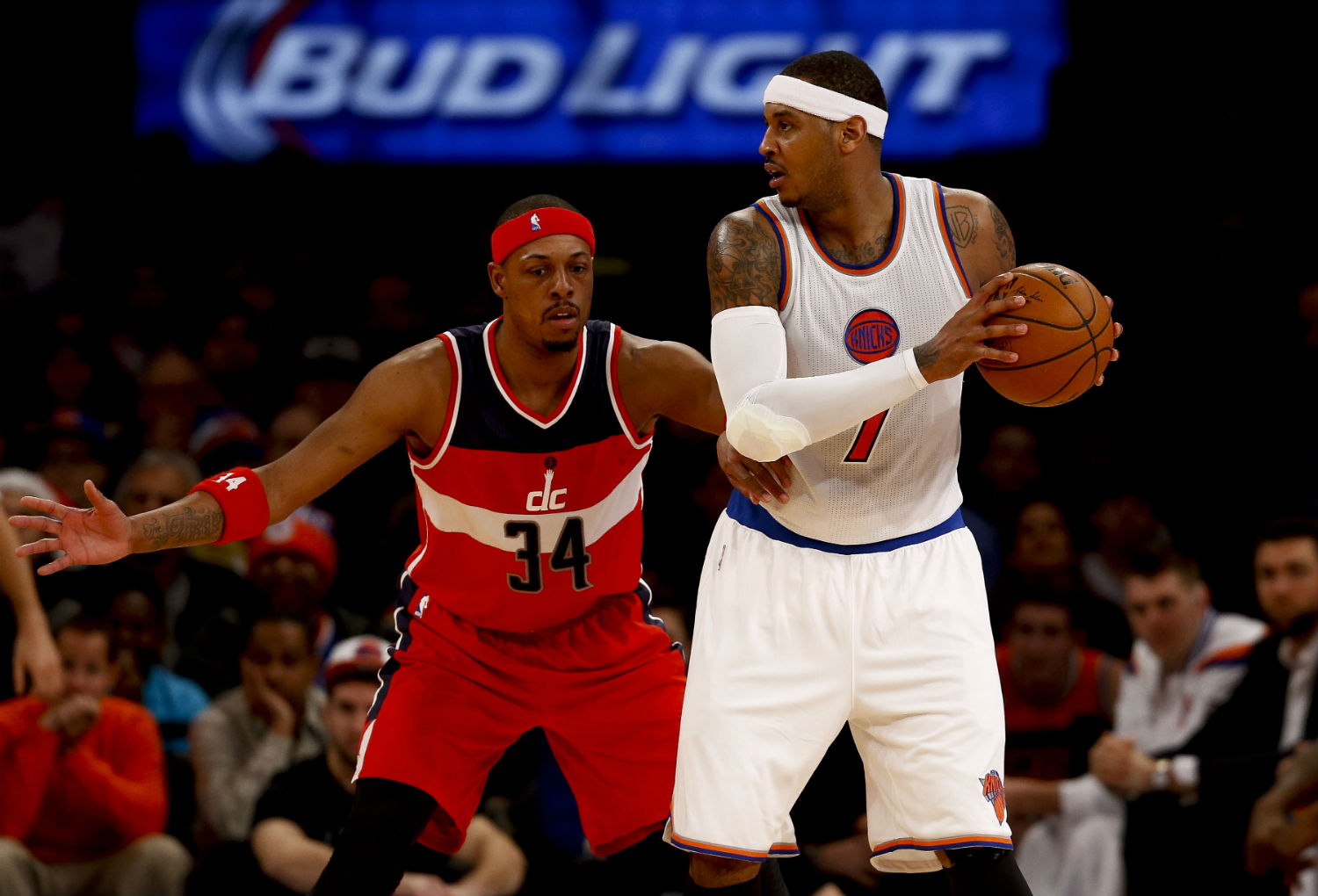 If I had to single one guy out who is the most difficult player to guard in the league, it would have to be Carmelo. He’s a unique blend of being big, strong, and athletic while also having a world-class shooting touch and a natural ability to get to the rim. That’s what sets him apart — every facet of his game is elite.

Some great players will have one or two particular skills that make them special. But Carmelo can do everything, which puts you in a baaad situation as a defender. A lot of guys might shoot better from certain areas, so you try to force them elsewhere on the floor. Carmelo doesn’t have a spot on the floor where he can’t consistently hit shots.

In my opinion, his combination of physicality and shooting touch is unmatched in the NBA. You can’t take one second off when you’re matched up against him.

Kobe is one of the best scorers in NBA history, but I don’t have as much trouble with him in the post as I do with Carmelo. LeBron is a great post-up player, but if you get him to settle for the jumper on some nights, you might be able to slow him down if his shot is off. That’s not the case with Melo. If you give him space to shoot, he’ll make it many more times than he misses it.

To put it plainly, he’s not a fun assignment on defense.

But then again, none of these guys are.