When P-Dub and Bizzle collaborated to release their Best Of Both Worlds: Knowledge and Zeal mixtape, people were impressed.

When they got together and released a full-fledged album, Best Of Both Worlds: The Album, on Feb. 7, people didn’t just talk about how nice P-Dub and Bizzle were on the mic or how tight their beats were—they went out and purchased their album.

So many people purchased their digital download on iTunes that it debuted at no. 7 on the iTunes hip hop charts and made its mark on three Billboard charts.

Recently, I got a chance to talk to Bizzle and P-Dub about their latest success, life and what’s coming up for the two. 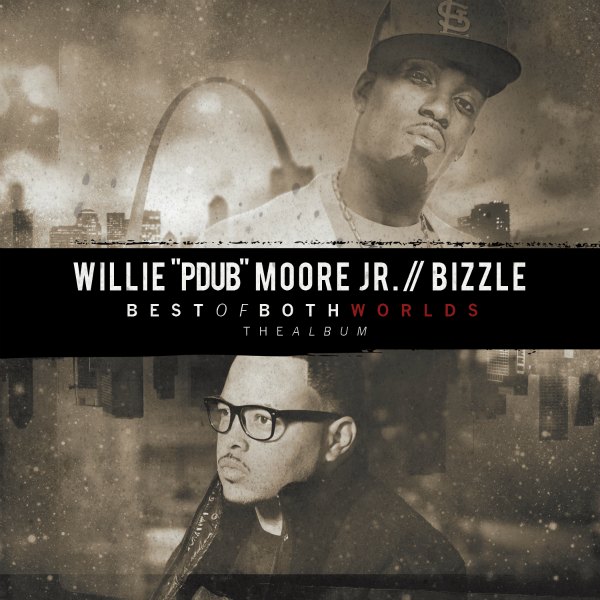 TO:  What does it mean to you guys to have your album debut in the 10 on the iTunes Hip Hop charts and chart really well in the gospel, Christian and heat seekers categories?

Bizzle:  It feels good. It definitely adds excitement to the release. I just see it as a bonus though-- an extra blessing that reassures us that people are being reached.

Though albums sold don't necessarily equal souls saved, we know that seeds are being planted. I believe as long as we keep aiming for God and not the charts, He will keep putting us there anyway.

P-Dub: We see this as a true act of the God. We’re on an indie label but the Lord saw fit to give us a glimpse of what is to come in the near future. We know it won't be long before we see the top spot.

TO:  Why is your album the best of both worlds? What is each of you bringing to the album musically?

Bizzle:  We named it Best of Both Worlds because P-Dub sings and I rap; so if you listen to both rap and R&B, you can pretty much get a taste of both and be satisfied without having to change cds.

In all humility, I believe that both of our gifts are dope and we both have worked at our crafts for a long time, so when we come together neither of us has to shoulder all the weight. It makes for a pretty good balance.

P-Dub:  Well, Bizzle is the greatest rapper alive in my eyes. He brings a Christ-centered message with the edge of the streets depicting a message that all people can relate to, Christian or unbeliever.

I am a soulful singer that loves to tackle the subject matters that people can relate too.  Songs like "Ends Meet" bring a soulful picture of a person serving the Lord, but is torn between the streets and the breaking process of life.

Musically when we mesh, these two worlds together you get the best of both!

TO:  If you had to choose one song as the best on your album, which would you choose?

Bizzle:   I honestly couldn't choose one because it changes from week to week. I'd probably say  “Ends Meet,” “Final Call,”  “Get No Better” and “Long Day.” That's the best I can do in narrowing it down. LOL.

P-Dub:  It's impossible to choose just one.  One week I was in love with "Get Low," a song on how to stay humble and still being able to obtain more grace from the Lord. This week I am in love with a song called "Love Comes."

This song speaks of being ready when Love Comes to you. We are due to shoot a video for this one in the next few weeks. It will be directed by Hollywood actor/director Kel Mitchell of Nickelodian’s Keenan & Kel and the classic comedy movie, Good Burger fame.

TO:  Bizzle, you’ve gotten nearly 1 million views on your You Tube video “Some Explaining to Do.” And P-Dub’s gotten more than 25 million song plays on Myspace and 200,000 fans on sites such as Facebook.

It seems as if you guys have the social media thing down pat. What tips do you guys have for Christian musicians and “the little guy” trying to reach a larger audience online?

Bizzle:  Honestly, I have no formula. There are too many people who have done what I've done and have not gotten the same results. Just keep chasing GOD and I believe that when you fall in line with HIS will, HE will make the rest happen for you.

And it's probably safe to assume that shifting his focus to the water may have been what caused the problem. So metaphorically speaking, don't focus on the water…focus on CHRIST!

P-Dub:  First and foremost you have to trust that God has called you to a music ministry. Sometimes people choose music to hide behind instead being called to it.

Next get a good product that’s Christ centered and begin to build your base of faithful listeners and build from there.

If you get 10 people to listen keep those 10 equipped with music until they tell 100 people about you and watch your fan base grow. Even when it’s hard trust that God is developing your character and bringing the best out of you.

TO:  What’s coming up for you guys? Any plans for future collabos?

Bizzle:  Well, we are both working on solo projects with no release dates in mind yet. I will be dropping a "God Over Money" Mixtape and then focusing on my Artist Bumps INF for a minute as his project is next up. We will definitely be touring, but as for the dates and cities, you have to stay tuned.

P-Dub:  I am currently working on a new album for relationships. Whether you are married, dating or just emotionally drained, it’s something on the album for you. Bizzle is working with Platinum Producer Boi 1da from Canada on his new album.

We have at least three forthcoming great videos for the Best of Both Worlds album and they are sure to be life changing.

TO:  Anything you want to add that I didn't ask?

Bizzle:  I just praise GOD for the opportunity to be used.

P-Dub:  Last but not least, we are asking everyone to go to iTunes and get the new album Best of Both Worlds and experience music that's edgy enough for the tough days, soft enough for the softer days and centered in the Love God through Jesus Christ.

Follow us on twitter at @pwillie1 & @mynameisbizzle. Remember "The past is history, the future's a mystery, the present is a gift that’s why they call it the present.