We May Need to Get Rid of the NFL Pre-season. What do You Think? 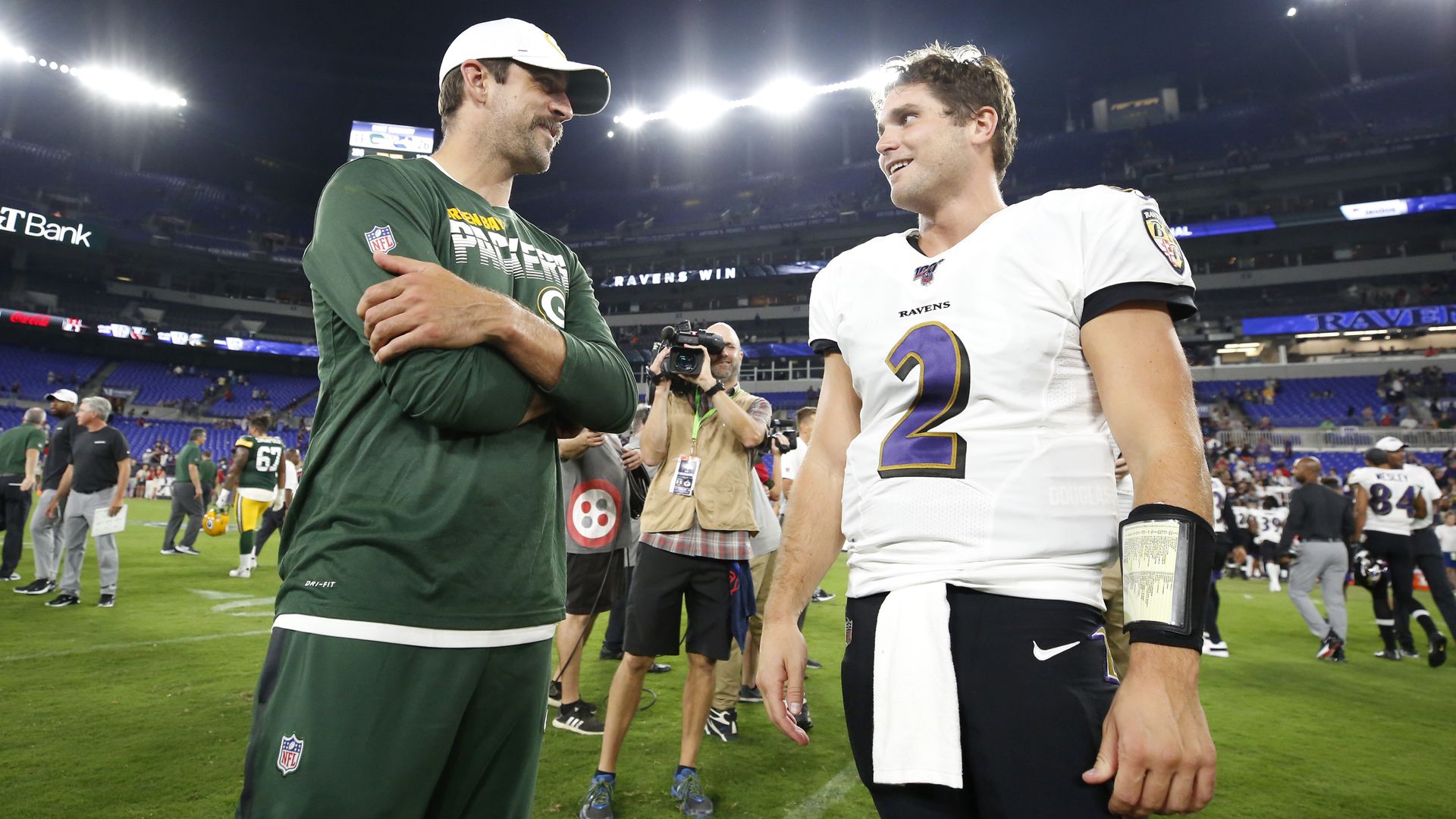 Carolina Panthers quarterback Cam Newton grimaces as he receives attention on the sideline after an injury in the first half of an NFL preseason football game against the New England Patriots, Thursday, Aug. 22, 2019, in Foxborough, Mass. (AP Photo/Charles Krupa)

A cash-grab in Canada, leading to what didn’t even qualify as a glorified scrimmage on an 80-yard field.

The Falcons charging top dollar to cheer for a quarterback last seen trying to make the Patriots as a receiver.

The NFL preseason needs to go.

If there was any way to cancel the final week of friendlies, that would be just fine with us. Since such an option isn’t really feasible, let’s make it the swan song for what has become the height of the league’s arrogance: a month-long slog of meaningless exhibitions that serve no discernible purpose other than ill-gotten gain for billionaire owners.

At least they had the right idea in Philadelphia, where a preseason game between the Eagles and the Baltimore Ravens was halted with nearly 12 minutes remaining. Allegedly, there was lightning in the area. Maybe someone just forgot to turn off the flash on their cellphone. Whatever the case, no one really complained.

ICYMI — and we hope you did — the penultimate round of exhibition games began Thursday night with needless pain and drama for one of the league’s most prominent players, a debacle north of the border that was right out of the playbook of a fledgling startup like the short-lived Alliance of American Football, and more than enough “who the heck is that?” moments to persuade even the most die-hard of preseason supporters (seriously, does such a person even exist?) there must be a better way to get ready for the actual season.

— Let’s start in Foxborough, where Newton dropped back to pass for the Carolina Panthers, got tripped up by a New England rusher and tumbled to the turf with a sprained left foot. The 2015 NFL MVP already was coming off an injury plagued season. Now, this. Newton left the stadium in a walking boot and didn’t speak with reporters, though general manager Marty Hurney is “cautiously optimistic” he’ll be ready for the Sept. 8 regular-season opener against the Los Angeles Rams.

— Moving on to Winnipeg, where football is normally played on 110-yard fields and features the rouge, they came up with a set of rules that aren’t used on either side of the border for the Caesars Palace Raiders vs. the Green Bay Packers Junior Varsity. You see, they had to take up the goalposts used for Canadian Football League games, since those would’ve been in the middle of the end zones on an NFL field. Trouble is, they apparently covered those spots with some shag carpet left over from a 1970s bedroom. Both teams expressed concerns about the safety of the turf, so the field was hastily shortened to 80 yards and there were no kickoffs.

In keeping with the amateurish feel of the game, the Packers decided to sit 33 players, including star quarterback Aaron Rodgers and running back Aaron Jones. (Rodgers, it should be noted, hasn’t played at all during the preseason, so he’s got the right idea.) The Raiders countered with a B-team of their own, sending out a lineup that didn’t include quarterback Derek Carr or receiver Antonio Brown (we won’t even get into that).

— Finally, we take you to … well, pretty much any stadium that was hosting a preseason game. If you like paying NFL prices to watch guys who’ll soon be trying out for the XFL, you’ve come to the right place. But for the sake of clarity, we’ll go with our personal favorite: Atlanta Falcons “quarterback” Danny Etling. A couple of weeks ago, the former college QB was trying to make it in New England as a receiver. He wound up being claimed off waivers by the Falcons, who are giving him a shot at his former position after injuries derailed their plans to develop a third quarterback.

With little knowledge of the playbook, Etling spent most of the night just running around in a 19-7 loss to Washington. Yes, those seven carries for 48 yards show he’s got potential if the Falcons ever switch to the wishbone. But if they’re looking for a legit NFL quarterback, even one who’ll be nothing more than a scout teamer behind Matt Ryan and Matt Schaub, then completing 2 of 6 passes for 19 yards is not encouraging.

Then again, that’s pretty much par for the course during the preseason.

Since most teams probably have no more than a half-dozen positions that are really up for grabs on the 53-man roster, it doesn’t make much sense to play anyone of significance — and, if so, certainly not for an extended period of time. Why risk a season-ending injury to a player who’s already locked up his spot?

Some teams have started holding joint practices with other teams, which seem much more productive in getting prepared for the season. And let’s not forget: college teams don’t play any preseason games, yet they get along just fine by practicing and scrimmaging among themselves leading up to the season.

NFL owners have pushed the idea of reducing the preseason from four to two games, while increasing the regular season from 16 to 18 games. The players, understandably, have been reluctant to add two more real games to a schedule that already is brutal on their bodies. But they might reconsider if preseason games are dropped altogether, especially if it comes with some sort of across-the-board increase in salaries.

No doubt, some difficult negotiations are on the horizon as the two sides try to bang out a new collective bargaining agreement.

But there is one thing we should all agree on after a night like Thursday.

The preseason needs to go.