The Week In Rap: Natalie Lauren says Lack of Opportunities isn't always sexism but a lack of quality in their craft, PAUL PIERCE Breaks down The Five Toughest Players He Ever Guarded

video of the weak

PAUL PIERCE Breaks down The Five Toughest Players He Ever Guarded Right now, the NBA is in the midst of a point guard era. The level of play at that position has been elevated so high that the performance of the primary ball handler often dictates which team will win a game. But this wasn’t always the case. Go back five or six years and the NBA was dominated by some of the most talented and physically dominant wing players to ever play this game. And most nights, I was in charge of figuring out how to stop them on defense.

I’ve faced many, many gifted players throughout my career, but in my opinion, these five guys were the toughest to guard.

Tyler Perry Says he Felt Like he Was ‘On Fire’ When Laying Hands On... 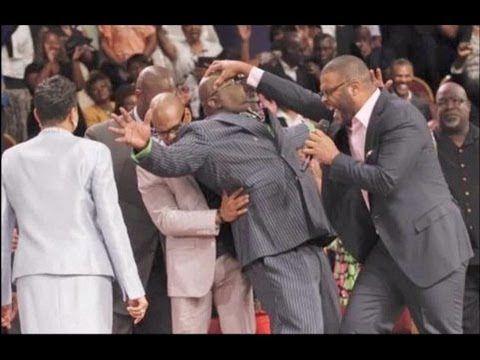 Actor and filmmaker Tyler Perry opened up about the time he prophesied over T.D. Jakes, saying, “I was on fire, and I couldn’t hold It.”

Perry recently sat down with CBN’s Studio 5 in New York City, to discuss his new book, Higher Is Waiting. During his candid interview, he opened up about the video that went viral of him praying and prophesying over megachurch pastor T.D. Jakes. The “Madea” actor admitted it was not his first time doing something like that.

Academy Award-winning actor Denzel Washington is the star of the new film, “Roman J. Israel, Esq,” and in a recent interview the actor said that although Christians know Jesus died for our sins, they still forget.

The Christian Post sat down with Washington and the director/writer of “Roman J. Israel, Esq,” Dan Gilroy, and they explained that they both prayed and read the Bible every day while filming the Columbia Pictures film.

“I was reading about this today in my prayer and meditation. It is so difficult to trust that Jesus died for our sins because the mind never shuts off, especially in this world when you’re given all this information,” Washington shared of his faithful devotional time with God.

Hip-Hop artist Sivion talks about his career in Christian rap, his future plans, and current artists he respects now. Read part one of this interview where he talks about Deepspace5 and his album Dark Side of the Cocoon.

What has changed about music since your last release (4 years ago)?

Sivion: Right now I think it is crazy how many artists have figured out a way to make a good living doing rap music full-time. Even in the underground, artists are tracking their streams and using all of their analytics and resources better. Many have started tapping into licensing and other income streams. It's really encouraging to watch. The independent market has really forced the record labels to do things the right way if they want to stay relevant in representing artists and getting the opportunity to earn revenue from their talents. Illect Recordings has been treating me right for nearly a decade and a half, so I have no complaints. Seeing some of my label mates get licensing placements for entities like ESPN, Fox, etc. is super cool to me.
Read More Here
5 Ways We Can Lead People Better

Being a leader is tiring. When I was pastoring in Buffalo in the early 90s, I was responsible for EVERYTHING. You name it, I did it:

Visit the hospitals and sick. Check.

Lead worship. Check. (I am still apologizing to Jack Hayford for my rendition of Majesty.)

Looking back, I am reminded that effective leadership is not in all the responsibilities or tasks we have, but rather in how well we develop the processes needed to accomplish them with excellence. We often lose sight of the fact that leadership, at its most basic level, involves the leading of people.

This means that we need to develop priorities in our leadership aimed at being efficient and effective with our time and energy.

I want to outline five ways that pastors, ministry leaders, and Christians as a whole can start to think through their leadership priorities. Read More Here Former Oregon coach Chip Kelly has been named the next head coach at UCLA, agreeing to a five-year contract worth $23.3 million with a $9 million reciprocal buyout, the school announced Saturday.

“I am thrilled to welcome Chip Kelly to Westwood,” said UCLA director of athletics Dan Guerrero in a statement. “His success speaks for itself, but more than that, I firmly believe that his passion for the game and his innovative approach to coaching student-athletes make him the perfect fit for our program. ‘Champions Made Here’ is more than just a mantra at UCLA, and I’m confident that Chip will lead UCLA Football back to competing for championships. I’d like to thank Josh Rebholz, Casey Wasserman and Troy Aikman for their input during this process, as their candor, experience and support were invaluable.”

Read More Here
4 Reasons to Give Thanks for God’s Redeeming Work by Dena Johnson M...

I’m not sure I fully understood redemption until now. I know God redeemed us, purchased us with His blood to wipe away our sins. I know redemption comes in the form of paying for one thing with something else, such as Jesus Christ purchasing my life with His sacrifice on the cross. This redemption is a gift beyond any we could ever comprehend.

The Oscar winner says making the film did not make him more cynical about the justice system and, when asked about the prison-industrial complex, the “Malcolm X” star offered a surprising take.

When prodded to expand on his answer, the 62-year-old Mount Vernon native replied: “It starts with how you raise your children. If a young man doesn’t have a father figure, he’ll go find a father figure.

“So you know I can’t blame the system,” he continued. “It’s unfortunate that we make such easy work for them.” Read More Here

Cavaliers guard Derrick Rose has left the team and is seriously re-evaluating his future in the NBA, league sources told ESPN.

There is growing uncertainty inside and outside the franchise about whether he will return to the team, league sources said.

Rose has missed 11 of the Cavs’ 18 games this season, including the past seven because of a sprained left ankle. Rose’s increasing frustration with injuries is causing him to question his desire to continue playing, league sources told ESPN.

One team source told ESPN of Rose: “He’s tired of being hurt, and it’s taking a toll on him mentally.”

“Fedel is an artist that loves God, loves trap music, and loves his family.”

“I grew up as a preacher’s kid but I grew as my father being my greatest challenge. My father was extremely abusive, even to this day we don’t have a good relationship. My father felt that God put him on this Earth to make my life difficult.”

For most of his youth, Fedel lived in the hood in North Memphis, two doors down from a trap house. He says that he was drawn to the streets because they were the only thing that made sense in his life as a result of his home life. “I just was such an angry and depressed kid that people around me realized that I was a ‘bout it’ person.” Rapper Tedashii returns charged up anew with the release of his brand new single, “Way Up,” available for purchase and streaming across all DSPs via Reach Records today (November 17). “‘Way Up’ is a song about rising above and overcoming hardships,” Tedashii explains. “Which I, and all of us who face adversity are capable of exhibiting when we choose to never fold.” 
Download the Where Hip Hop Lives app and don’t just listen to music, be a part of the culture.

Uber may have to answer to Congress about data breach coverup 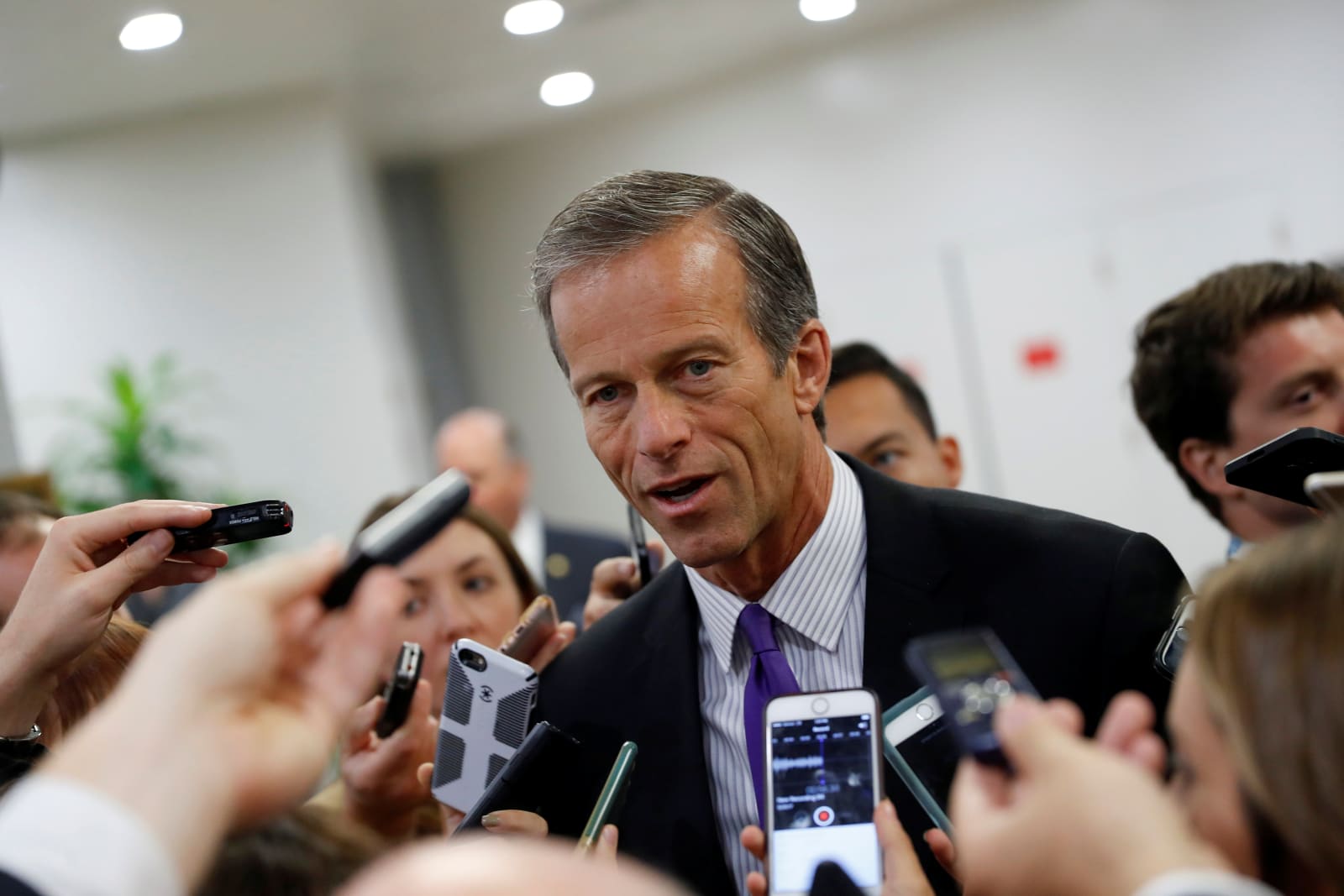 Five states are already investigating Uber's breach that exposed data on 57 million of its users, which the company hid for a year. But now the ridesharing titan will have to explainits actions to Congress. Five Democratic and Republican Senators sent a series of letters to Uber asking why it didn't inform customers sooner, whether it's working with law enforcement and how it will help the users affected.

Four Republicans headed by John Thune (R-SD), who lead committees overseeing tech, telecom, finance and data security, sent a letter to Uber asking when the company discovered the data had been stolen, when it had alerted authorities and if users' Social Security numbers were compromised. The lone Democrat Mark Warner (D-VA) inquired as to why Uber didn't have better security and why it didn't inform affected users earlier.

Why haven't Americans paid attention to the Rohingya refugee crisis The resilience of the refugees I met from Myanmar is a remarkable expression of the human spirit.