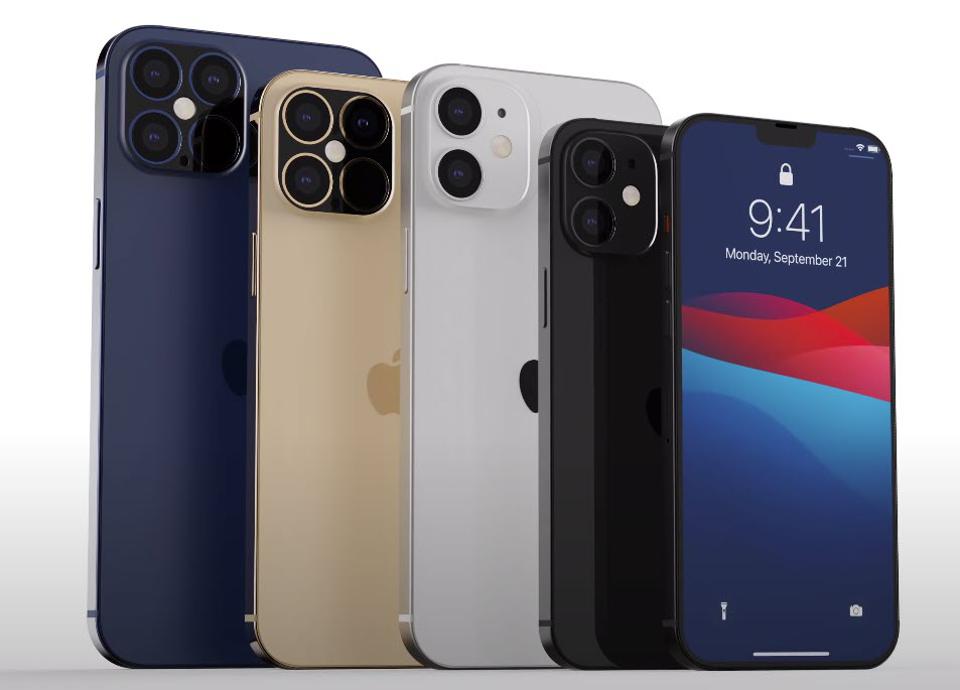 Apple has officially announced its 2020 flagship iPhones: the $999 iPhone 12 Pro and $1,099 12 Pro Max, featuring support for 5G and a new squared-off design that’s reminiscent of the iPhone 4. It’s also the first major redesign for Apple’s full-screen smartphones since it introduced the bezel-less design with the iPhone X in 2017. 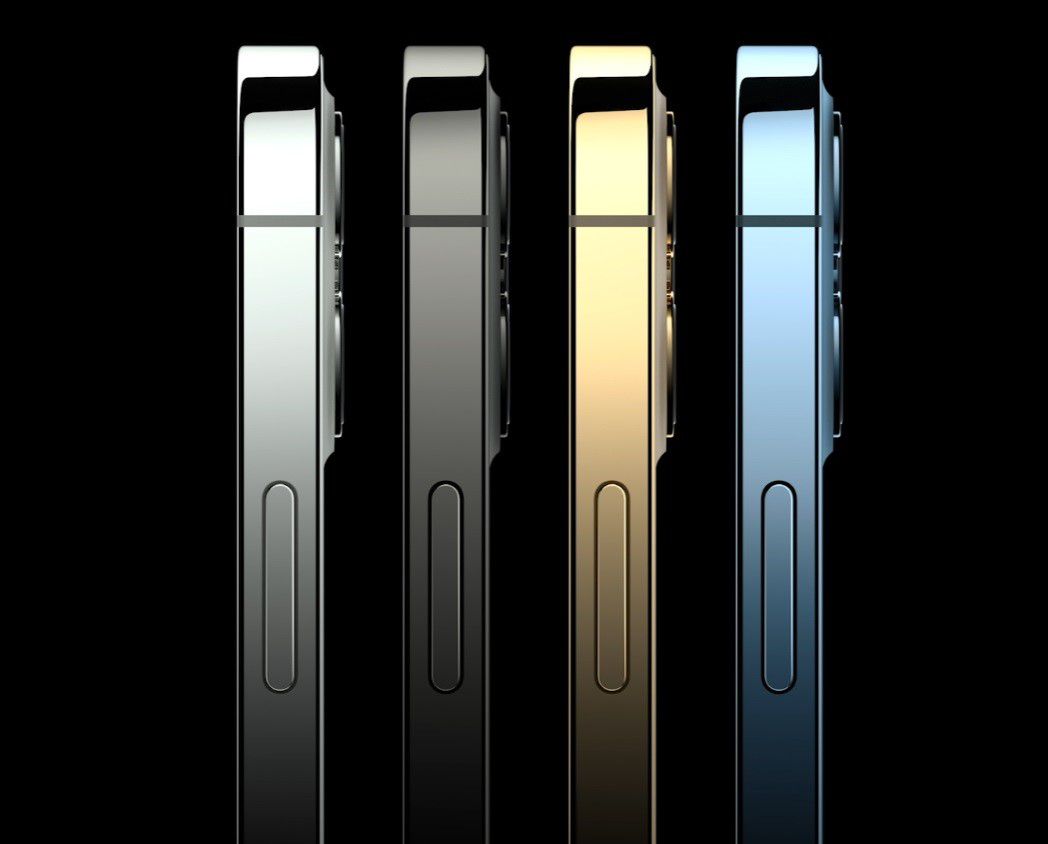 The new iPhone 12 Pro models will feature Apple’s A14 Bionic chip — first introduced on the refreshed iPad Air last month — which VP Greg Joswiak has previously said was the “most powerful chip ever made” by Apple. The new chip is Apple’s first to use a 5nm process (instead of the 7nm process used on last year’s A13 Bionic). Apple says that both the new six-core CPU and the four-core GPU are the fastest ever, with performance that the company claims is up to 50 percent faster than any other phone.One of the biggest new additions on this year’s models is 5G. The iPhone 12 Pro will support both sub-6GHz and mmWave 5G, meaning that both phones should work with all the various types of 5G networks from all three major US carriers. Apple says that it offers “the most 5G bands of any smartphone” promising that it’ll support a wide array of cellular carriers around the world and their various 5G standards.

Also new — and exclusive to the iPhone 12 Pro models — is a LIDAR sensor, which, similar to the iPad Pro, will be used for additional AR effects. Apple also says that the LIDAR scanner will be used to help focus in low-light situations, making autofocus for low-light photography up to six times faster. It also enables Night Mode portrait photography shots. 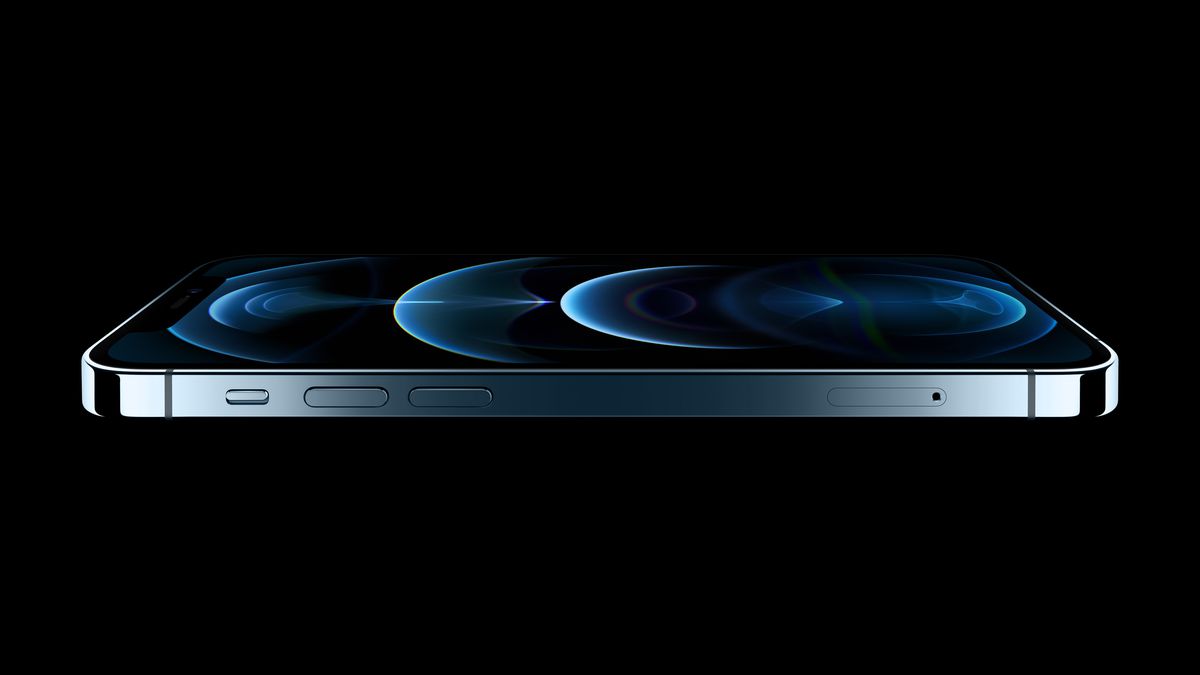 The new iPhone 12 Pro models also offer “Ceramic Shield” technology, which Apple says offers glass that’s tougher than any other smartphone display, with four times better “drop performance” when it comes to preventing your phone from cracking when dropped.

The iPhone 12 Pro Max builds out the camera system even further. There’s a new 12MP telephoto with a 65mm focal length that can optically zoom in up to 2.5 times. There’s a new wide camera with an f/1.6 aperture and a new OIS system. The wide sensor is also 47 percent larger, which combines with the lower aperture for 87 percent better low-light performance.

As rumored, the new devices offer a revised design, with flat edges reminiscent of the iPhone 4 and 5 models. According to Apple, the iPhone 12 is 11% thinner than the iPhone 11. And, there’s a new glass on the display, which the company says will offer better protection. Developed with Corning, the new glass is called Ceramic Shield, and according to Apple, it offers four times better drop performance. That display is an OLED, finally — which is now reserved for Pro models.

Both standard iPhone 12 models offer the new Apple A14 Bionic, which is the same chip found in the previously announced but not-yet-released iPad Air. The new chip is built on a 5nm process, which improves on efficiency and performance, and it offers Apple’s new four-core GPU design, which Apple says offers a 50% performance increase in graphics.

The camera is getting an update, too. Notably, Apple says that Night Mode is now available on all iPhone 12 lenses, including the front-facing camera. And the lenses offer a larger aperture, which helps make for better low-light performance — including during video capture.

As rumored, the iPhone 12 also now has MagSafe on the back, which can be used for a range of different accessories. According to Apple, this starts with making the wireless charging experience better, by better aligning the iPhone with a wireless charger. The magnets can also be used for other accessories, like a wallet sleeve.

Read more about the Apple iPhone 12