Hey ladies!! It’s Wednesday already???!!! I personally don’t know where time supposedly went but it seems as though we gained an hour, we lost time with the sweeping in of the cold and dark spaces as the sunlight begins to fade a tad earlier than we would choose.

Today’s game-changing woman is Rahab. Let’s be real, we have heard of her at least once or twice by a preacher who was considered controversial because he/she addressed her sin in a voraciously blunt fashion/ They described her as a “ho” or a “whore”. The gasps of the children who have only heard this word used in the contexts of songs and movies their parents never knew they had seen and elders who would have never approved those words being used in the pulpit seem to thicken the already physically tangible air we end up trapped in. Yet, some of us (like myself) never even flinched, not a squirm, not even a nervous movement or tinge in shoulders to even force us to move to satisfy it. I identified with the “worst” women in the bible. The Rahab’s, the Delilahs, the Well Women (the woman at the well). I knew who I was and I know how promiscuous I wasn’t pretending to not be. One thing that I never heard was that anything beautiful can come from the person sinning, only that the sin removed any purpose, dream, influence, or anything good that can come from them. The pastors and preachers that attempted to drill that into my head made me unhealthily fear God and that He would remove my gifts because I was ignorantly sinning. I know that God would eventually turn folk over to their reprobate minds but the reason for HIm to do that would have to be highly cataclysmic. What I came to figure out is that while these “ministers” were teaching me this false doctrine, they were indeed sinning, and a lot of times were doing much more than I could imagine. But hey that is for another day...Let’s go in…

If we look at Rahab for who she was (is), we can see that she isn’t that different from any of us. She had a place of her own away from her parents. She cared for them, loved them dearly but wanted to taste a freedom of her own, freedom defined by her femininity and an orgasm was proof. She lived within the confines of the men she housed and loved them individually. I’m sure she wanted to experience a relationship with each one of them in their own right, but in a sense, she feared intimacy, settling into closeness and losing herself in a man for more than a few nights in her “inn”. She cherished each man in the moment but couldn’t see past her own inability to spot her own significance within each union. She was a pagan woman whose culture was to get it how she lived. She lived in a world where sex was fulfilling and lucrative and if I phrase it that way, doesn’t it sound kind of familiar?

See, ladies, we have been there. We know we have. I know a man right now that makes my knees buckle and one moment with him would send me in a tailspin whirlwind into a pre-transformed Rahab moment with emotional gain as collateral and compensation. He and I would be together when we are together but other than that we would go our separate ways. There is a danger to this that is inescapable. There is no condom for soul ties and the transference of spirits and no spermicide strong enough to eradicate what could form from the wrongness of our union. Anyways, Rahab is proof of the transformative and restorative power of God. She came across two men, two spies that she ended up hiding from her own Amorite people. The two Israelite spies came to her for cover as they hid from the Amorite military seeking them. They earned her trust simply by not seeking to take advantage of her and if I am as imaginative as I presume myself to be, I would guess that she was amused/intrigued by their request for something as innocent and simple as cover. What struck me as wild was that in her particular culture, it benefited her to have such a lustful lifestyle. She was a pagan prostitute, no idea that what she was doing was wrong, who was going to say so?

Anyways, she hid the spies and misdirected the military to allow the Israelites to leave the city. Her faith in a God she knew not of was greater than that to the Amorite king and his power that she did know well. The beauty that came out of her lifestyle is that she was transformed and renewed and ended up providing a piece of the bloodline for the coming of Christ. Our Savior came from this ex-prostitute. Something beautiful can always come from the worst parts of us if we allow ourselves to be transformed and renewed by Yah. The hardest part is accepting those parts as being apart of us. Own what you did, sis. Own your part in your past. Own the darkness and the dirt, own the pieces of you that you dislike. Find the parts of you that eventually become roots to issues if not dealt with properly and allow Yah to pluck them. And in your plucking, understand that in your discomfort, in your shame, and guilt, something beautiful will come from this. A blessing, gold after the fire. You will be restored if you own it and surrender it. Yah does truly trade beauty for ashes. 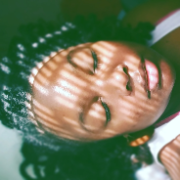