I’m going to be 100 percent real with you. This album is not for every Christian. This is next level Hip Hop that will challenge your mind. It’s like reading a book. If you like swagged out trap music you will be disappointed. I’m just being honest. Talented 10th is Sho Baraka’s first full album since he left Reach Records and became an independent artist and I really feel it’s his best work yet!

Let me give you some background. The phrase "talented tenth" was first used in 1896 by Northern white liberals like the American Baptist Home Mission Society. They wanted to build black colleges to train Negro teachers. Later, W. E. B. Du Bois used the term to title an essay he wrote and published in September 1903.

Talented 10th is more sonically diverse than his last album, "Lions and Liars". The production is complexed but it's still simple and focused if that makes since. Lyrically, Sho is very blunt and raw. He doesn't tell you what you want to hear. He tells you what you need to hear. The album cover is designed to look like a book and his tracks aren’t tracks but chapters.

“I didn't want this to just be seen as another Hip Hop album. I wanted it to be seen as something that was both artistic from the expression that is creative and not trying to be like every other album. Even from how I title each song, how it’s listed and the [design of the] album cover. I wanted this to be an experience of education as well as entertaining... I want to educate as well as entertain in a creative way.”*

The album has two sides, part Dr. Martin Luther King Jr., part Malcolm X. So listening to this joint will give you peace but also give you a sense of urgency. That sense of urgency starts from the first song “Bethesda ft. L.I.B.E.R.T.Y & J.K” In the bible, Bethesda is a pool in Jerusalem that was believed have had healing powers. Sho uses this song to talk about the power of healing in different situations like the death of good artistry, the flesh, and street violence. The song uses a sample from the negro spiritual "Wade in the Water" which refers to healing: see John 5:4, "For an angel went down at a certain season into the pool, and troubled the water: whosoever then first after the troubling of the water stepped in was made whole of whatsoever disease he had."

“The concept of the song is the whole wade in the water. There’s a lot of strain out there, there's a lot of struggle, there’s a lot of hurt. The thought process is hold on because there’s a healing coming. Ultimately we believe that Christ brings the healing. But I’m not just trying to say trust in Christ like in a sense that Jesus makes all things perfect. I’m saying though Christ there’s healing. And there’s many different areas of how Christ heals. Things won't be perfect but there is joy, there is fruit, there's love and there's peace in our Lord but you have to wade in that water sometimes”.*

This track is deep. Definitely one of my favorite joints on the album.

Another one of my favorite songs is “Michael.” The beat has an epic feel to it and the bars are razor sharp.

“On and on I know life goes, I’m on the death of a Michael, not Jackson but am missing in action…watch it burn baby burn, my coach is going down…”

“My hood needs more fathers and less bachelors, introduce him to the father no more bastards…”

“They may heard of our God but why bother they heard hell Marys but never knew our fathers, have they heard of the love of Christ , is heaven so far it’s outta sight?…”

“She promised a hell of a night, all I can think to myself is how Lucifer right, brothas in the club throwin you some bucks how about the same brothas throwin you some trust…baby girl you mistaken your own value, your only worth the idol you bow down to”

The song deals with people who are lost, looking for love and acceptance in all the wrong places, and how that can destroy us.

On “Denzel” Sho, with a little help from Chantae Cann & Suzy Rock attack the idea of swag head up. The Song reminds me of one of my favorite bible verses, 1 Corinthians 13:11: When I was a child, I talked like a child, I thought like a child, I reasoned like a child. When I became a man, I put childish ways behind me. Swagg is for kids. “Denzel” explains what characteristics a classy individual would have. The production and instrumentation is on point too.

“Jim Crow” is a song that takes this album to a different level in more than one way. It’s heavy and deep. It’s not for everyone but it's raw truth. I’m telling you now, LISTEN WITH CAUTION, but with an open heart and an open mind. Jim Crow was the name of the racial system of laws in the south, between 1877 and the mid-1960s. But it was more than laws, It was a way of life. Under Jim Crow, African Americans were second class citizens. Many Christian ministers and theologians taught that whites were the chosen people, blacks were cursed to be servants, and God supported racial segregation. Sho get’s into issues church folk are scared to talk about.

“There’s a reproduction of ignorance and prejudice that is propagated in our country and if you accept it you will be stuck in this place that I call Ni**a island, or colored island. And the goal is to escape that or not find refuge, because that place is full of ignorance and there’s no real hope there.”*

As impressed as I was with this project, it’s not perfect. I wasn't a huge fan of “Mrs.” Featuring JR. To me It just felt like a throwaway track from Common’s Universal Mind Control (that's an album Common dropped a few years ago that was produced by The Neptunes).

The Talented Tenth is a Masterpiece. The production is on point. Blue, Swoope, ALi, theBeatBreaker, Blue, and JR come together to give us more than a bunch of beats. The production is creative and it even pays homage to classic Hip Hop. The lyrics are well crafted and delivered with precise aim at our minds. This is Hip Hop that you don’t see many people delivering nowadays (other than Humble Beast and very few others). And I know in time it will be considered a classic.

*Inserts from an exclusive interview with Sho Baraka for The Oracle 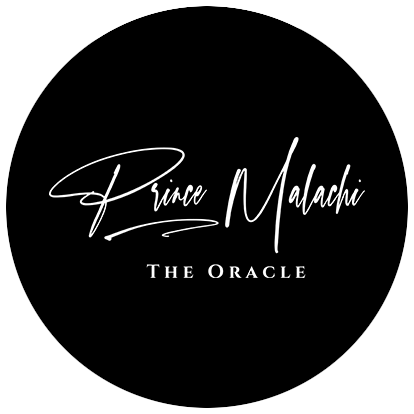