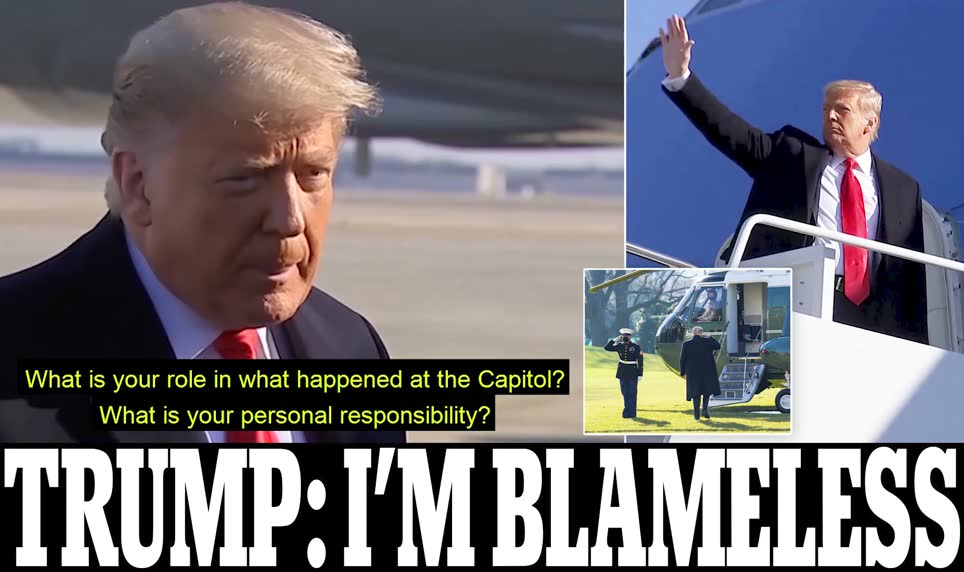 President Donald Trump on Tuesday denied all responsibility for last week’s riot on Capitol Hill, saying his fiery speech to his supporters before they marched on the Capitol was ‘totally appropriate.’

In his first public remarks since Wednesday’s MAGA storming of the Capitol, the president slammed Democrats, accusing them of creating ‘tremendous danger’ with their attempt to remove him from office but said repeatedly he wanted ‘no violence.’

The president defended his speech at a rally on ellipse, where he encouraged his thousands of supporters to ‘march’ on the Capitol.

They did so, leaving five dead and a path of destruction in their wake in the form of busted windows, broken furniture and destroyed office space. Dozens have now been rounded up by police and FBI.

‘If you read my speech – and many people have done it and I’ve seen it both in the papers and in the media, on television, it is been analyzed – and people thought that what I said was totally appropriate,’ he said as he boarded Air Force One to head for Alamo, Texas, on the Mexican border, to inspect his wall.