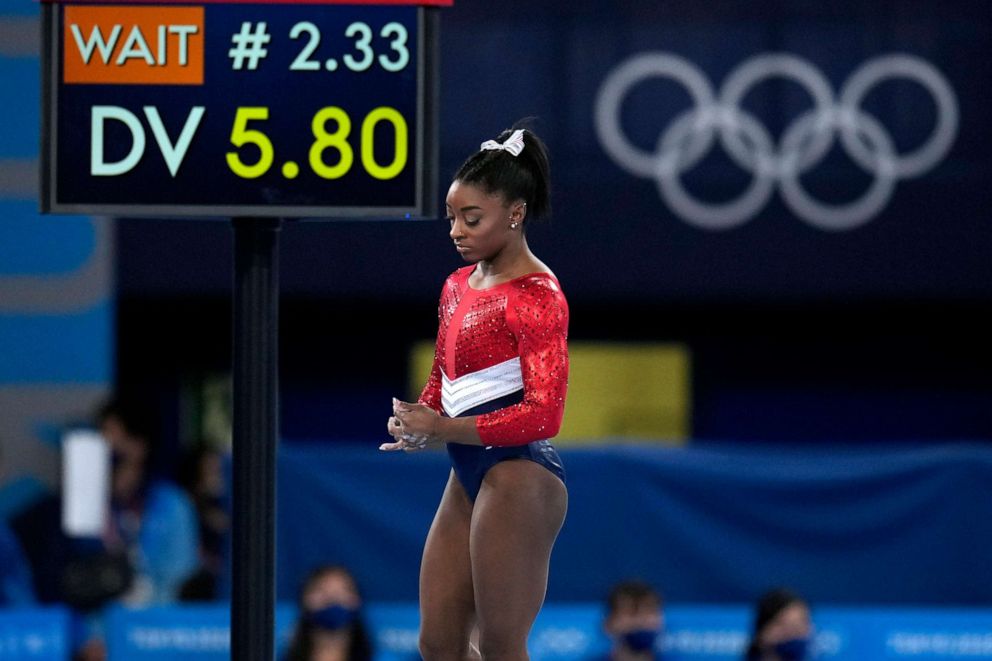 Simone Biles, of the United States, waits to perform on the vault during the artistic gymnastics women’s final at the 2020 Summer Olympics, Tuesday, July 27, 2021, in Tokyo. (Gregory Bull/AP)

American gymnast Simone Biles has pulled out of the individual competitions in vault and uneven bars, according to USA Gymnastics.

Biles was a heavy favorite in the vault event final coming into the Olympics.

“Today, after further consultation with medical staff, Simone Biles has decided to withdraw from the event finals for vault and the uneven bars,” USA Gymnastics said in a statement. “She will continue to be evaluated daily to determine whether to compete in the finals for floor exercise and balance beam. MyKayla Skinner, who had the fourth highest score in vault during qualifications, will compete in vault finals for the U.S. alongside Jade Carey, who finished with the second highest score.”

The American, who won the gold medal in the vault in Rio 2016, pulled out of the team all-around competition on Tuesday after she said she got lost in the air during a vault on the opening rotation. USA Gymnastics later said in a statement that she would withdraw to focus on her mental health.

USA Gymnastics reiterated its support for Biles on Friday night.

“We remain in awe of Simone, who continues to handle this situation with courage and grace, and all of the athletes who have stepped up during these unexpected circumstances,” the organization said.

The four-time Olympic gold medalist and 19-time world championships gold medalist pulled out of the individual all-around competition on Thursday.