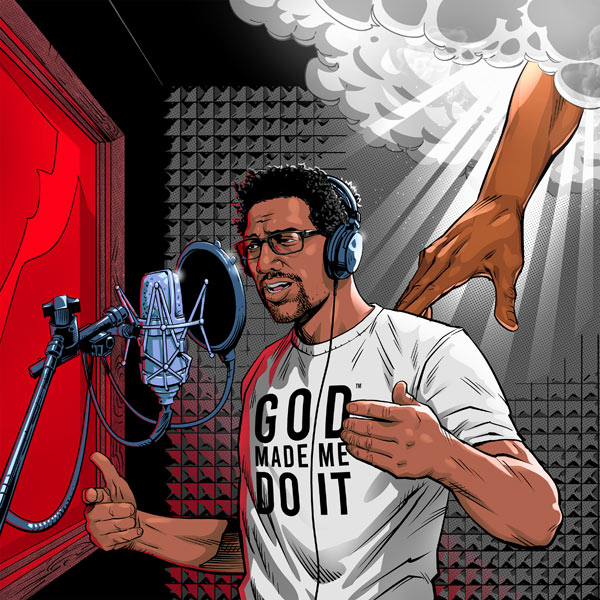 Christian Hip Hop artist Prafit Josiah’s follow-up to the 2018 EP ‘My God is Dope’ hits digital retailers on November 13, 2020. The new album, titled ‘God Made Me Do It’, is storytelling at its finest as Prafit explains why, after nearly 20 years, he still cannot put down the mic.

Releasing via Naz-Sect Publishing, ‘God Made Me Do It’ is a 12-track album that includes classic Hip-hop elements, from production to traditional lyricism, along with a newly remastered version of Prafit’s hit song “Come Back” featuring CHH mainstay R-Swift.

Beginning with his group Prafitz in 1993, Josiah’s musical journey is a testament to staying the course in an industry that is quick to move on to the latest flash in the pan. As Josiah explains, “Hip-hop, Christian or not, is no longer just a young man’s sport. This album is four years in the making. I’m here to speak on adult things, talk about life, and point people to God...oh yeah, don’t expect me to conform or try to fit in. I’m doing me!”

Pre-orders of both physical copies (physical copies will be shipped immediately) and digital downloads are available now. Everyone who pre-orders the CD will be put into a drawing and one winner will receive a $75 Amazon gift card along with a free ‘God Made Me Do It’ T-shirt or hoodie of their choice.

Title: God Made Me Do It

Born and raised in Rochester, NY; Prafit Josiah began his musical career as part of the group called Prafitz (Prophets) which formed in 1993. Prafitz released two albums and a myriad of singles before disbanding in 2002.

Josiah has been around for a while, he’s been recording music off and on for over 20 years now. In 2016, tragedy struck Prafit Josiah’s family; his cousin was murdered. This event sparked the beginning of Prafit Josiah picking the mic back up once again and seeking to have a Godly impact on the people around him and potential listeners of his music.

So, what should you expect from Prafit Josiah? Expect candid lyricism, dope beats, plus rhymes and flows that fall in the vein of what some might call “Classic” or “Golden Era” hip-hop.