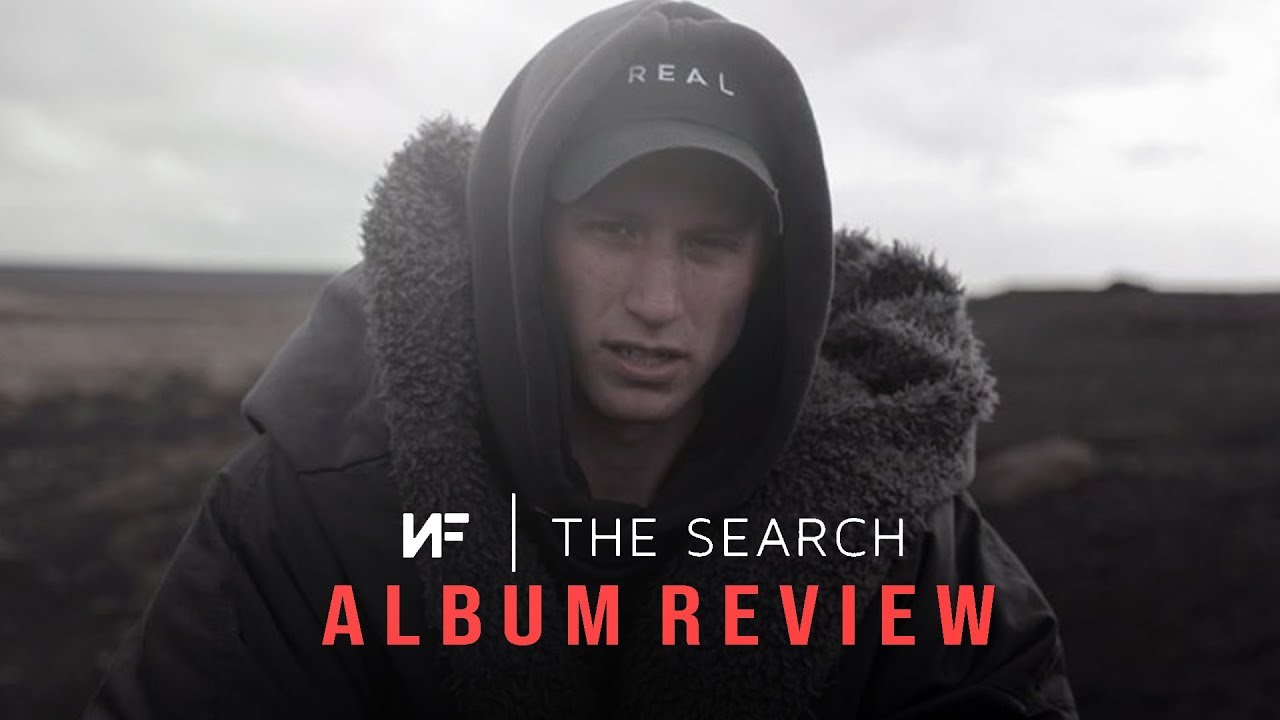 “Change” is one of the best tracks NF has recorded, with a creative melody and backing track, as well as brutally honest lyrics: “I need a moment of silence / I don't like change, but I'll try it … see, all my emotions are liars / all my emotions are violent / they don't want freedom to find me / should I feel comfortable? I don't / last year, I felt suicidal / this year, I might do somethin' different like talkin' to God more.” “My Stress,” reminiscent of Twenty One Pilots’ work, (positively) reverberates throughout the next portion of the album (especially on the exceptional “Time (Extended)”).

“I Miss the Days” is effectively endowed with the addition of a gospel choir, and while it’s one of the best tracks on the album, its refreshing nature does highlight the unfortunate lack of guest appearances on The Search. Some of NF’s best songs have been those featuring other artists, such as Fleurie, Jonathan Thulin, and Jeremiah Carlson. The album’s length also brings on a certain degree of monotony which could have been broken up with a little more artistic diversity. “No Excuses” has a few quality lines (“I just did a interview, the guy was pretty clueless / you don't have to know the album names or all my music / but at least try to find out who you in the room with”), but otherwise falls back into the mix.

“WHY” possesses a familiar vibe to some of NF’s older songs, but with lyrics portraying an added degree of humility: “Me and pride had made a pact that we don't need no help / which feels like I'm at war inside myself but I forgot the shells / hold my issues up for all to see, like show and tell / a lot of people know me, but they don't know me well.”

NF also raps about success and inspiration between the tracks about what he struggles with, including a song where he speaks to his younger self about life.

"I wish that I could look at you with empathy / Sometimes I feel like I've become what you were scared to be / Which makes it really hard to look at you with sympathy / 'Cause if I'm feeling bad for you, then I have to feel bad for me."

In "When I Grow Up," a younger NF speaks about who he wants to be when he gets older. He also reflects on missing being younger and focuses heavily on the stresses he faces in several other songs.

NF balances out the tracks about what has held him back with songs about working through his hardships and mental restraints. In the high-tempo "No Excuses," for example, he discusses his rise to fame and how he couldn't make exuses to get where he is in his career.

The album is made of many solemn lyrics and beats mixed in with some faster-paced tracks. While it's not necessarily a record to tap your toes to, it's deep, it's vulnerable and it's worth multiple listens to fully appreciate its authenticity.