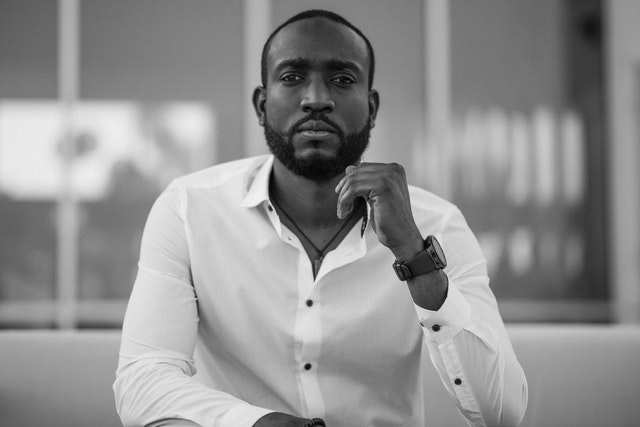 In the 1960 Hollywood production, Elmer Gantry, the late Burt Lancaster received an Oscar for his portrayal of a conman turned crusade evangelist. In the film, Gantry uses his salesmen skills to sensationalise the gospel. He woos the crowds with emotionally charged sermons, condemning sin, his fiery personality captures the audience's imagination. He is transfixed with the 'power' of it all. The pulpit's spotlight has drawn him like a moth to a light bulb. However, when the light is switched off his true dedication is to whiskey bottles and women.

By the end of the movie the one person he loves is dead and everything has been taken from him. When offered to continue with his evangelistic career he quotes this verse from Corinthians. He no longer needs the fame or the spotlight. Through the suffering he has become a man. He is ready to put his childish ways behind him. His insecurity does not need to self edify anymore.

For the Apostle Paul the church of Corinth was always his problem child. Of all his congregations this one gave him the most heart ache, needed the greatest guidance and called for much wisdom. The church had childish notions concerning Christianity. Part of those ideals included debate over charismatic gifts, self edification and turning the limelight on themselves rather than on Christ. As a new group of believers, many of whom being of pagan rather than Jewish decent, they had a lot to learn. And Paul knew it. Their knowledge of the Old Testament would have been minimal; this was not a group of devout Hebrews who had converted to Christ. Their sexual immorality alone testified to this. Issues of prostitution and overemphasising the speaking of 'tongues' was all a growing concern for the Apostle. In reality, they epitomise many of the issues in modern congregations.

Paul writes to bring them to their senses. The gospel is not about you, it is not about who has this gift and who has that gift. It is not about lifting yourself up. Rather it is about Love. Unselfish, sacrificial love. Love for other, not love for self. That is what Christian maturity means. And it bears little on the length of time you have attended a denomination, your standing in the community or even your spiritual gifts. Either the heart is repenting or it is not. Twenty years can just as easily create pungent stagnant water. Fresh water streams can form overnight. Maturity as a Christian has less to do with time and everything to do with commitment.

My first four years as an itinerant preacher included dramatic sermons of my miraculous conversion. A special forces soldier, womaniser, Internet Whizz Kid becomes God's Soldier Read ALL About it! I travelled far and wide sharing the testimony and witnessed numerous tear filled altar calls. At one stage I started counting the number of commitments for Christ. People all want to know you, they gather around you fleeting fame that leaves an emptiness in your mouth. Your image is projected on cinema screens and voice resonates through mega wattage speakers. And Just like Elmer Gantry you are swept along by the tide. The next obvious step is get the book published. Jesus has the Bible after all and the Christian bookstore is packed with testimonies. Why not another?

Then one day you wake up. You realise is this really what it is all about? Or should we rather be helping lepers maybe a prostitute in a brothel as one friend I know does, another tenderly counsels gay transvestites close to suicide. I once visited a morphine addict who injects in his penis, faces screwed up in disgust when I told them, one even laughed. So much for compassionate 'Christians'. When Jesus Christ truly awakens in you EVERYTHING changes. He isn't interested in fame. He isn't interested in notoriety nor in his name in flashing neon, twin cinema screens and million dollar stages. He doesn't need either a Mercedes Benz or a golden chariot. His concerns do not include who can speak in the tongues of angels. He is a far more mature than all of that.

He is interested in helping human beings. Especially those dying without hope. How indifferent would God be if He wasn't interested in them. The real God has dirt under his finger nails, blood smeared robes from the wounds of the injured, vomit stained sandals from drunken men. Straining biceps carry orphaned children. Rice scented fingers feed the hungry. His Arms hug the disabled. He tirelessly works to help those in need. And He does all this through his mature followers.

Never letting their left hand know what their right is doing. Never boasting of their good works nor self edifying themselves. Unsung heroes and heroines that shun the limelight like the plaque. Their childish ways are long gone. They have suffered and now come alongside the suffering. When Jesus Christ has a true servant, they too will suffer. They will suffer all earth can throw at them. Whilst helping the rejected they will be rejected. The last in the procession. The least not the greatest. Poor rather than rich. Meek over proud. Mourning not mocking. Blessing when cursed.

They will be among the most mature humans the earth has ever witnessed. And few, so very few, will ever know they even existed. Yet the the author of existence, He shall know them by name. Every hair numbered and precious in His sight. No longer mere infants tossed back and forth by every form of teaching. Rather, their childish ways are long behind them. They can see the light.