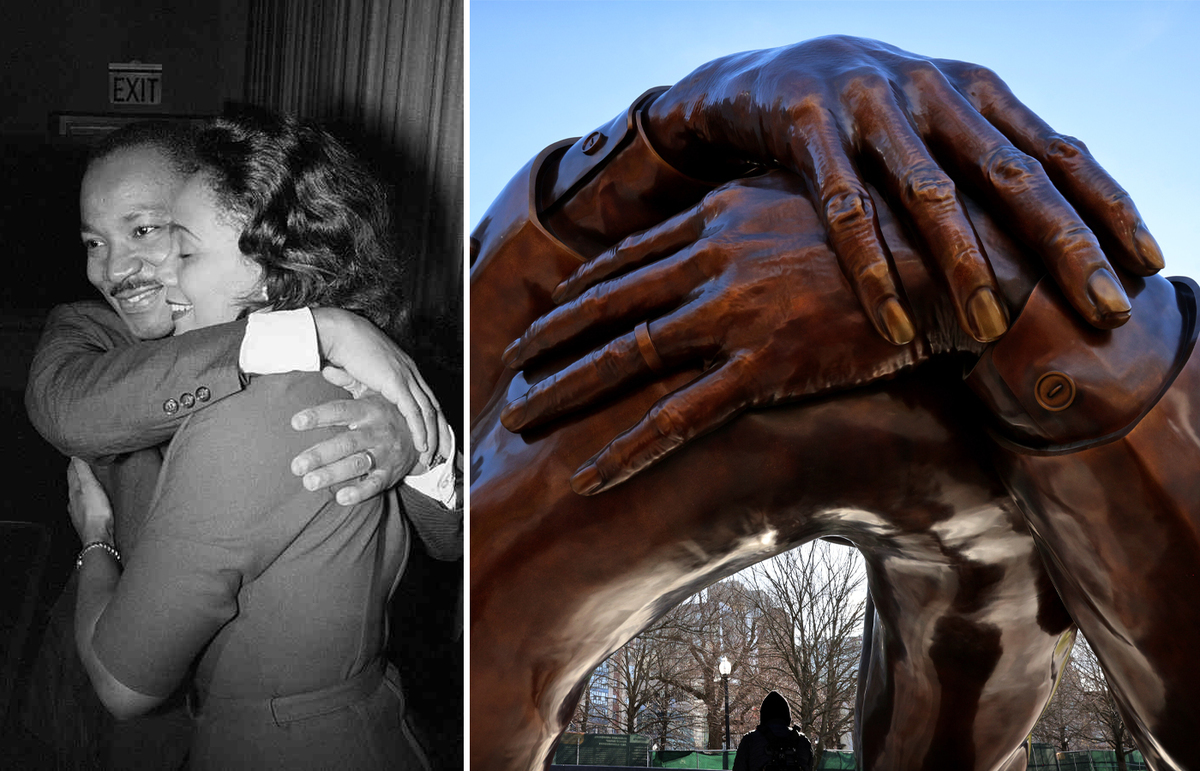 The 20-foot-high piece ‘The Embrace’ depicts the famous hug between the two civil rights leaders after MLK Jr. learned he had won the Nobel Peace Prize in 1964

The post MANY PEOPLE ANSWER THE QUESTION: WHAT DOES THIS MLK JR. “CREATION” LOOK LIKE TO YOU? PEOPLE SPEAK OUT ABOUT THE STATUE “THE EMBRACE” UNVEILED IN BOSTON SUPPOSEDLY DEPICTING THE FAMOUS HUG BETWEEN MARTIN LUTHER KING JR. AND HIS WIFE CORETTA SCOTT KING AFTER DR. KING LEARNED HE WON THE NOBEL PEACE PRIZE IN 1964 (WARNING: SOME COMMENTS ARE GRAPHIC AND YOU MAY BUST A GUT LAUGHING) appeared first on BCNN1 - Black Christian News Network.