How we live, interact and move in our community and neighborhoods is very important. People are watching and listening to you and you might not ever realize it. What type of influence do you have? When people see you, what do they see. Do They see a person that spreads lies about other people or flirts with another man's wife. How does that make your neighborhood a better place?

Romans 13:9 teaches that if we are full of love, we can not lie

So, keep believing, trusting and depending of The Highest God who is seated in the 3rd Heaven! Know that it is truly working for your good! It may not look, feel or even smell like it! Just know down in your praying soul that it is!

“And we know that all things work together for good to them that love God, to them who are the called according to his purpose.”

I LOVE YOU TO LIFE!

What is your name? No, not the name that’s on your Birth Certificate. Your God ordained name. It’s that name that you should know. That very name will remind you of who and whose you are. It’s not by accident that you were named that. Know the difference between your name and what people have labeled you as. Oh yeah, there is a huge difference!

Some may have labeled you as damaged goods, yet YAWEH sees you a classic that cannot be duplicated. You may know the name as a hustler, 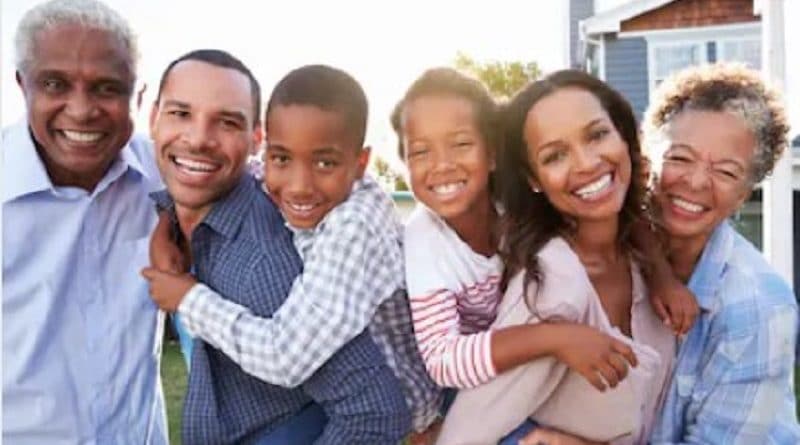 There is a certain way Yahweh wants us to interact with the people we live near and around. It is clearly mapped out in His Word.

I believe the most powerful element in existence is love. What kind of world would we live in, if everyone that claimed to be a Christian made moves in love? Just last week, it seemed OK to have lunch out or maybe meet up with friends for a game of pickup soccer.

Now, in the fast-moving world of the coronavirus response, that’s no longer the case. More and better social distancing is required. But what’s still acceptable?

We reached out to public health experts, who, admittedly, vary in their recommendations. But their main message remains: The better individuals are now at social distancing to slow transmission of the virus, the better off we’ll On Sunday (March 15), the Rev. Bruce Reyes-Chow, a Presbyterian minister, began the Christian celebration of Communion as he always has: by reciting prayers over the breaking of bread, recalling a covenant sealed in blood, and invoking the forgiveness of sins.

Except instead of standing at an altar before a congregation seated in pews, he spoke directly into his computer, where members of First Pr

One day, as I was thinking of some different areas that frustrated me about my life, I came to a startling conclusion. Many of my so-called problems were simply a lack of self-discipline. I made a little list of improvements to incorporate. Maybe something here will help you, too. These may seem
oversimplified, but sometimes I need to get back to simplicity!

When I work during the week, I am forced to comply with this. But as a teacher Let me be 100 percent real with you. This one was hard to write. I’m a person that struggles with trusting our government in general. When it comes to the government I think more like Malcolm X than Martin Luther King. I definitely have issues with our current president.

So what is a Christian's relationship to the government supposed to be? Well, I'm glad you asked. The answer is found in His Word. 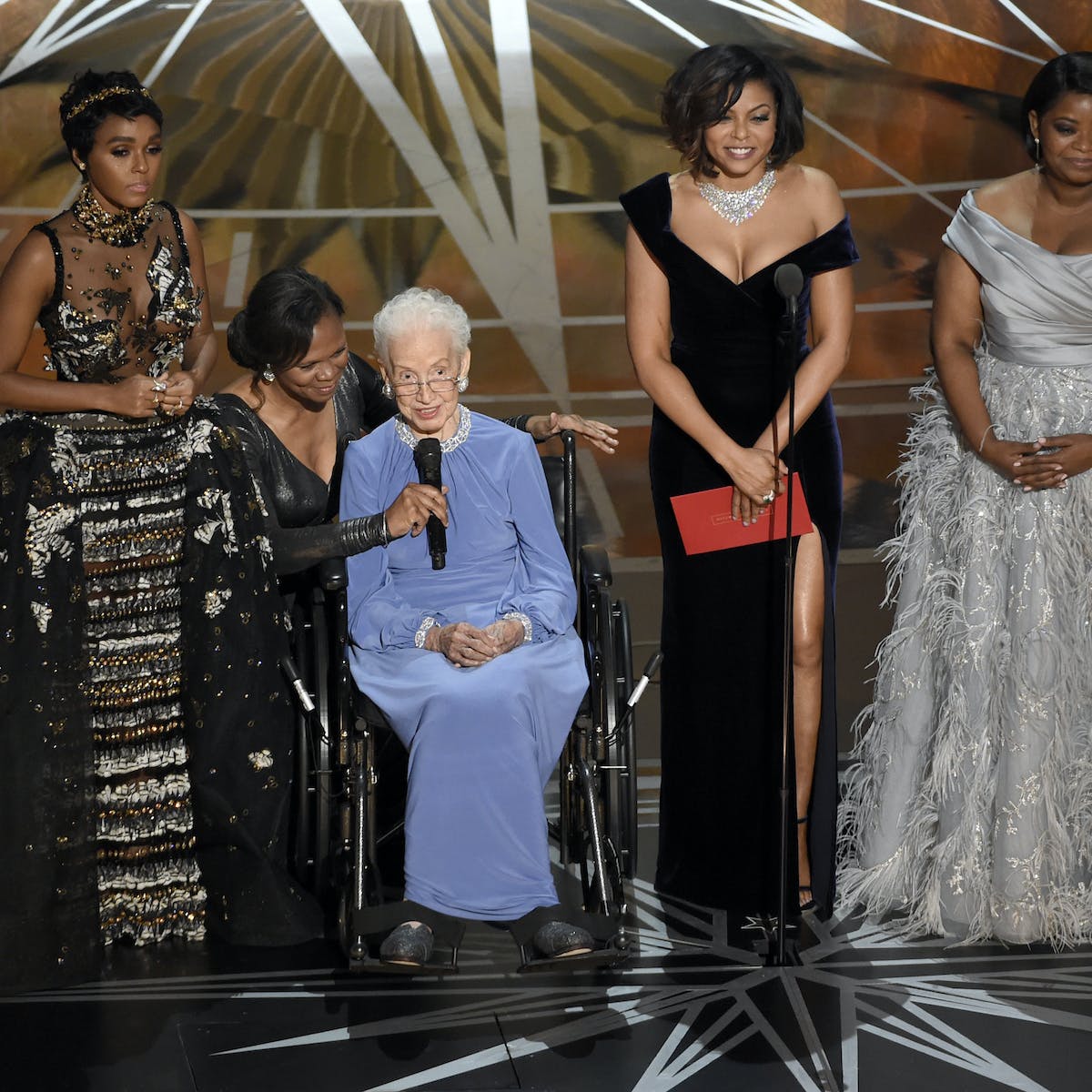 Katherine Johnson spoke at the Oscars about her work depicted in the 2016 film ‘Hidden Figures.’
AP Photo/Chris Pizzello

Katherine Johnson, an African-American mathematician who made critical contributions to the space program at NASA, died Feb. 24 at the age of 101.

Johnson became a household name thanks to the celebrated book “Hidden Figures: The American Dream and the Untold Story of the Black Women Mathematicians who Helped Win the Space Race,” which later became a movie. Her legacy provi This month lets reflect on the women who made history throughout the world and in our families. We all know a woman that has been a positive influence in our lives. It’s that influence that has caused us to walk in our purpose and destiny. That has motivated us to go above all hell and fire. Now that’s a woman who deserves to be remembered through out history. Look within your circle and give her props. Even if that women are no longer on this side of heaven. Still give her the 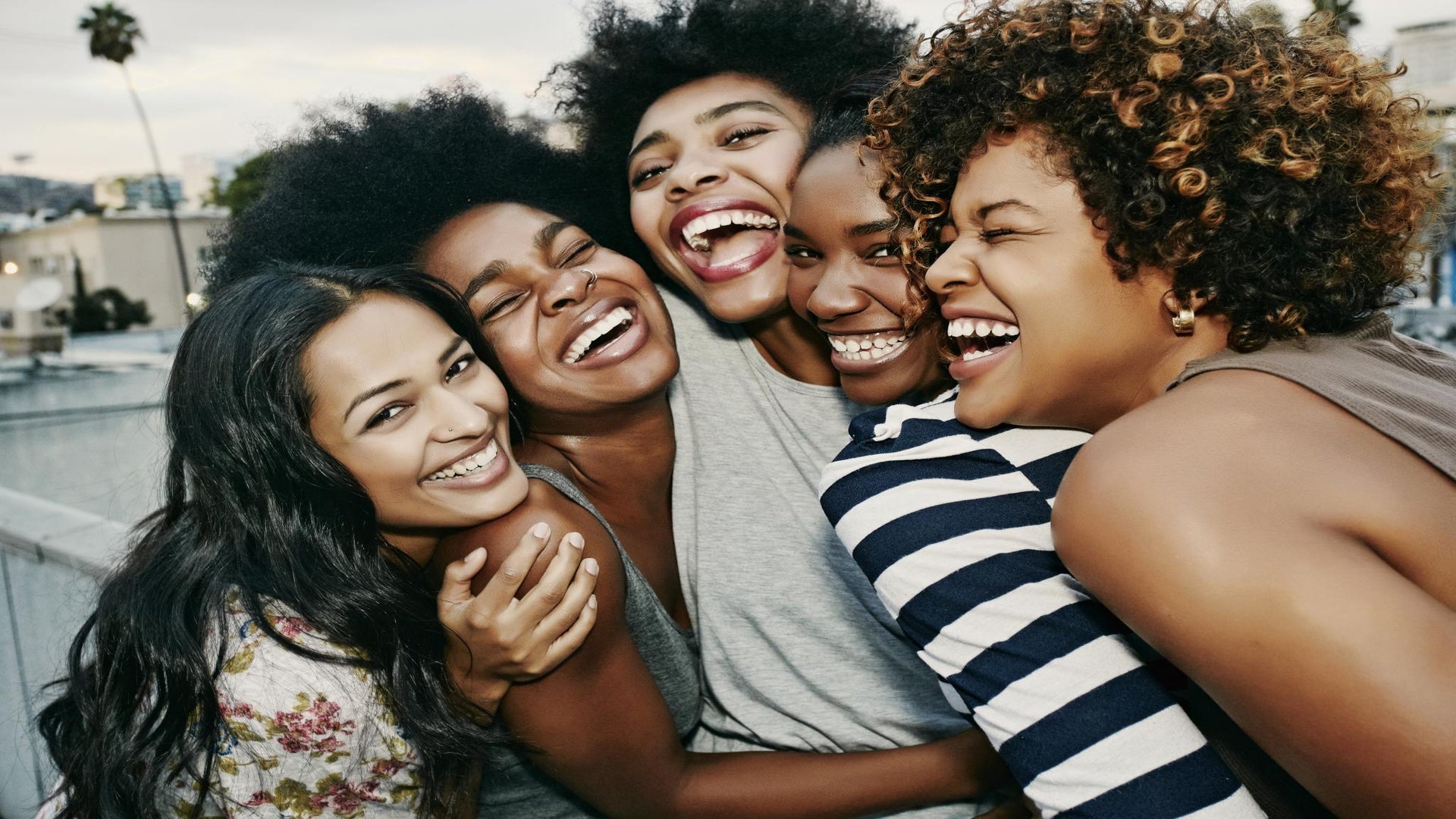 "Sisterhood means always having someone to go to and never having to worry because your sisters always have your back. It's knowing that through thick and thin you'll always have someone on your side. it's late night talks and laughter. You never have to worry about anyone judging you because your always accepted for who you are." – Alpha Phi, Akron OH

Remember back in high school when you had your girls. You all would dress alike, share lip gloss, be on the pho 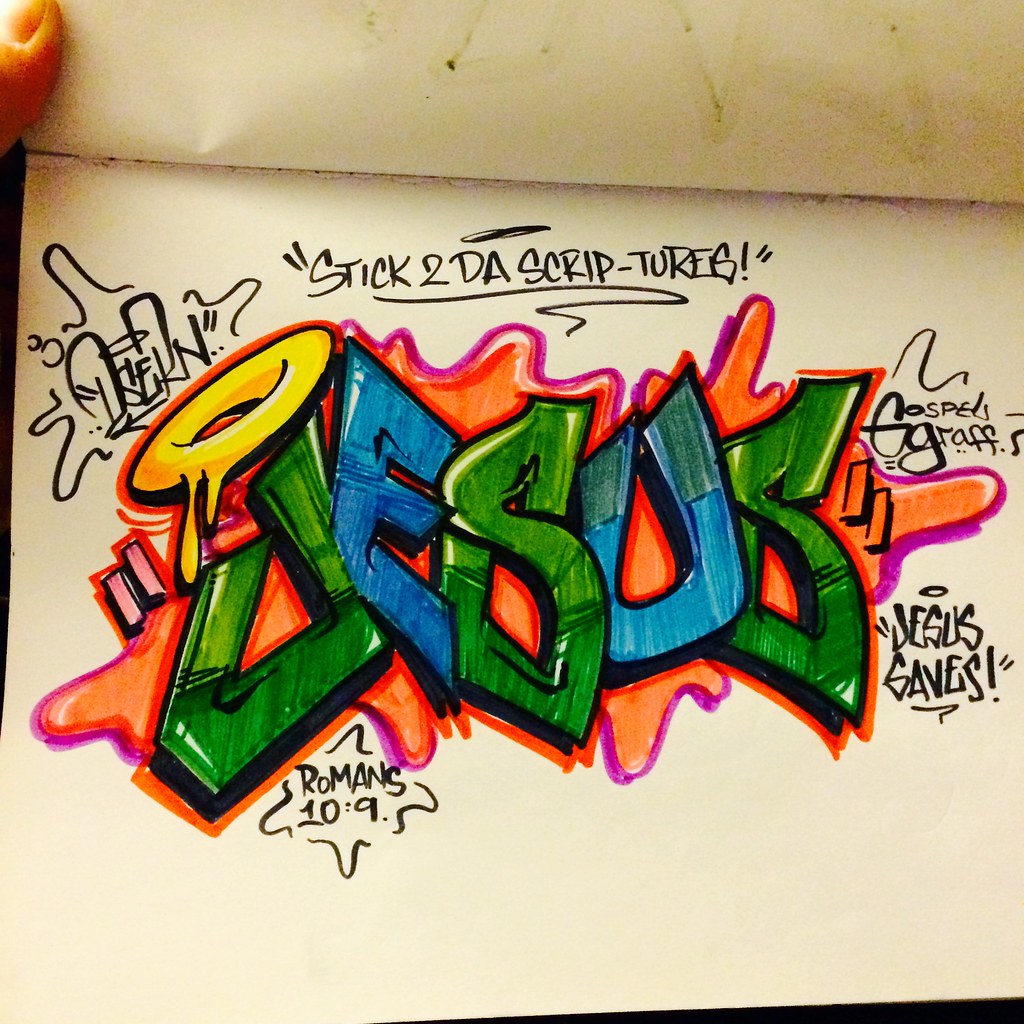 Oh, I already know people are going to have A problem with what you are about to read. But these are not my thoughts, ideas, and philosophies. This is from scripture. So don’t be mad at me. Blame God! (Kanye shrug emoji lol)

Yahweh expects all Christians to move in a decent way when it comes to dealing with people who are not Christian and even his “enemies.” A Christian is expected to control himself and have victory over his flesh. Yah expects us to give testimony to his love and be an examp As I sit a think of a blog to write for Women’s Wednesday, all that comes to mind is for us women of God are to breathe. That’s all I have right now. So many times, we forget that we are human along with being a mother, wife, sister, aunt, cousin, friend, prayer warrior, etc.  We often forget to breathe. We forget to be human and put ourselves first. I am a witness to this. I have & children and I am always a mother first. I forget that I am also human. I deserve to breath 2 Corinthians 5:17-21 I love this scripture! Reason being is because I know that after every storm, trial or misfortune my mind has been renewed and made new. What a glorious thing for Yahweh to give us. That new mindset that you acquire, once applied can take you even further into your destiny. Be renewed and walk in the creation that Yahweh made you to be in Him!

I LOVE YOU TO LIFE! 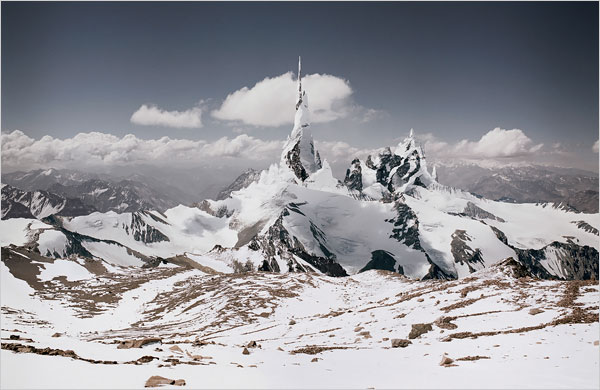 Help is on the 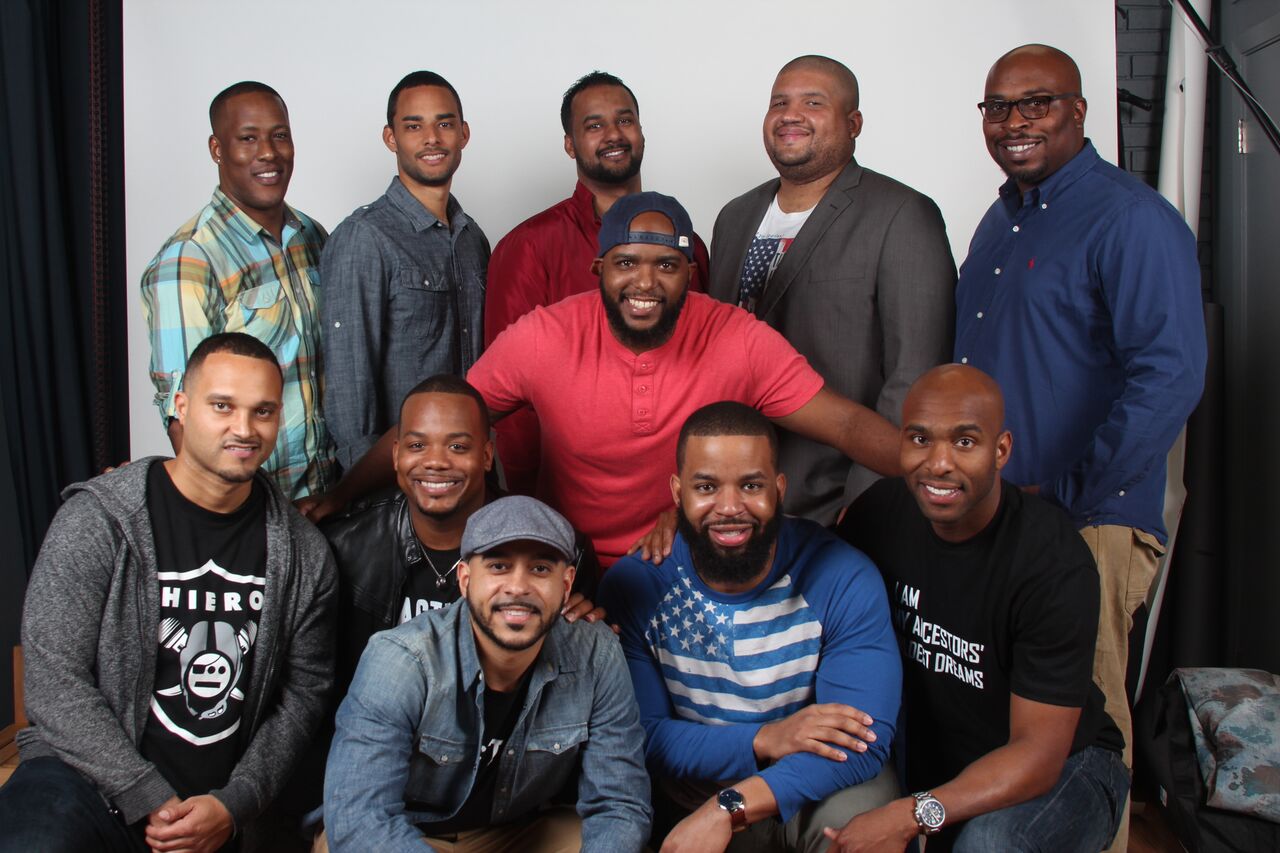 The Christian man should…

Richard Sifuentes was on the run. Determined to avoid a third trip to prison, he was dodging police who were tracking him on an attempted murder charge. Scared and not sure what to do, Richard called his mother.

“The only one who can help you is God,” she told him.

Richard didn’t think his mom’s God could help him, but he was at the end of his rope. He hadn’t prayed a day in his life. But that day, Richard got down on his knees and said: “God, 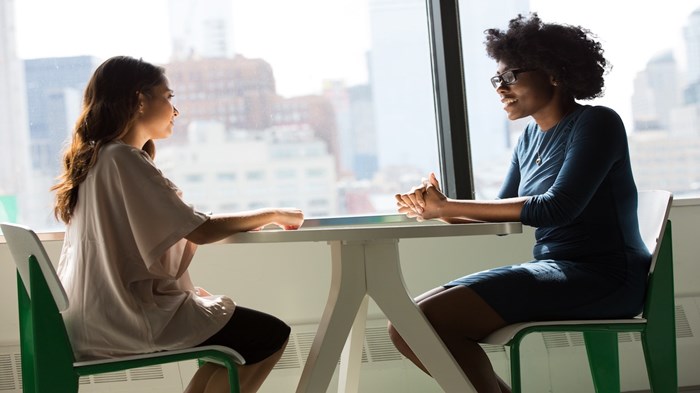 Kelly Edmiston is the Youth Pastor at the Vineyard Church of Sugar Land/Stafford. She has spent the last thirteen years in ministry to students and families in domestic and international contexts. The views expressed in this commentary are solely those of the author(s) and do not necessarily represent those of BCNN1.

I have taught many undergraduate bible courses over the past couple of years. The feedback that I hear There are times when people encounter fearful thoughts that can be difficult to manage. For some women, the more they try to get rid of the thoughts, the more difficult they become to manage. As a result, here is a brief list of techniques that a woman can use to help manage her fearful and obsessive thoughts.

The first thing a person must do is not to dwell or focus on the fear provoking thought when it comes. The more a person tries to reason out the thought or focus on th
Read more…

It’s easy to believe that success or popularity equals “manhood”. But do not be deceived! The God who created you and knows you intimately, looks beneath the surface into the recesses of the heart, and what really matters is what he sees in there. Lose that perspective and begin to live your life with the ideals of the world, guided by your own selfish desires, and fall short of what God has planned for your life. On the other hand, live life with an undying deep desire to

Dear Successful Women of The Mountain

Look at you! You made it! Against all odds, shame, sleepless nights and no social life! You have accomplished your dream! CONGRATULATIONS!!! How is the view from up there! Was it worth it? Is it everything that you thought it would be? That’s good to hear! I have a question for you. With everything that you learned; what was the hardest sacrifice? Did you ever just want to stop and say, I’m done! The reason why I am asking

Read more…
First Previous of 19 Next