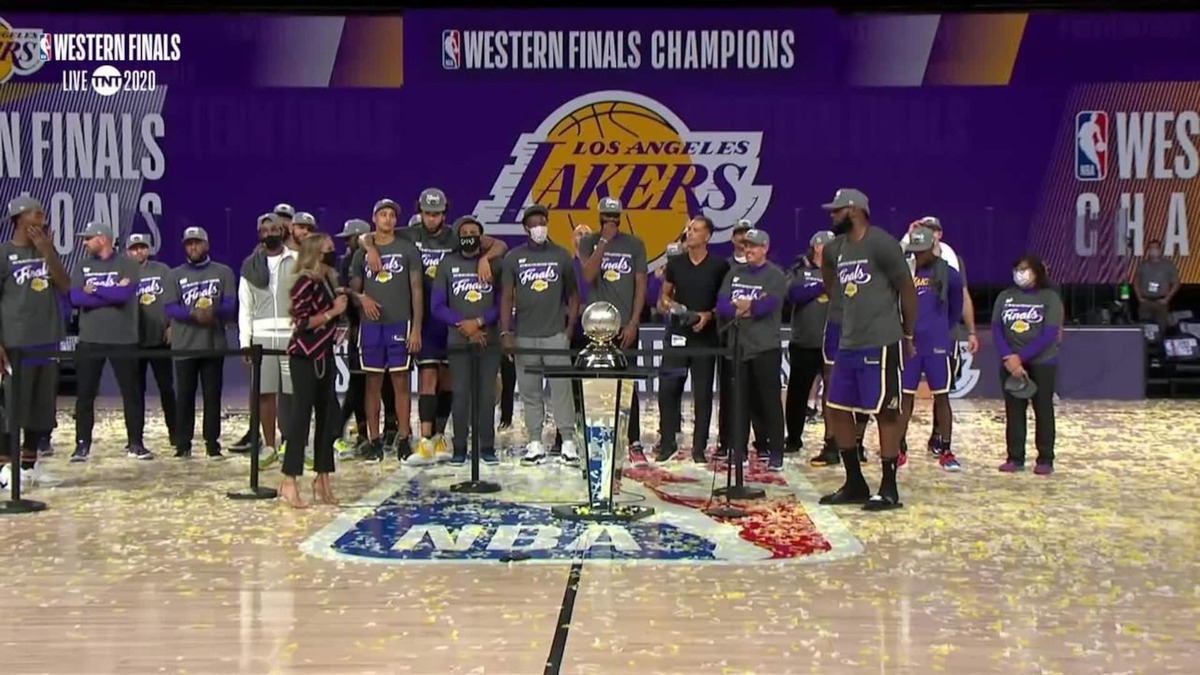 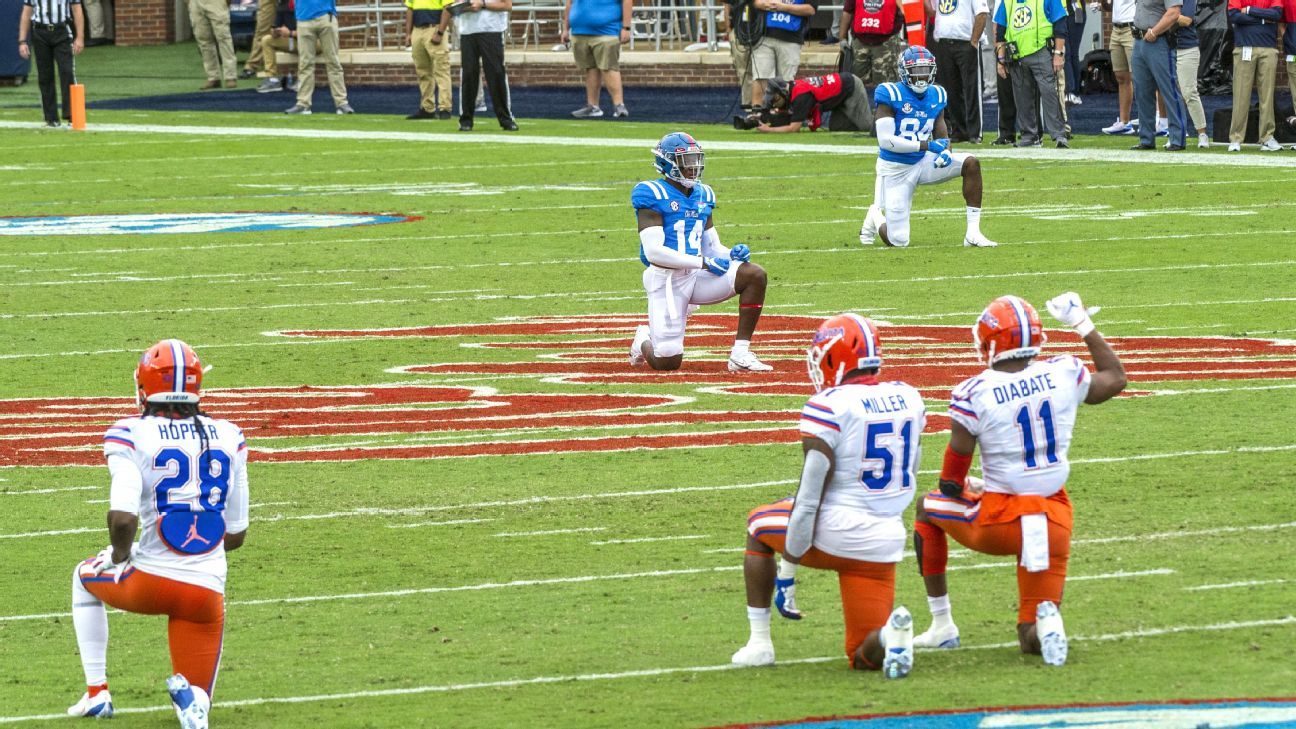 Florida and Ole Miss agreed to jointly take a knee before kickoff Saturday to "acknowledge the unrest in our country surrounding the treatment of African Americans."

In a joint statement, the schools said, "As members of the Florida and Ole Miss football teams, we recognize the impact of our personal platforms and are choosing to amplify the issues that directly impact us. Together we have chosen to take the opening series of today's competition to acknowledge the unrest in our country surrounding the treatment of African Americans. We will continue to support social justice efforts as members of the Southeastern Conference and members of our respective communities."

The Los Angeles Lakers are headed back to the NBA Finals, and LeBron James had a monster game to help send them there.

James posted a triple-double in the Lakers’ 117-107 win over the Denver Nuggets in Game 5 of the Western Conference Finals on Saturday night in Lake Buena Vista, Fla.

James scored 22 in the second half, including 16 in the fourth quarter, to help seal the win. He shot 15-for-25 with 16 rebounds and 10 assists. Anthony Davis added 27 for the Lakers.

James made just one three-pointer in the game, but it was a dagger with just under two minutes left. 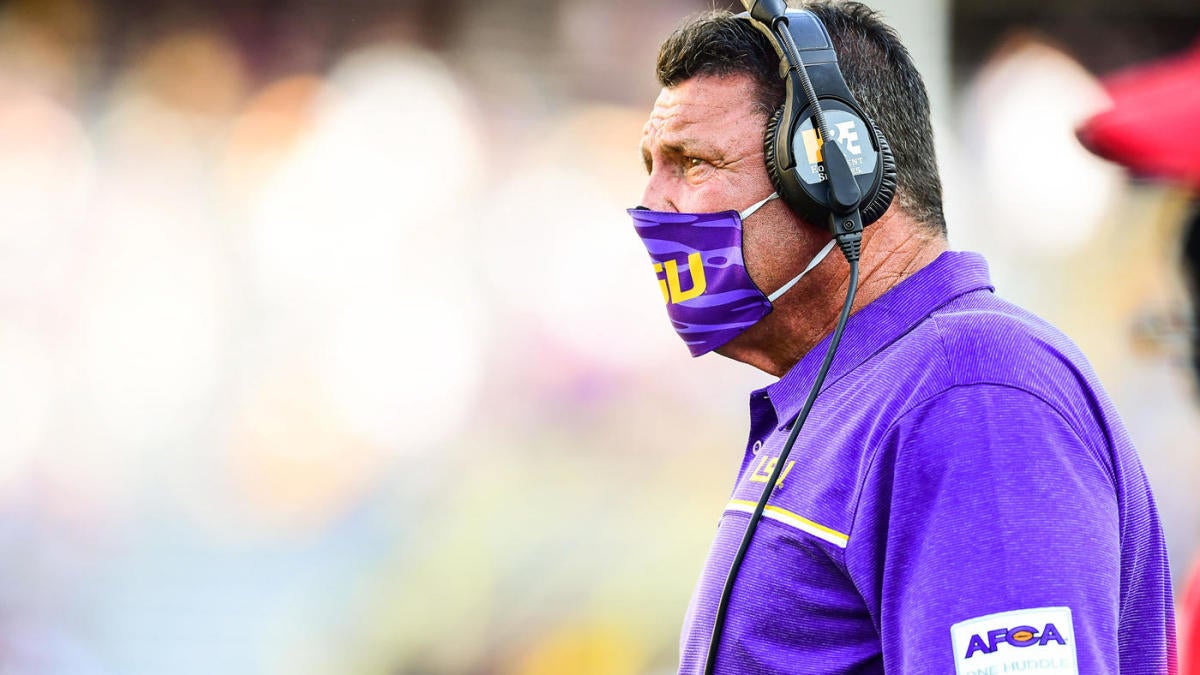 For the first time this year, college football finally felt "back." Not "back" like "Texas is back." You know, actually back.

The addition of the SEC to the Saturday slate helped. Soon, the Big Ten, Pac-12, Mountain West and MAC will join the fold. But with more and more games being played -- especially games featuring ranked teams -- there are actually things to learn. There are national storylines. There are outcomes of real consequence. Things are starting to feel more familiar.

Highlighted by the SEC's return and another tough day in the Big 12, here are the biggest overreactions from Week 4 of the season.

LSU is in for a major rebuild after all

Mike Leach and Mississippi State took Week 4 by storm by upsetting No. 6 LSU 44-34 in Baton Rouge. Leach's system showed it can clearly work in the SEC. On the other end, though, the questions about whether LSU would be able to simply reload following its national championship run were warranted. Maybe you don't just lose your Heisman Trophy winning quarterback, running back, both coordinators, top returning receiver, several other key players and simply move forward without missing a beat.

The Tigers' defense took the biggest licks, which is what you'd expect playing a team throwing the ball 60 times. Star cornerback Derek Stingley was sorely missed, but Leach took a passing offense that finished 12th in the SEC a year ago and racked up more than 600 yards in just one game. It wasn't all bad for the Tigers -- they got to quarterback K.J. Costello often (five sacks) and took the ball away four times. Normally those numbers would be enough to win, but that leads to another point: LSU's slow start offensively could be a preview of the step back this group is going to take. Obviously, being as good as a team that finished first in scoring last year was going to be impossible, but with so much turnover, the Tigers are left looking for difference makers.

The Big 12 doesn't have a single great team

This feeling has been building for a few weeks. After No. 3 Oklahoma's stunning collapse against Kansas State and No. 8 Texas rallying to beat Texas Tech, there isn't one team in the Big 12 to feel great about. That's not specific to the Big 12, mind you. Most teams this year have noticeable holes. It's the way of the college football world in this pandemic year. And it would be naive to eliminate the Big 12 from playoff contention this early. Still, the defenses for what are supposed to be the top two teams are vulnerable to even middle-of-the-road conference opponents. Oklahoma and Texas are probably still on track for a clash in the Big 12 Championship Game, but the separation between them and everyone else isn't as wide as it first looked.