To the untrained eye not used to Atlanta politics, the mayor’s race could be seen as being about, well, race.

Political elections are typically glorified popularity contests, but they’re usually about how likable the candidates are, not the incumbent. Tuesday’s runoff election for mayor of Atlanta, however, isn’t typical at all, with the winner’s fate likely hinging more on how voters feel about current Mayor Kasim Reed than hopefuls Keisha Lance Bottoms and Mary Norwood.

To the untrained eye not accustomed to watching Atlanta politics, the mayor’s race could be seen as being about, well, race. Norwood, a four-time failed mayoral candidate who is White, was vying to become the city’s first non-Black mayor in nearly 40 years. Exacerbating that point is the fact that the city’s Black political establishment has mostly rallied behind Norwood, a city council member and the de facto Republican candidate. 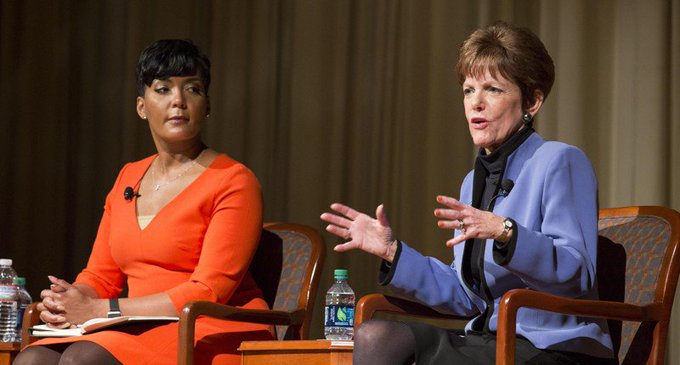 Former Atlanta Mayor Shirley Franklin, who is Black, said while endorsing Norwood that the “election is about character, transparency, and integrity. Not race.”

Franklin’s statement continued with a pointed jab at Reed, whose embattled administration was dealing with a bribery and corruption scandal: “We can’t stand by and do nothing about the corruption and pay-to-play politics at City Hall. We must stand together….”

Some of the country’s brightest Black political stars not from Atlanta, or even Georgia, have in turn endorsed Bottoms, also a city council member as well as a lawyer.

The unusual dynamic of Black politicians in Atlanta rallying around a White candidate has helped set the stage for the highly anticipated showdown at the polls Tuesday. 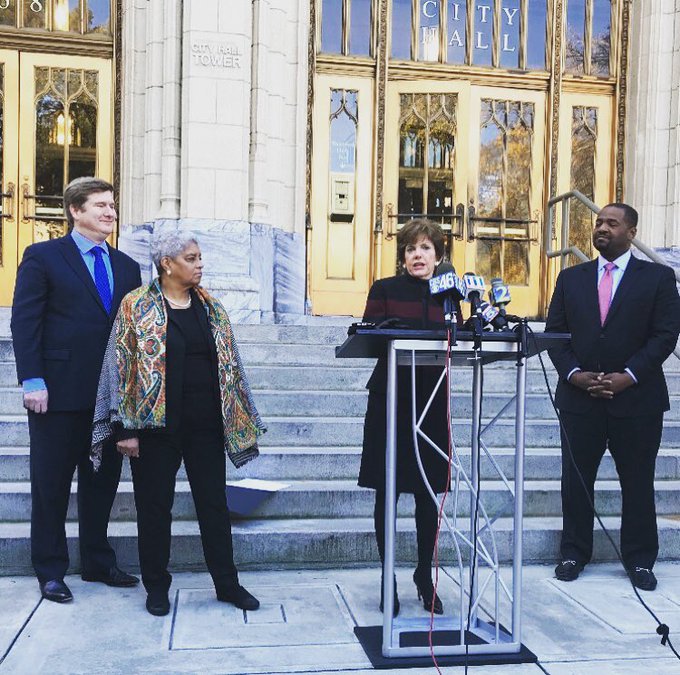 Thankful to receive the endorsements of @ATLShirley, @PeterAmanATL, and @ceasarformayor.Our coalition expands and will reach every community

With many of those same pro-Norwood Black politicians seeing Bottoms as a potential extension of Reed, it didn’t help that Reed called some of Norwood’s most important supporters, including City Council President Ceasar Mitchell, “losers.” To make matter worse for Bottoms, Reed has reportedly burned a number of political bridges with former allies who may be reluctantly backing Norwood in what appeared to be a case of cutting off ones nose just to spite ones face.

Democratic Georgia State Sen. Jason Carter, who is no political ally of Reed, challenged that notion when he released a brief statement in support, and defense, of Bottoms.

“Let me say this: the current Mayor and I do not always see eye to eye. But Keisha is not Kasim Reed and the idea that she is somehow a weak puppet is offensive to me,” Carter said on Thursday. “There is literally no evidence—none—that Keisha has been involved in any the activities that are rightfully being investigated [in Reed’s administration].”

Other non-Atlantans, such as U.S. Sens. Kamala Harris (D-Calif.) and Corey Booker (D-N.J.), have also endorsed Bottoms, who was trailing in the latest poll by a little more than six percentage points, a trend that may be a referendum of Reed.