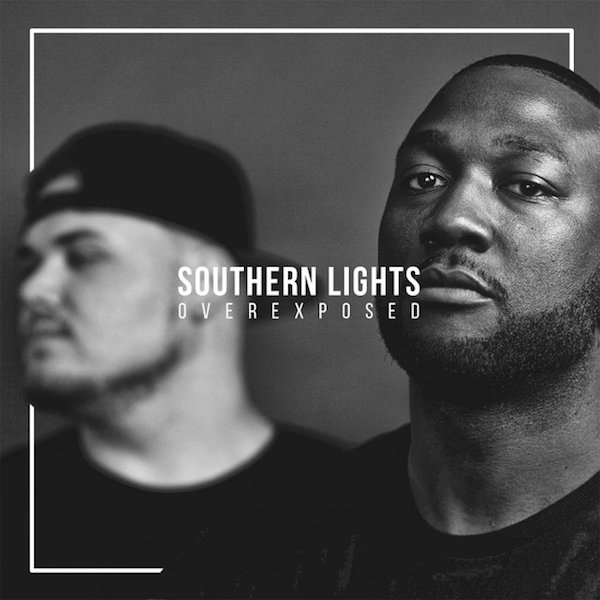 The first track on the album, “Overexposed” (feat. Sean C. Johnson) starts with two masked men jumping a man at his house.  Alex Faith starts with a really cool verse that is highly focused on the vocals with a bit of bass and treble.  A man, Eric Young, is seen trying to run and stop the attack as one of the men puts a gun to the head of the victim, who is his brother.  As the music slows and softens to singing a flashback is shown to explain the attack.  The verse following with Dre Murray rapping isn’t as good as Alex Faith’s start, but it’s still well done.  Both rappers are talking about different problems and how Jesus is the only solution.  A gunshot is heard as the song ends.  It’s a great track to start, and the album is showing potential.

Next up, Dre Murray steps up with a cool slower style in “All Around the World” (feat. Tragic Hero).  The treble focused beat fits Dre’s style as he says, “You know what I’m about, reppin’ my king when I open my mouth”.  Tragic Hero jumps in next with an awesome hook and Alex Faith finishes with another dope verse.  The smooth beat and flow in this one make this track a great one to cruise to.

When “Wake Up Music” (feat. Swoope) started, I knew this is going to be a great one.  The track focuses on the problems in black neighborhoods, and how the news won’t say anything about it.  The refrain says it well, “Take a look at my face, when you look at me, do you just see my race, in America, just trying to find my place… are you listening America”.  It’s a deep track about important issues that are often overlooked.  For a little bit of an extra impact the video shows a man sitting on a bench contemplating suicide as well as other black men shown with a bullet through their head.  All three rappers are intense, and the beat adds to the intensity even more.

“Money” (feat. Reconcile) speeds things back up a bit.  The track is about money in general, but the video shows the specific aspect of drug trades.  It’s a quicker track and Alex Faith seems more comfortable with that style than Dre Murray, but they both do well with it.  The video also shows a cop who doesn’t arrest a woman, Young’s sister, during a drug bust because it’s implied in an earlier video that she’s his girlfriend.

The story continues as Eric Young again becomes the focus of the story.  “City of Nightmares II” (feat. Ada-L) shows Young’s nightmares as he couldn’t save the man who was shot.  The song itself has an element of swag to it, and the flow is great throughout.  The video definitely adds a ton to the track and both rappers have some cool lines, though there are a few awkward moments in Alex Faith’s verse.  The track itself is awesome, but the video is fantastic in adding that extra impact.

After Dre Murray’s interlude, which involves a corny scene near the end with Young seeing his brother’s face in a shop window, “Decatur Street Blues” (feat. Corey Paul) begins showing the murderer in tears after the attack.  Alex Faith really is amazing in the first half of the track and refrain, and the only thing taking away from his rapping is the bass sounding a little off at moments.  Jack, the policeman from earlier, is shown as the murderer’s accomplice before the attack as well.  Musically, Corey Paul’s verse isn’t really anything special, though he does introduce a different sound, which is nice. At the end of the track the murderer is seen with a gun to his head, and a gunshot is heard again, making the connection back to “Wake Up Music”, where his dead body is seen. Read More Here

Faith & Murray’s connection to hip hop culture and racism could contain an album’s worth of material. The “I-285” and “I-610” interludes may give us background information on the duo but their knack for storytelling is not wasted. From the Bone Thugs-n-Harmony inspired “City Of Nightmares II” to the infectious “Money,” Faith & Murray take on first-person narratives about their upbringing in the South. Where the downbeat “Decatur Street Blues” may be surprisingly disappointing, “Money” is the standout storytelling track. The duo’s chemistry shines through as they both deliver verses that are equally impressive.

This album’s target audience is not the attendees of youth conferences and TobyMac concerts. But that doesn’t mean there isn’t universal appeal in Southern Lights: Overxposed. Alex Faith & Dre Murray communicate about the world that surrounds them, but also provide the lyricism, production, and features that make up any high-quality hip hop album. It may not be perfect, but the album shines a light on the need to acquire the knowledge of other cultures and the hope that can save anyone. As for the visual album, it contains many elements of a good film but is brought down by too many issues. Maybe the filmmakers should have spent more time on the script instead of dropping so many cans of orange soda. I guess it must hard to correctly drop a soda can, as there is even a listing in the credits for Soda Dropper. Sounds like a sweet gig to me. Read More Here