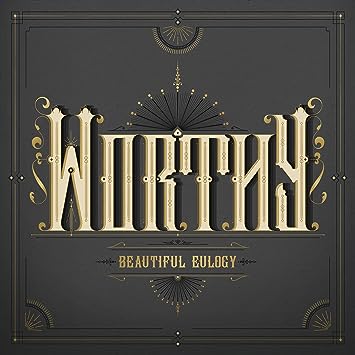 
It’s not too often I find myself wanting to grab a cup of coffee, fit on my best pair of over-the-ear headphones, and begin meditating on a hip-hop album. Beautiful Eulogy—hailing from Portland, Oregon—is back with their third studio album titled Worthy, and the excellence and originality of their art is once again deserving of a close listen.

The hip-hop climate is faddish, and I’ve had trouble sitting with albums past their release weekends. I’ve had about a week to sit with Worthy, and I’m still walking away impressed after every listen. Braille, Odd Thomas, and Courtland Urbano mix the right sounds with the right features to make this album feel bigger than life. With the grungy kicks, straightforward lyrics, melodic choruses, and subtle inversions of various instruments, Worthy compiles a wonderful album experience.

With the grungy kicks, straightforward lyrics, melodic choruses, and subtle inversions of various instruments, Worthy compiles a wonderful album experience.Worthy is the soundtrack of God’s bigness.

The album cover art and the intro track match beautifully. From the style of the art, you might presume the music should start with a huge introduction of a pipe organ—and it does. Everything immediately feels right. The tones of the organ make you feel the immediate “Weight”—the opening track title—of God’s glory. Courtland Urbano opens the doors of our ears to God’s grand cathedral and invites us to look around and behold the weight of God’s glory.

Before the album becomes too grandiose, Odd Thomas and Braille complement the airy awareness of God’s greatness with the reality that He holds all the intricacies of our lives in the palm of His hands in the track “If….” The reminder found in this track is to not hold our relationships too tight, nor to find our significance and worth in those relationships—carrying the theme that God alone is worthy of our complete allegiance.

If you take the most precious part of me and take my kids and my wife/It would crush me, it would break me, it would suffocate and cause heartache…

The focus on God’s power progresses in the single “Sovereign.” Listeners are called to remember the God “who governs the governments and establishes kings… who guides the plans of man, but lets man choose freely” and of the one who also has the “power to persuade man and sway souls for God’s sake/the ultimate source of authority who rules with mercy and grace. But man reduces this attribute to foolish debate.”

Foolish debate is a fitting descriptor of many exchanges we see today. If we consider the time wasted arguing Christian nuances, it will seem silly when standing before the mercy and grace of God. We are compelled to submit to the reality that we are not bigger than God, which should stir our hearts to “praise God from whom all blessings flow,” as Latifah Alattas of Page CXVI so eloquently sings on “Doxology.” Braille then expands on what these flowing blessings are:

You made me alive when I was dead in trespasses/ The passion of Christ left my sin in the past tense/
Every good and perfect gift comes from your hand/ You set me back on path when I run from your plan.

Running from God’s plan is what we all do when we ignore Him. We deceive and injure ourselves when we make our desires for anything other than God bigger than Him. The empty promises of our God-less pursuits become more like our messiah than Jesus. This is communicated in the chorus of Eulogy’s second single, “Messiah,” which features Citizens!: “I can’t always rely on my desires/ But I treat them like a Messiah.” Odd Thomas offers a test to help listeners determine where we place our hope:

I suppose what exposes the worship in most of us is a close look at most of our thoughts, fears, and emotions.

Braille teaches listeners what this test may look like through an honest self-examination:

I must confess it’s the mess I acknowledge/ When I’m stalling on my responsibilities and don’t apologize/
But make excuses, like my physical exhaustion/ Is a license for narcissism and speaking recklessly without caution

The spacey synth sounds of “Omnipotent” open the imagination, producing the sense that we’re floating powerlessly interstellar, raising the questions: Are you really in control of anything? How much power do you really have over your life? “The weakest man I know, is the man I see in the mirror/ But its okay to be inferior when you know Christ is superior.” Obviously drawing attention to God’s power, “Omnipotent”—featuring King’s Kaleidoscope—brings God’s power to earth and to eye level.

It’s really hard for me to be perceived as needy/ When everyone around me seems to be succeeding, while making life look so easy/
I’m constantly fighting this feeling of failing as a father/

God’s omnipotence is kept front and center—yet still not too lofty—on “Slain,”Eulogy’s take on social injustices. Only God’s intimate knowing of the realinjustices in America and around the world keep us from becoming hopeless when the majority culture turns a blind eye. Christians have most reason to hope when facing the grim facts of injustices, which actually liberates us to uncover and address its various forms. Eulogy marries these realities beautifully:

As the album concludes, listeners are once again drawn into signs of grandeur and vastness as Odd Thomas calls us to see “Immanuel”—God with us, who is Jesus:

Seeing Jesus is what we need if we are going to keep hoping and trusting these days. The album creatively comes together in the album’s title track “Worthy,”where all the themes of God’s grandeur, splendor, and magnificence are tied together intentionally, and therefore, excellently. Read More Here

Lyricists at the Top of Their Game

Beautiful Eulogy‘s lyricists are at the top of their game in Worthy. Odd Thomas is a rapping philosopher and theologian. In the span of seven or eight rapid-fire bars, he packs in doctrine. A few lines of “Messiah,” for example, cover a theology of pleasure, Edenic sadness, divine gifts, Christic centrality, idolatry, and a theology of emotion. Both Odd Thomas and Braille lean on the prolix side, with lines dense with words. But they are experienced rappers, each exhibiting strong breath control and facility for staccato expression. Odd Thomas’s inner-line rhymes lend an irresistible crescendo to his forceful material.

I have listened to Braille now for nearly 20 years (from his “Butterflies” days). The rapper has long been at the top of the list of hip-hop lyricists (secular outlets like URB have recognized him as such). His specialty is hard-hitting, heart-on-his-sleeve content, emotional, tapping into the struggle and glory of the regenerate human condition. Braille uses pitch and tone masterfully, occasionally breaking into what is nearly a yell to pierce the heart with biblical insight. In places in Worthy, the hair on the back of your neck will stand, as in Braille’s verse in “If. . .”:

Braille came up in a different day in Christian hip hop—the days when lighthearted, youth-group-focused artists proliferated; when Cross Movement blazed the “doctrinal rap” trail to the tune of ferocious East Coast beats (on par in some songs with Wu-Tang Clan and other leading groups, despite serious budgetary differences); when West Coast Christian rappers in some cases battled one another and in others delivered creative and impressive records; and when Southern rappers carved out their hook-driven, boldly-believing material (this book is helpful here).

Rap, and Christian rap, has gone in different directions since the early 2000s. Beautiful Eulogy has essentially charted new territory in the Pacific Northwest. Hailing from this region, Macklemore stormed the rap game a few years back, eschewing a splashy label deal for independent distribution, progressive lyrics, and an organic—at times almost tribal—sound. I would not link Beautiful Eulogy directly to the Grammy-winner, but it is clear a new subgenre has emerged in both secular and Christian rap circles in recent years.

Worthy showcases this exciting and still-morphing sound. Though some songs on the album are better than others, there are no skippable tracks. The softening of some of the electronic musical elements from past efforts strengthens Worthy. In general, the rappers are at their best with a fast tempo and a soaring sound. The majestic intro of “Weight” sets the tone for what follows; “If. . .” speaks movingly to the nature of persevering faith; “Worthy” brings to resolution the Jesus-drenched nature of the album.  Read More Here

Beautiful Eulogy Is One Of My Favorite Groups. If You've Never Hear... 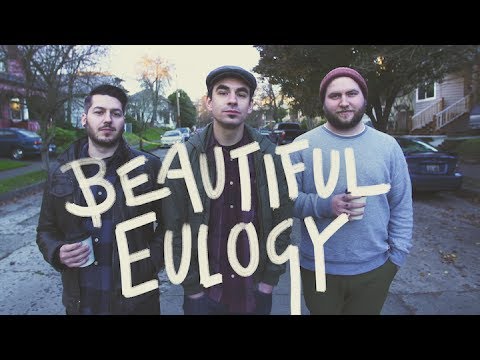 Beautiful Eulogy is a Portland, Oregon-based group made up of artists Braille, Odd Thomas and Courtland Urbano. The group introduces a distinct and directive sound based in the context of its members’ hip-hop roots and shaped by influences like electronic music, folk songs and old hymns.