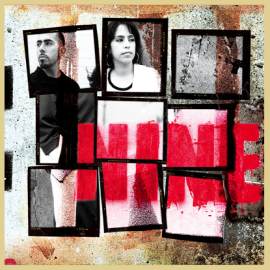 This is the follow up to New Breed`s first album 'Stop The Music' and this duo has a good pedigree being involved in the collective known as the Tunnel Rats. This is a concept album exploring the nine fruits of the Spirit. The beats are fresh and the rapping is tight. What I like about it is that their lyrics come off nice, clear and understandable which is not always the case. The lyrics are printed on the cover as well if you miss anything. Macho and Elsie who make up New Breed explore a variety of different beats and concepts that breathe new life into hip-hop. These lyrics really aren't afraid to tackle life issues, ie, "Peace" explores a few scenarios with one common thread and that peace is only found in Christ, and "Self Control" tackles issues of pride that could come with even limited fame. The song "Gentleness" makes me smile as they point out, " Even MCs who carry the light, try to walk into the church like they ready to fight." Now I know we are called to fight a spiritual battle but this brings a bit of balance to the sphere of Christian hip-hop. If you are looking for something fresh in hip-hop then this would be a good place to start. Read More Here

Nine embraces all of the qualities of New Breed's first outing, and offers a more in-depth approach to dealing with current issues. It is a also a concept album, the title representing the nine fruits of the Spirit as stated in scripture. New Breed flow candidly on the topics of love, joy, peace, long suffering, gentleness, meekness, faith, goodness, and self control.

Song composition is phenomenal, and is enhanced by the duo's fluid flow. Every element, including production, lyrics, theme and showmanship are at a plateau; a larger fan based is guaranteed due in part to Macho's clever verses and Elsie's sharp stanzas, reminiscent of Eve and Missy Elliot. Elsie even tries her hand in producing by creating the drum-driven track, "Self Control".

The introductory "Love" is an assortment of delectable beats, lush vocals, and sets the tone for the album. The repetitive acoustic guitar chord and traces of flute make this one a finger-snappin'-head-bobbin' delight.

"Joy" has a throwback feel as producer Dert lights a 70's fuse to it. "Peace" is loaded with signature Tunnel Rats flow and production from Dert as well. "Long Suffering" jumps off as the hardest cut on the album as the Rocky-style tune laces a story of uncompromising values and tells the tale of two that will never sell out for riches or fame.

The rest of the project is a bonafied hit, marked by fantastic imagery and word illustration.

Nine reaches above and beyond expectations for this sibling crew. Every song stands on its own, and the entire work is sure to spark excitement and rave reviews.

At the end of this musical journey, New Breed has everyone dressed 'to the nines'.
Producers: Dert, New Breed, Jermz, Kyle Hudnal