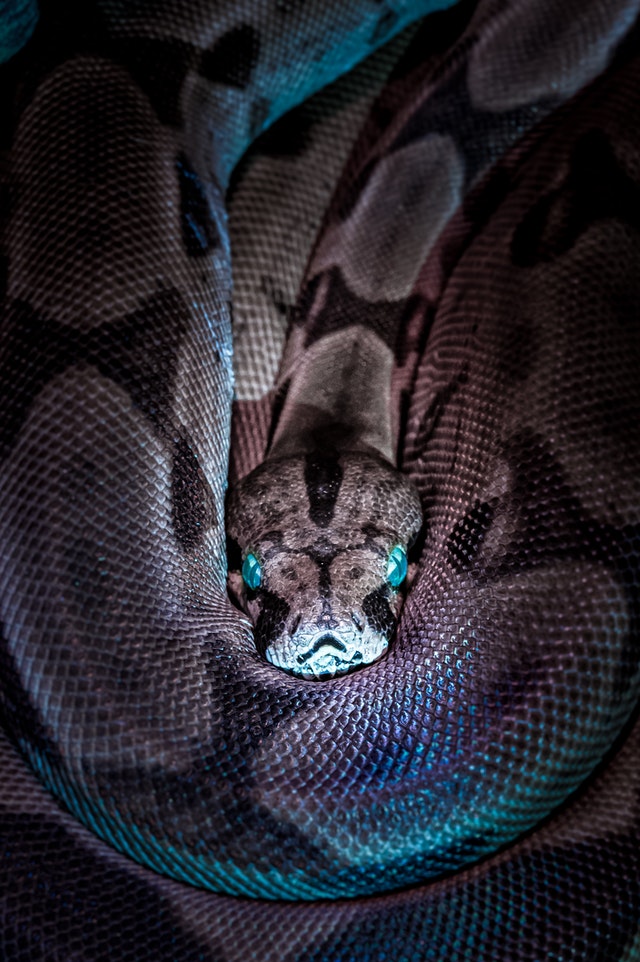 Acts 28:1-6 – “Now when they had escaped, they then found out that the island was called Malta.  And the natives showed us unusual kindness; for they kindled a fire and made us all welcome, because of the rain that was falling and because of the cold.  But when Paul had gathered a bundle of sticks and laid them on the fire, a viper came out because of the heat, and fastened on his hand.  So when the natives saw the creature hanging from his hand, they said to one another, ‘No doubt this man is a murderer, whom, though he has escaped the sea, yet justice does not allow to live.’  But he shook off the creature into the fire and suffered no harm.  However, they were expecting that he would swell up or suddenly fall down dead.  But after they had looked for a long time and saw no harm come to him, they changed their minds and said that he was a god.”

If you read chapter 27 you will discover that Paul was a prisoner on a ship bound for Rome.  A terrible storm had gone on for days with no end in sight.  When they spotted an island, they decided to make for shore.  The ship was destroyed but all lives onboard were spared, just as the Lord had shown Paul.

The inhabitants of the island were very hospitable and made a fire for them to warm themselves and were very kind to them because of the falling rain and the cold that was enhanced no doubt, by their dripping wet clothing from just coming out of the sea.

Paul, being the helpful person that he was, and also because he was a prisoner, was gathering sticks for the fire.  But when he dropped them into the flames a poisonous snake emerged from the bundle of sticks and bit his hand, hanging from it.  The suspicious islanders, talking among themselves reasoned that Paul must have been a horrible person, for even though he had escaped death from the sea the gods still demanded his life and so allowed the viper to attack him.  But Paul merely shook the snake from his hand into the fire and went on about his business.

They were amazed, because the people thought that he would surely fall dead or at least swell up from the venom.  But then, when nothing like that happened, they assumed he was himself a god.  They didn’t realize that Paul was no god and would soon tell them that, but that he was a servant of the one and only Most High God.

I don’t know about you, but I have a very high respect for snakes.  I’ve told you some snake stories before and as you probably remember, the slithering creatures and I have a mutual relationship – STAY AWAY FROM ONE ANOTHER!

But in the Bible snakes have always come to represent the devil and sin.  No matter how holy we may think we are and how close to God we feel we may be, each of us is still human.  We all fail God at times.  That failure is sin.  We all sin.  We don’t have to sin.  We weren’t destined to sin, but we do.  Something happens and in a fit of anger we do or say something we normally wouldn’t do or say.  At times sin is just like this viper that came from the bundle of sticks when it was aroused and irritated.  It reacts adversely, attacking us and trying to latch itself to us.  “You are nothing but a failure” it growls in our faces.  “You think you are something.  You believe you are holy and a Christian, but you are nothing but a failure and a looser.”  With these and other accusations the devil tries to make us feel inadequate and shamed.  We even may be tempted to just chuck it all in and give up.

But there is only one reaction that we need to have that will ultimately give us the victory over sin.  We must agree with the enemy.  What’s that you say?  Agree?  Yes, because without Christ that is exactly who and what we are.  We are failures aside from Him.  We can never be good enough or holy enough on our own.  When we agree with the accuser he is stumped and baffled and we then can surrender to Christ in admission of our sin and submission to His will.

Just like Paul, we can shake off that viper and live in victory over sin, the devil and ourselves.  In Christ we win – we always win because Jesus can’t lose.