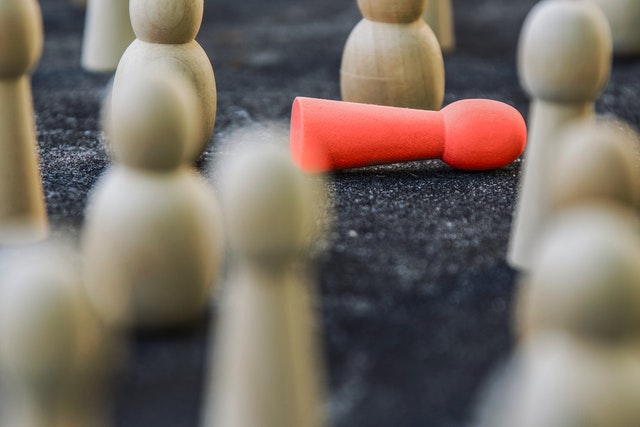 Geez, all through his ministry, people were trying to trap Jesus, the Sadducees and the Pharisees and Judas trapped him in the garden, and the Roman official stuff They had him trapped on the cross. But Jesus was always the one even when they thought they had him. They never really had him because he was always in control. Even on the cross, there were over 300 Messianic prophecies that Jesus fulfilled in his life and in his death, and so Jesus was Jesus was never  really trapped, see here. He is with this woman and he says I want to drink, but he's not really thirsty like that He's trying to give her something God doesn't really need anything from you. He can have another you in a minute. God, really isn't needing something from you when we talk about giving in the church, How dare you with your thirsty self, get an attitude they just want. My money, God doesn't need your money. God wants to be in your heart.

He wants to set you free You're, the one thirsty You're, the one, So He says, give me a drink. She says: well, We don't have a bucket and he's trying to get her to see that

He's got her all right got her. He came to some area and sat by the well and now she's trying just watch. I see us all right, go get your husband and She says what had happened was I'll, have a husband which is true, but it's not a total truth. You know how you do late Right. I Have no husband, jesus said you're right saying I have no husband, for you have had five husbands And the one you have now is not your husband. What you've said in is true and you're, thirsty, Thirsty and you're trapped, And when I asked you for water, I was trying to release you from Having to go all around the people and things And stuff that doesn't satisfy. I Want to give you something that comes from within. I Want to give you something that doesn't depend on bank accounts that doesn't diminish No matter how the biopsy comes back. I Want to give you something that you can live off of Something that only gets stronger in your struggle. I Want to give you unlimited supply and she said, sir, I think you're onto something She goes back to Samaria Carrying living water, that she didn't even expect again Comes back to Jesus, and the Bible says that many in Samaria believed because of her testimony, See it. What it was a trap: Jesus used the thirsty woman to transform an entire region. I wonder how he could use your life If he would receive this grace today. I Want to talk about the setup, Because that's what it was. It was a setup. That'S why he went through Samaria. He was setting this woman up. That'S why he asked for a drink Cuz. She was thirsty. That'S why he went to the cross hill 650 yards. That'S why he said I thirst and I'm gon na tell you how I found out. Cuz, I thought about that thing so long. I thought. Okay, How can living water be thirsty? How can a well need water? How can the one that spoke, the oceans into existence now need water From the very same source that he created?

How could God who reigns above the waters need water? How could it be possible that God could come down plunge us into the form of human man?

I Read that verse like like 20 times in John 19:28 and that don't read Greek, although I took Greek, I Don't read Hebrew, although

I took Hebrew, I was not very effective in my language studies and And and and I don't even read Aramaic, Which is what Jesus was probably speaking in at the moment when he said I thirst. But But what will? I do read really well as English, And I know I know my punctuation marks So when I read John 1928, have y'all got like seven minutes for me to tie this up. Seven minutes seven minute miracle, And, and and so it said that, after this, After all, you've been through. After all, they've accuse you off. After all, the people who walked away, who should have been there after this After they counted you out and sent you or nothing and mocked you after this, After a crown of thorns, was placed on his head after the blood ran from his brow. After this, After they beat us back after they released Barabbas after this after the cock, crowed and Peter denied him thrice after this, Knowing that now all things were finished, Jesus had one more thing to say. One thing to do because there are 300 prophecies And he was on 299 And see everybody standing around that day thought that death Had trapped, Jesus right and The cross was a set up, But it wasn't set up by Judas and it wasn't set up by the Sadducees and It wasn't set up by the Pharisees and it wasn't set up by Herod,

It was set up by heaven. Listen to me, preach this sermon. Listen to me preach this sermon. Listen to me preach on the parenthesis in John 1928. I preached on a lot of things in my little tenure preaching, but I never preached on a punctuation mark until today, after this, Knowing that all things have been fulfilled, Knowing that he had drank down the full cup of the wrath of God, so that you would Never have to After knowing that he suffered like a criminal so that he can reign like a king after humbling himself Being obedient even to the point of death on a cross, And it was saying Jesus said Parentheses To fulfill the scripture Huh. I Wonder why John put it in parentheses, Probably cuz, he didn't know, that's why it was happening at the time See when Jesus said I thirst, They thought he wanted water, so they gave him vinegar to mock him and The thing they used to mock him Was Actually the thing that he used To finish the work God gave him to do The thing that they put on a sponge to shame him Was the sea because listen, I got to tell you something stand up so I'll finish. This sermon, please! Oh, I got to show you one more thing See because When Jesus said I thirst to fulfill the scripture Parenthesis, Have you ever had to live in the parentheses. I mean like not Understanding why you were going through what you were going through.

Please be real with me. I cannot preach this sermon to closed hearts. I'M trying to give you water today for your thirsty soul, But sometimes you're in a wilderness, and you don't know why and Sometimes you're looking at a red sea and you feel trapped. Jesus looked trapped up there on that cross, but John said: no. He wasn't trapped. Death didn't trap. Jesus Jesus, trapped, death Nah Now I know why he said I thirst Now. I know why why the lips that spoke, the waters into their place on the earth said. I thirst to fulfill the scripture. God has a purpose for every thirst in your life. Death didn't trap. Jesus Jesus trapped, death Jesus was setting the trap for death. This was the last thing he had to do Before. The spirit would be released.

It'S a setup If he didn't suffer Salvation, could not spring up like a well. If he did not suffer It could not flow forward. If he did not die, he could not rise. Somebody shout it's a setup. It'S not the end. It'S in the parentheses. It'S in the parentheses, Sometimes you got to trust God in the parentheses, in the tight places, When it looks like you're trapped to know that the very red sea that feels like it's gon na kill, you is gon na drown, your enemies behind you, somebody shout Just When the devil thought he had Jesus trapped Just when he thought it was over Just when he thought we got rid of that one Just when he thought it was the end just when they wrote the stuff, let it become a trap. God said I got you. The trap they set the trap To set the trap, so God brought you here into this garden, so you could sweat out your insecurities. God brought you here into this tight place so that your doubts could die and your faith could live and never thirst again.