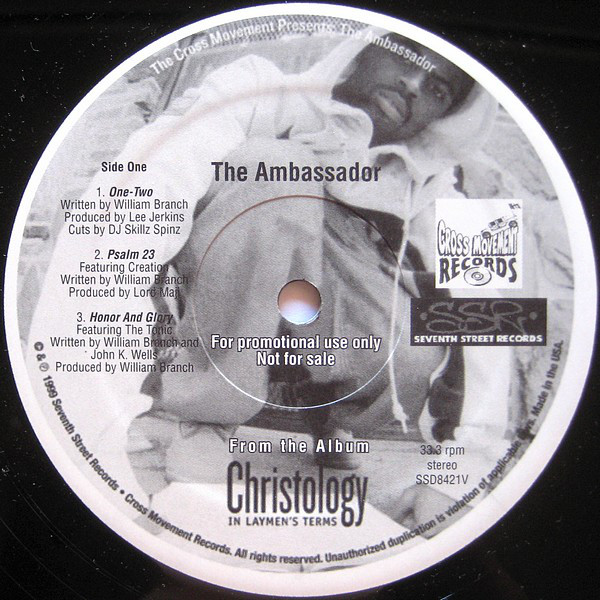 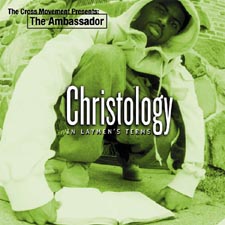 This, the third segment flowing from the camp, is titled Christology - In Laymen’s Terms, and serves as the solo debut from Cross Movement member, the Ambassador(aka William Branch).

The first track (let’s call it an ‘introlude’) sums up the overriding theme of the project, as the Ambassador declares in prayer, “I deliberately focus on your Person, and the work of your Son, Jesus Christ.” He elaborates in a subsequent interlude, “We focus in on Christ, the Person, the work, the pre-existence, the incarnation, the earthly ministry and His return.”

Elements of the same Philly-based, East Coast flava that brought acclaim to the two Cross Movement albums are also evident throughout this 21-track (74 minute) project. The Ambassador is variously joined by Cross Movement fellow crew members Cruz Cordero, The Phanatik, The Tonic and Enoch on individual cuts, with production 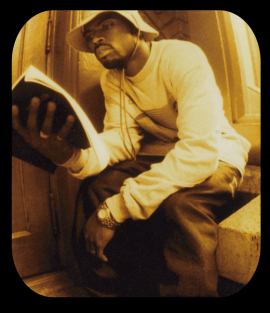 work by lord Maji, Lee Jerkins as well as Branch (but none by T.R.U.-L.I.F.E., whose work characterizes previous CM projects).

There are some changes however, primarily marked by the inclusion of a few softer, more jazzy cuts which include vocal elements by names such as Erica Arthur and Angie(aka Creation) riding underneath the rap flows.

The lyrics and wordplay of each track are works of art, crammed with profound theology that is always relevant and approachable. It’s commendable that the artful, chunky CD booklet includes include the words to every single cut on this piece (excluding interludes). This makes even the reading of them a spiritual journey in those situations where it isn’t practical to play the walkman.

“God’s gripe is with sin and we who seem to like it,
We’ll call Williams so he can hype it,
But if you saw the measuring rod that God was holdin’,
You’d know you fall shorter than Webster and Gary Coleman”

“Products of the City Life” (but yet we live for Christ), is a blunt testimonial track which again demonstrates that orchestral samples when used appropriately, can be phat. The flow runs fast and deep. “I Love You Jesus” takes a slight detour from the other tracks, falling into a smoothed 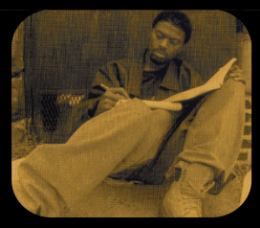 out melodic vibe, with the groove boosted by acoustic guitar and the vocals of Erica Arthur on the chorus as The Ambassador delivers a ‘hands up’ praise flow. Admittedly, that’s just scratching the surface of what this project offers.

The essence of hip-hop is in keeping it real. Considering that the Ambassador delivers profound scriptural truth on every track, always confessing Jesus Christ as Reality, this project is the ultimate in legitimacy in the genre. There is zero confusion that this CD will generate mass appeal to those in the Gospel hip-hop community, and given the right exposure, beyond.

And there’s no doubt that this is the CD to check out if you really want to hear what’s going on in the genre today. You might just be blown away.  Read More Here