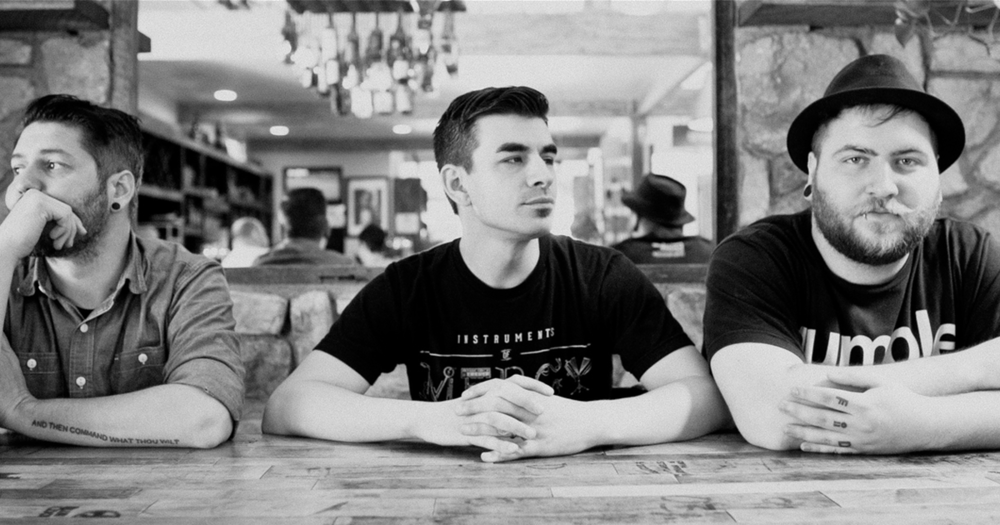 Hip-hop, at its core, is a competitive genre. There's an unspoken rule that someone has to be on top of the game. To the point where even hip-hop fans look on expectantly. They look on in waiting, hoping to see that one artist will climb the mountain, and try to take the crown for themselves. However, what do you do when you have people who climb that mountain, and instead of taking the crown for themselves, proclaim that only God is worthy of the true crown? Well, you get Beautiful Eulogy, and what a fitting name it is for this group.

For the record, this group consists of Braille and Odd Thomas, who do the rapping, and Courtland Urbano, a music producer. They flip typical hip hop conventions on their head and deliver rhythmic eulogies over beats. They've been at it for years, and they're back for another round with their new album, Worthy. It's SimIAm I am here with Rapzilla, and today I'll be bringing you guys a full analysis of this project, as well as hopefully giving you guys some deeper insight into the world and perspective of Beautiful Eulogy. Let's get into it! This is an album with an incredibly unorthodox approach. Worthy combines elements of a full-fledged worship album with the elements of a hip-hop album, as far as lyrics go.

Coming from the hip-hop side of things, there's a lot of relating to listeners through Beautiful Eulogy sharing their own life struggles and experiences. For example, in the song, "Omnipotent," which might lead listeners to believe it's a song that strictly talks about God, Odd Thomas throws a curveball. He mentions at first the idea of a biblical man, but then spends the rest of his verse talking about how difficult that standard is to achieve. He talks about the insecurities he struggles with, and how he constantly battles the desire to live up to man's standard for success. He does turn to God at the end of the verse, but the stark honesty he raps with in this song will catch you off guard.

That's part of what makes this album so interesting. There's an unabashed and unrelenting worship of Jesus going on, but the album's lyrical content is not necessarily joyful. While we ought to have joy as Christians, we should never lose the ability to look within ourselves and be humbled by our true brokenness compared to Christ. That's where I find this album's mindset, oftentimes. Beautiful Eulogy doesn't seem depressed as a group; simply quieted and made aware of their human nature, something we all should be blessed to experience. In the song, "Messiah," Braille shamelessly exposes his own heart, revealing the ways in which he makes walking with God more difficult on himself. From shirking responsibilities, to seeking false satisfaction, to having a lackluster prayer life, among many other things. It's this fallible human nature that makes the album so painfully relatable. Ii heavily identify with a lot of the struggles that both Odd Thomas and Braille share in some songs. Even for the struggles I don't identify with that they share, it reminds me of my own problems and the brokenness they bring.

This album takes the perspective of what really happens when we glorify God. As Jesus becomes more and more a reality, all our faults come more and more apparent, making for this level of soberness that we pick up on throughout Worthy. However, there is another more uplifting side of the album, and it receives the most attention. Worthy spends a great deal of its time praising God in one way or another, and while that may seem as though it could get boring, it never really does. God is a limitless being, and the creativity He inspires with us can be limitless if we point it back to him. As an example, the intro to this album, called, "Weight" exhorts listeners to remember that the afflictions of this world are weightless compared to God's unending glory. Meanwhile the song, "If," ponders what it would be like to be stripped of everything by God. Odd Thomas worships God in this idea, saying that ultimately, God is his everything, and to lose it all but remain close to God would be considered gain. This is reminiscent of Job from the Bible, who refused to curse God's name even after he had lost so many things.

Almost everywhere you go in this album, God is being worshiped and uplifted, whether it's by Braille, Odd Thomas, or one of the feature artists. The song, "Devotion," only has the pastor Art Azurdia on it, and he spends that time giving a message about authentic faith. He says that the strength of our faith is directly correlated to the accuracy of our understanding of Jesus Christ. This accuracy is improved by investing ourselves in the Word of God, as it's from God himself. It's such a dense message packed into three minutes that I had to listen multiple times to catch certain points and implications. This album doesn't necessarily have a point A to point B kind of mindset. You never feel like you're moving towards an end point with this project. It's more so a call for a time of sobriety and deep reflecting, as well as heartfelt worship for God.

This isn't an album meant to really uplift our hearts. It's meant for all of us to stop and personally ask ourselves a question: "Is Jesus still the center of my life?" Worthy starts and ends with the clear focus on God, and all throughout the project, that focus never strays or feels watered-down. It's all in the span of just some 40 minutes, making for an incredibly short album with an overwhelming amount of content to unpack. To compliment the unusual lyrical approach of worthy, the production ups the ante and makes sure that the album is anything but normal. Worthy isn't necessarily old school or new school in its sounds, despite how long Beautiful Eulogy has been making music for. The album feels forgotten by time and trends, full of sounds that click together and make a project that seems to breathe at times.

The heartbeat of this album is consistently calm, and every track in its own way is so mellow. Courtland Urbano demonstrates his ability to create immersive atmospheres and sound scapes that create a journey within each song. This style of production majorly helps the messages hit at full force, but that doesn't mean the production is lacking in the least. If you tune out the lyrics of each track, you'll find that the beats are intricate and full of multiple layers. A voice will always capture a lot of attention, but these beats have things of their own to say. It's a distinct type of production that I only really pick up from Beautiful Eulogy, a sort of sound that always seems to be thinking and contemplating.

It's seasoned and highly technical, but still relaxed and never intense. I think it complements the hard- core messages that Beautiful Eulogy tends to deliver, making for an album that's surprisingly easy to listen to. The speech in "Devotion" for example is backed by a soothing beat that makes it all the more engaging and probing. During moments of worship throughout the project, the beats often feel grand and reverent. During moments of self-reflection and sobriety, the beats are able to provide a sense of humility and quietness. I haven't cited too many specific examples because the crazy thing about this album is that the whole project is like this. None of its songs feel like 'moment' songs, as in a song for when you're feeling happy sad or anything of that nature. Without sounding samey as each beat has its own stamp of creativity, the production is nonetheless uniform at all times, always thinking, always calm, always reverent, and always heavy with a sense of repentance.

These things combine to inspire the idea that, even though we fall as humans, God is still perfect and worthy of our worship. I've never picked up such a message from an album's sounds alone before, and Worthy showcases the amount of detail and love poured into the heavily percussive and lush production. If you know about Beautiful Eulogy already, then you might expect that there isn't too much to say in this area. Beautiful Eulogy is hands-down one of the most consistent groups of all time, in my opinion, from multiple angles.

If you want to talk about lyrical themes, this group has always stood as an unwavering pillar for God and biblical truth, no matter what the trends were pushing towards. Odd Thomas and Braille both go way back in this pattern, Braille having multiple albums before the group started in and Odd Thomas having made music as well. Courtland Urbano, going by the information about him on Humble Beast's website, has also been at making music for quite some time himself. From a production standpoint, this album easily carries the torch of past works.

What intrigues me so much about Beautiful Eulogy is that there's three of them, but they still manage to mostly blend together all of their artistic preferences. You can always tell when Odd Thomas is speaking or when Braille is rapping, but the way they transition off of each other is never jarring or disruptive. This synergy is as present as it's been in the past and the project stands as their most probing and sonically expansive one yet. One word... changes everything-- if I spent this review saying that this album was weird, you might be that much less likely to go check it out. Instead, I wanted to highlight the amount of creative love poured into Worthy. The word I wanted to focus on was, "originality." From start to end, it's eccentric without ever trying too hard. The album keeps you off of your toes, uncomfortable even, without ever once trying to condemn you as a listener. Beautiful Eulogy raises up God's Word as the standard, and they reveal the ways in which their sin is exposed in comparison to His Word.

It's a shockingly honest reflection of self, an unrelenting proclamation of worship for Jesus, and a profound example of team work. While I've done my best to give a descriptive outline of the project, I do have to stress something. Beautiful Eulogy is a hip-hop group, but it's hip-hop in a lighter form. There's a lot of influences coming from other genres, such as folk and electronic music.

I've noticed that some people who don't normally like hip-hop really seem to enjoy this project. It doesn't mean that hip-hop fans won't enjoy it, but just keep in mind that this album is as far away as it gets from the hip hop sounds of today. If you're looking to experience a project that completely deviates from today's hip hop, then I would highly recommend this one. That's about all I've got for this album; what did you guys think of Worthy and Beautiful Eulogy's group dynamics? Drop a comment below to let Rapzilla and I know your thoughts! Until next time everyone... Peace out!.