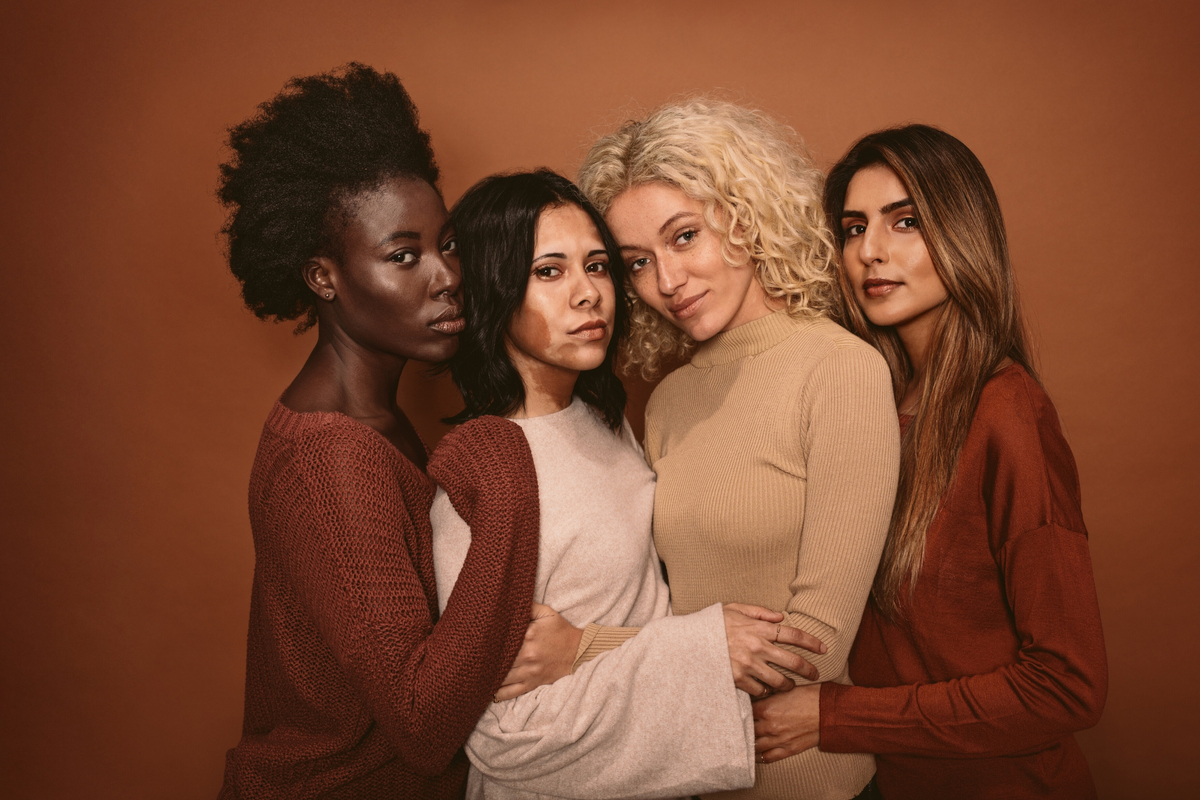 The never ending battle against the Media and it`s bogus  idea of the "PERFECT WOMAN". *sigh*

Lately I have been studying the media, reading articles, watching news, and looking for anything that I can find to make me feel that there is still  hope for our world. If you have read any of my past blogs, then you will already know where my concerns lie.

For those of you that are just reading me for the first time, my concerns are strong regarding women of today and their search for the true identity of themselves.

Women today have fierce competition. I have spoken to many men also and they have strongly let me know that they would not trade their gender for any amount of money. They actually feel sorry for the women of today. A few of them even shared with me that they hate the fact that everywhere they look, the media's idea of, "The Perfect Women" is stuck in their faces. Sure its nice to see, any human being will appreciate a nice looking picture. What  happens at that very minute though is that they (the men) are put in a situation of feeling that they are betraying their partner by not knowing exactly how to react. I know, I know, some of you are thinking that it is the women's fault that the men think that way. I will agree in some cases, but these men that I have spoken to were being quite genuine in the fact that they themselves did not appreciate it.

I was reading an article that was advertising the new television line ups for this falls season. I was horrified when I read about the graphic violence being used against women. Episodes showing a woman thrashing in a cage, with duct tape across her eyes, while a man's hands are shown grabbing her bloodied fingers through the bars of the cage and ripping off her fingernails. Another is chained up like a dog in a basement by her so called loving husband. It gets worse; there is also one with a woman paralyzed by  venomous spider bites and is being raped by a masked figure. These are what society is allowing for after dinner viewing. I am embarrassed to even say that this is my world seeing this. They made more noise when Janet Jackson slipped a peak of her nipple at a damn football game. In a word...SAD!! The media has definitely figured out how to make money at every woman's expense.

On a much happier note, in my searching the worlds media I did find a very refreshing commercial put out by DOVE. It can be viewed at their website:

www.campaignforrealbeauty.com . "Cheers Dove" is all I can say. Dove is pushing hard and continuing an uphill climb to bring back what was put on this earth as, The Real Women.

I also ran into an article trying to cut this refreshing change down. The magazine people that pride themselves on using air-brushed models with unrealistic looks, called the Dove girls in this commercial, "civilians". Ha! Now that is a very obvious show of defeat. They're even trying to say that women of today will not want to buy from ads that do not promise you unrealistic beauty. Ladies, the media is in fact calling you stupid as far as I read. I take that as an out right insult.

It's about time that someone stood up and gave the media's negative actions a run for their money. Money made at real women's expense, as I said already once. They also mention something as silly as women worry if they looked fat in their pants, as being an old age insecurity. DUH! No one ever said it was new, jeesh. I am also curious just how far women today are willing to let the media's idea of  "The Perfect Woman" go. We are already the butt-end of the cosmetic surgery joke. I feel that the only reason any woman would be turned off by Dove's real women, is because they have been so brain washed into thinking that the media's idea of  "The Perfect Women" is what is real. I feel sorry for them. Ladies of today, we must stand up and fight back. Do not let them turn, what is suppose to be real, into barbie dolls.

So many women are confused about what is, and what is not. Why do you think so many women suffer from low self-esteem, with cosmetic surgery at every street corner and so many unrealistic expectations coming to us from the media on how a women is suppose to look? Blah, blah. It's no wonder women are so confused.

Well I know that there is strength in numbers and I do know that there are more women today that are sick of all of the media's ideas. Ladies with low-self esteem, stand up, go to the store, and support DOVE. So what? They make money and yes, maybe there is a bit of truth that they too are using us as a way to profit. But at least we have a place to start to turn things around. We will never be able to turn them back, but we can make them work for us, not against us. Oh if anyone thinks that Dove has asked me, or payed me to speak of them in my blog, NO and NO. I am speaking on behalf of every women out there has been damaged by all the garbage that the media is trying to run our world with. Womens Selfesteem.com is happy to say that Dove is doing a very good thing, on the "real women" of today's behalf.

"Don't back down just to keep the peace,

Standing up for your beliefs builds self-confidence and self-esteem."