Dope Christian Hip Hop music didn’t start with Lecrae. No, this has been going down since the mid-’80s. So I put together a list of seven classic christian hip hop albums you should have in your collection. This list is in no particular order, is not ranked or exhaustive. It was actually very hard to do. There are albums I wanted to add to the list but couldn't because I could only pick seven. There are more fire christian hip-hop albums so please keep digging. Also, please let me know what seven albums are on your list

Wow. Simple as that, the album title says it all. Mars Ill knows that they are in fact good and they showcase their unmatched style all over this release. Dj Dust style reminds me of dropping a 7-Eleven hotdog on a street, picking it up, seeing that it has dirt and rocks on it and still taking a big ol bite. That said the beats match manCHILD's let my lyrics do the talking style and mesh together to make something nothing less then groundbreaking.
Read More
Lecrae -  Rebel 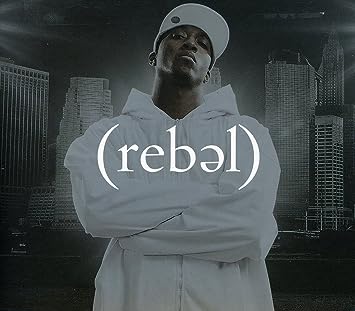 Lecrae is at the top of his game with Rebel. Real Talk and After The Music Stops were great albums, but Rebel definitely tops the both of them. Musically, it's easily as good as (if not better than) anything you will hear on mainstream rap stations. Lyrically, there's no comparison. Lecrae's message is better, and better for you. This is definitely an album that rap fans will want to pick up
Read More

A true to the street's representation of the hottest beats and lyrics coming from the place where it all began, New York City. "MARK OF THE EAST" captures the five borough authentic flavor that the masses have been craving for. It is the answer to all non-believers who say that Christians can't get down for their crown! We can indeed, while at the same time bring forth the message of Christ in supreme fashion. This compilation features New York's finest such as Corey Red, Lower Deck, A.D.F and Precise

4th Avenue Jones, the hip hop outfit that has been set to blow up for years, manages to harness a wide range of styles and musical elements resulting in their debut national release Stereo: The Evolution of HipRockSoul . Starting off the album and running throughout, are sound bytes of a radio dial being tuned behind fond memories of music as told by members of the six-piece powerhouse. Pulling from each edge of the musical spectrum, 4th Avenue Jones creates a listening experience like none other as they forge the way for a genre they've dubbed HipRockSoul. Anchoring the sound, the roots of rock and hip hop combine with jazz, funk, and r&b to provide an artistic and innovative concoction that serves up a taste of the future of music as we know it. 4th Avenue Jones pulled out all the stops and have achieved new heights with Stereo: The Evolution of HipRockSoul . With a firm grasp of musical standards and traditions, the group stretches the borders on this phenomenal effort.
Read More

Corey Red & Precise have  released their debut album, via Life Music, in Resistance Iz Futile . Street savvy veterans, Red & Precise have witnessed their fair share of hardships in life and rightfully so, struggles and street-tales are aplenty on their entry LP. If you were lucky enough to get your hands on the late-90's Mark of the East compilation you were introduced to the NY-duo on the eminent Six Million Ways track. It's been almost a year since the duo released their Resistance Iz Futile prequel EP, and to the dismay of impatient rap fans the group took their long-awaited time releasing the actual LP. Intact, 5 years later the Bronx bombers are back with a vengeance, its just hard to believe that Resistance Iz Futile could be considered their debut.
Read More

The Earthworm is hip-hop group LPG's first album. It was released under Brainstorm Artists International in 1995. It is considered a classic in the early christian hip hop scene.
Read More

The lyrics and wordplay of each track are works of art, crammed with profound theology that is always relevant and approachable. The project is musically versatile (within the East Coast realm), and so masterfully constructed that shining the spotlight on individual tracks seems like an injustice —this is one of those albums that truly deserves to be heard in its entirety.
Read More
What seven albums are on your list?
Tags: 'stereo: evolution of hiprocksoul, 4th avenue jones, christian hip hop, corey red & precise, hip hop, lpg, lecrae, mark of the east compilation, mars ill, music
★
★
★
★
★
Votes: 0
E-mail me when people leave their comments –
Follow
Posted by Prince Malachi The First