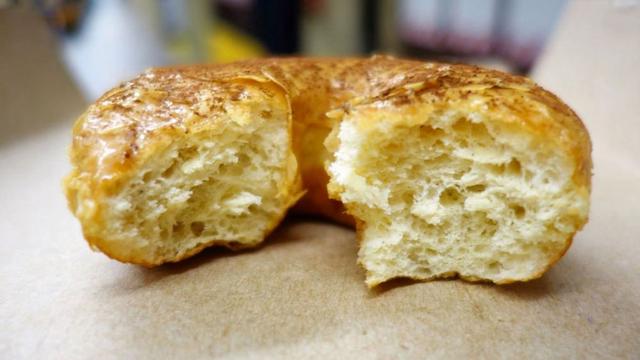 NEW YORK (HOODLINE) — Food trends come and go. So how can you tell which tastes are trending right now?

We took a data-driven look at the question, using Yelp to discover which local businesses have been most discussed this month.

To find out who made the list, we looked at New York City businesses on Yelp by category and counted how many reviews each received. Rather than compare them based on number of reviews alone, we calculated a percentage increase in reviews over the past month, and tracked businesses that consistently increased their volume of reviews to identify statistically significant outliers compared to past performance.

Whether or not you’ve been hearing buzz about Midtown’s The Doughnut Project, the doughnut spot, which offers coffee, tea and more, is a hot topic according to Yelp review data.

While businesses categorized as “Doughnuts” on Yelp saw a median 0.9% increase in new reviews over the past month, The Doughnut Project bagged a 12.8% increase in new reviews within that time frame, maintaining a healthy four-star rating. It significantly outperformed the previous month by gaining 5.5 times more reviews than expected based on its past performance.

Open at 912 Seventh Ave. (between 57th and 58th streets) since January 2018, this second location of the West Village bakery offers up a slew of different doughnuts in unique flavors, like lemon poppy seed, Irish whiskey and espresso, and olive oil and black pepper. Don’t miss the Everything Doughnut, a sweet and savory creation inspired by the “everything bagel.” 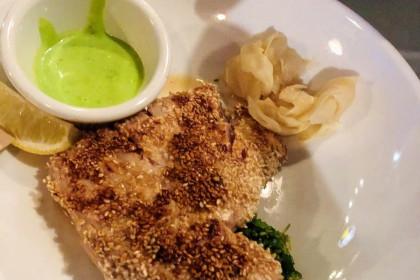 The Theater District’s Patrick’s Restaurant is also making waves. Open since January at 259 W. 42nd St. (between Seventh and Eighth avenues), the steakhouse and pub, which offers burgers and more, has seen a 34.3% bump in new reviews over the last month, compared to a median review increase of 1.6% for all businesses tagged “Pubs” on Yelp. Moreover, on a month-to-month basis the eatery’s review count increased by more than 150%.

The menu offers classic American steak and seafood dishes, from strip steaks to crab cakes and lobster rolls. There’s also a raw bar, as well as a full selection of beer, wine and 10 different specialty cocktails. Over the past month, it’s maintained a strong four-star rating among Yelpers. 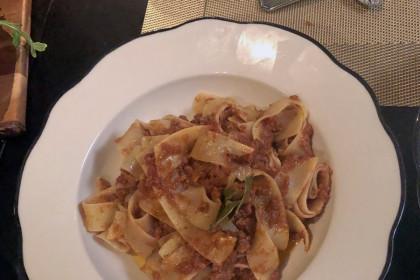 Hell’s Kitchen’s Nittis is currently on the upswing in the Italian category on Yelp.

While businesses categorized as “Italian” on Yelp saw a median 2.1% increase in new reviews over the past month, this Italian spot increased its new reviews by 20.5%—and kept its rating consistent at 4.5 stars. Review counts increased by more than 600% on a month-to-month basis.

Open for business at 523 Ninth Ave. (between 39th and 40th streets) since October 2018, the business offers authentic Italian favorites, like pasta Bolognese, chicken parm, whole branzino and short rib polenta. Nittis is open for lunch and dinner daily and for brunch on the weekend. There’s also a late-night menu offering small plates and desserts.