Everyday Struggle host and Hip Hop Influencer DJ Akademiks today set down for his morning Hip Hop radio show Everyday Struggle and said he does not know who NF is. NF just bet Chance The Rapper as the number 1 album on the Billboard top 200 charts. Mainstream hip hop has not embrace NF do you think NF needs Hip-Hop comment below.

NF The Search Album Goes Number 1 Over Chance The Rapper

NF’s The Search has officially debuted at #1, surpassing Chance the Rapper’s debut album, The Big Day.

The Big Day’s seemingly delayed-release may have contributed to the upset. The album released just before noon central standard time instead of a more typical midnight eastern standard time release.

J. Crum has just released his brand new single UNFAMILIAR. The self produced track features Luis Castro on bass. UNFAMILIAR is about finding and being secure in your identity. With the smooth bass line and lofi feel J. Crum gets introspective.

Mike REAL and FLAME are both from St. Louis, Missouri, and have known each other for over ten years. Mike said that one time


“A friend of mine from high school was the little brother of his [FLAME’s] producer at the time, and he was like ‘My brother is producing for this dude, he’s dope. You should come to my church and check him out,’ so I did.”

Jam The Hype Jam the Hype

A court decision just came down announcing that Katy Perry (and her producers) had infringed on the copyright of Flame’s Joyful Noise (2008) track in creating her song Dark Horse (2013). Dark Horse was one of the biggest pop songs in the last decade, earning record-setting sales and multiple industry awards including the American Music Awards song of the year, Grammy Award for producer of the year, MTV Video music award for best female artist, and MTV Europe award for best music video. 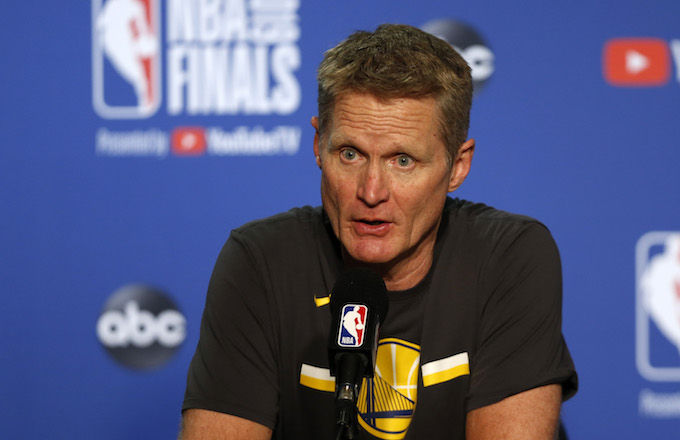 That may not be hyperbole, too.
When the Golden State Warriors acquired D’Angelo Russell as part of a sign-and-trade deal that helped usher Kevin Durant to the Brooklyn Nets this summer, the consensus response was that the Warriors weren't a good fit for the 2019 NBA All-Star point guard.

Fox News personality called Sean Hannity on Monday called for an armed occupation of every school and mall in America. The right-wing host has been known to advise President Donald Trump and the White House on policy. “Let’s stop school shootings, we’ll start there,” Hannity said. “Let’s stop mall shootings, let’s start there.” “I’d like […]