Jacob and Judas,  a Taelor Gray project executive produced by Christon dropped exclusively through Pledge Music with limited time to purchase in 2017. Well now everyone can bump it!


“Executive produced by his brother, Christon Gray, the album will be upgraded version of the sound fans have come to love, while exploring a deeper level of vulnerability concerning family, friendships, marriage, the church and the music industry,”
Read More Here
Lecrae Announces Upcoming Album

See all our latest videos here. Troyer Goldman has a “complicated” relationship with religion. While he recognizes that much of his moral framework is built on Christian principles, he identifies as neither Christian nor religious.

New Music Video! Bizzle - On The Low ("Light Work 2" OUT NOW!)
"Light Work 2" Available At http://smarturl.it/LightWork2
Brinson's New Video And Song "You're So Good", Is About Keeping A P...

Video: Brinson "You're So Good"

Right off the bat with the first track, Corey Red, the listener should realize that this is not one of those albums that’s going to be a feel good album. It’s not one you’re going to walk away saying it’s a hot album because of the beats or anything surface level. Psalms of War is an album you have to receive both intellectually and spiritually. What I mean is that this album challenges both your faith as well as have the listener consider why we do what we do.

Review - 'Avengers: Engame' Might Just Be The Movie Of The Year

The wait is over, and the biggest film of 2019 has finally arrived. Marvel Studios' 12 year 22 film journey achieves its remarkable zenith this weekend with Avengers: Endgame, putting the capstone on the MCU's status as the biggest, most successful, and unquestionably most epic franchise in cinema history. Last year, Avengers: Infinity War left many people wondering, "How will Marvel top this? Can Marvel top this?" Let there be no doubt Marvel has answered those questions loud and clear.
Read More Here
MY LECRAE PLAYLIST!!
Lecrae Goes To Prison Watch The Video!
Atiba Halisi Is An Underrated Artist. Peep This Playlist and Find O...

Atiba Halisi Is an extremely slept on Emcee. Peep This playlist and find out why. Let me know your favorite songs and thoughts in the comments below. John Singleton was the first African American nominated for a best-director Oscar, for his 1991 film about life on the streets of South Central L.A. 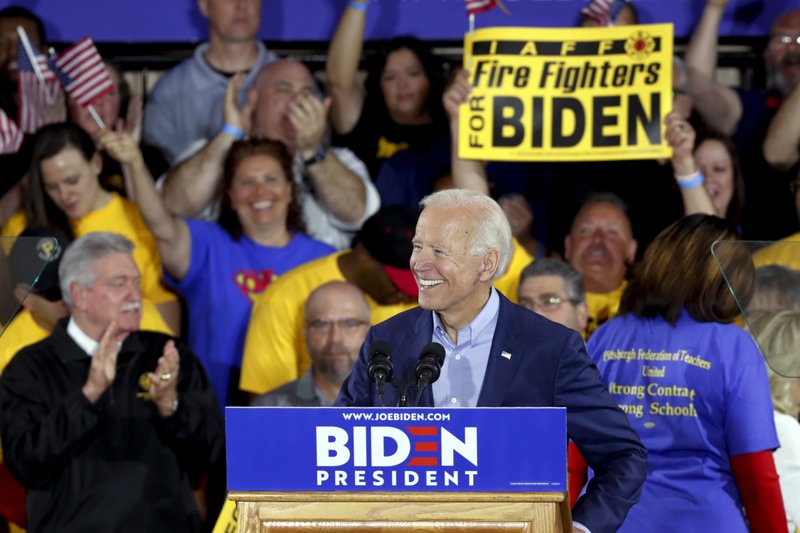 Joe Biden accused President Donald Trump of abusing the powers of his office and ignoring everyone but his political base Monday in his first public rally as presidential candidate, arguing in the crucial battleground state of Pennsylvania that strengthening unions and promoting social and economic unity can restore Democrats to the White House.

The former vice president told hundreds of supporters and labor activists that Saturday’s deadly shooting at a California synagogue proves anew that the country is “in a fight for its soul.” But he spent more time criticizing Trump for his political behavior than for the president’s past comments concerning white supremacists, unlike Biden’s video formally kicking off his presidential campaign last week.