"One" By The Battery Is a Must Have EP! 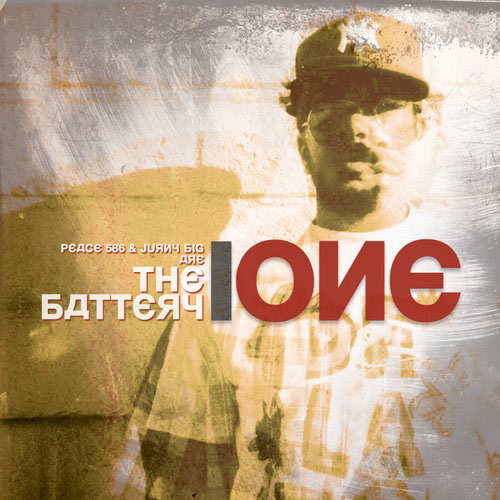 This new EP has Peace back behind the boards and Jurny on the mic. This combination is one we have all loved over the years. The question is do they still have what it takes to put out quality music? I am proud to say the answer to that question is a resounding “Yes!” Look no further then the opening cut on the EP called The First 48, and all of your doubts will be swept to the curb. Jurny goes off and sums up why he is back saying, “Cause I am a quarter great, a couple quarter legend and another quarter hate but surly that is needed cause of what I heard of late, so jurny gonna return so I can murder fakes cause kid I’m trying to eat again.”

Next up is the first single called Break which is one of the better songs I have heard all year. It’s not a ground breaking track in regards to production or rhyme patterns or even subject matter. What makes it so special is the honesty and wisdom that is shared. Jurny, a veteran emcee, talks about what he has learned in his own life and if the younger emcee’s are smart they will take what he is saying to heart. When you hear lines like “It’s all ironic I wanted to be the greatest rapper in the world instead of the best me. So I was searching for the former and I lost my sight,” you realize that this is something you don’t hear from emcee’s today. The song is filled with many quotables and Peace put together a perfect back drop. It’s quality hip hop.

The next track is Pavlov’s Dog. If you don’t know, Ivan Pavlov is a Russian scientist who became interested in studying reflexes when he saw that the dogs drooled without the proper stimulus. After numerous studies he struck a bell when the dogs were fed. If the bell was sounded in close association with their meal, the dogs learned to associate the sound of the bell with food. After a while, at the mere sound of the bell, they responded by drooling. As you listen to the track you can see that Jurny associates that line of thinking with him and his battle raps and Peace put together the perfect backdrop with a bell to bring home the point of the song.

Vincent Reynosa is one of those tracks that might catch you off guard after the first listen. It’s different than anything you have heard from either Peace or Jurny but it really works. Over native chatting Jurny starts spitting and you are sucked into his world. From that point on you can’t stop listening. The beat is minimal and seems to take a back seat yet it will have you talking about it after it’s done. Jurny starts and stops rhyming at will in a non-convential song that reminds you there isn’t much the two can’t do.

The EP ends with what could be the gem of the project. Over a piano centric backdrop, Jurny tears it to shreds with some introspective rhymes. If you had any trouble with some of the other tracks being a little different this song will take you back to classic Jurny and Peace. It’s straight up boom bap and it’s done to perfection. I can’t say enough about this track, it’s everything I look for in a song. A head nodding beat, strong lyrics and great delivery. Do yourself a favor and get some nice headphones and listen to this track…your neck will thank you.