Catch up on all the news, scores and highlights from Tuesday's NBA playoff games

The NBA playoffs rolled on Tuesday night with a trio of Game 5s.

In the first game, the Celtics got Marcus Smart back, and he made an immediate impact, helping to hold the Bucks to just 15 points in the first quarter. He finished the game with nine points, five rebounds, four assists and three blocks, while also making some spectacular defensive plays. Thanks to Smart, and a big 22-point, 14-rebound game from Al Horford, the Celtics escaped with a 92-87 win over the Bucks to take a 3-2 advantage in the series.

Following that game, the Sixers held off a late charge by the Heat to win, 104-91, and take the series 4-1. This is the first series win for the Sixers since 2012. It was an ugly game at times, with neither team shooting better than 42.4 percent, and combining for 26 turnovers. But it was enough to get the job done for the Sixers, who got 19 points and 12 rebounds from Joel Embiid and a pre-game boost from Meek Mill.

Finally, the Warriors took care of business, winning Game 5 to eliminate the Spurs. It looked like the Warriors were well on their way to a blowout victory, but the Spurs showed incredible heart. Down by 15 at one point in the fourth quarter, they had the deficit down to two points in the final minute. That was as close as it got, though, as the Warriors pulled away for a 99-91 win. Kevin Durant finished with 25 points, while Klay Thompson added 24.

Below is the updated playoff bracket along with all the news, highlights and updates from a busy Tuesday. 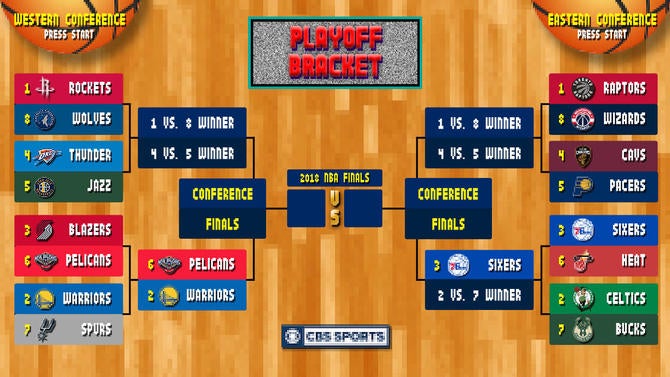 If you are unable to view the live application below, please click here.

Marcus Smart made his first appearance since March 11, and he made an immediate impact in the first half. He blocked a lob to Giannis Antetokounmpo, and after he checked in with just over four minutes left in the first quarter, the Bucks scored just two points. 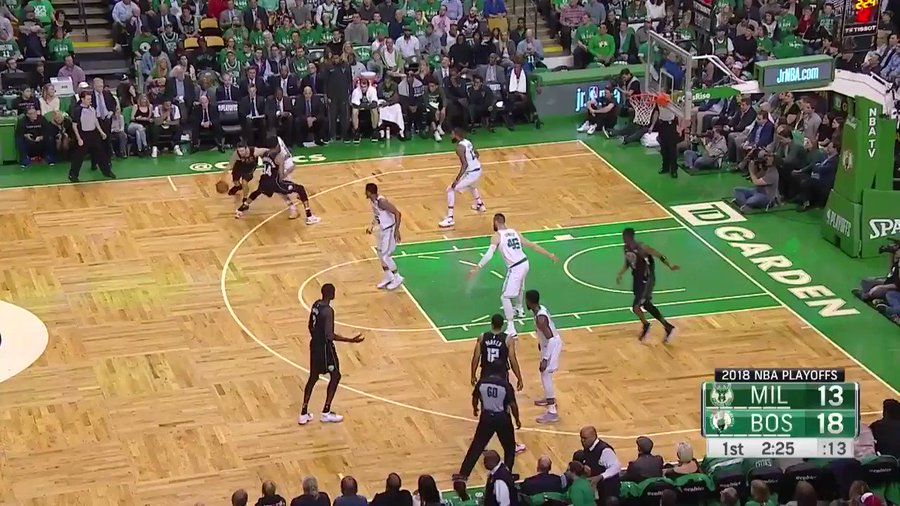 This is the stuff that Marcus Smart does that no one else can. Without him in Games 1-4, this is a Giannis slam. In Game 5 with him? Turnover. 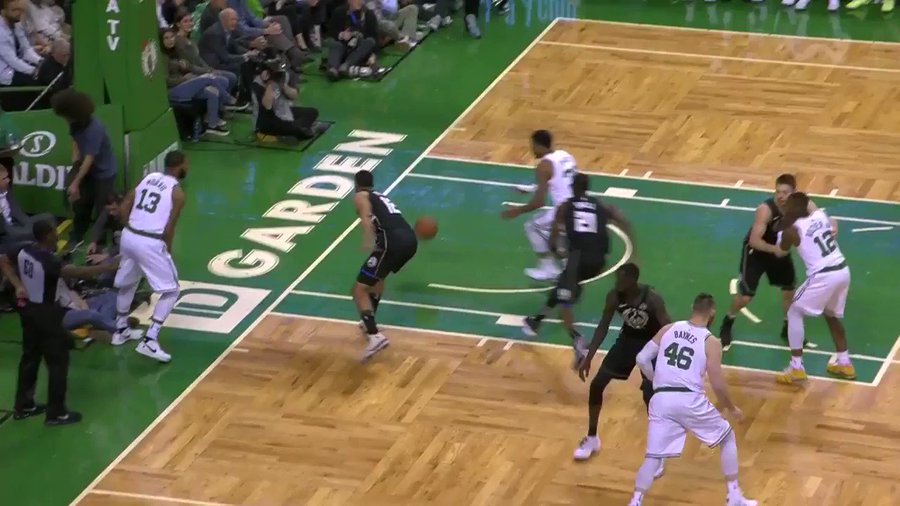 Smart takes the bump and scores for his first bucket in return!#CUsRise


The Celtics had a comfortable lead for much of the third quarter, which also featured a scuffle between Terry Rozier and Eric Bledsoe, as their bad blood finally boiled over.

But the Bucks didn't give up, battling all the way back to cut the deficit to just three points in the final minute. The Celtics were able to hold them off however, holding on for a 91-84 win. Al Horford had a huge game, finishing with 22 points and 14 rebounds.  Read More Here

Without their coach and best player, there was every reason to think the Spurs were going to fold in a decisive Game 5 in Golden State. And, for awhile, it seemed as if they might. The Warriors built a double-digit lead behind big nights from Kevin Durant (25 points, 6 rebounds) and Klay Thompson (24 points) and were ahead 82-67 with 10 minutes left in the game.

Slowly but surely, as the Spurs have done forever under Gregg Popovich, San Antonio crawled back into this one. All of a sudden, a Davis Bertans triple cut the deficit to five. A minute later, the Dubs were up just 93-91 after LaMarcus Aldridge(30 points, 12 rebounds) knocked down a pair of free throws. However, it wasn’t meant to be, as KD drilled a 20-footer on the next possession. When Manu Ginobilithrew a pass out of bounds right after, the comeback attempt was foiled.

LA with the bucket and the foul!