Here is a Look At Bizzle's Album "Well Wishes". You Can Also Stream It Here! 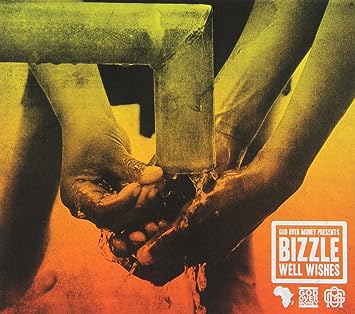 100% of profits from this album go toward building wells in Mozambique, Africa.

Bizzle got this idea after he spent time in Africa and was so concerned about the water affecting his own health. This really speaks to the heart of Bizzle as a person. He saw something that was alarming and heart breaking to him personally and he set out to make a difference. That in and of itself is inspiring. He also is using this record to challenge others to find a cause and use their God given platform to affect change. Read More Here

Bizzle has a guest artist on every song that made the Well Wishes album. This is huge because it shows that there is actually solidarity in the Christian Hip-Hop scene. The album includes tracks from Eshon Burgundy, Derek Minor, Social Club, Gemstones, Canton Jones, Mouthpi3ce, Sevin, D-Maub, Alex Faith, V.Rose, Sho Baraka, Jin, and a slew of others. If you’re not familiar with these names, I can attest that list is a who’s who of Christian Hip-Hop artist and also very diverse.  The album also features the other three members of Bizzle’s God Over Money, Bumps Inf, Selah The Corner, and newly signed artist Datin.

The album has some songs that can make you nod your head with various types of heavy beats. However, the lyrics are also on point. Bizzle’s brings his usual aggressiveness and fearless attitude when he raps. He says the things that people want to say, but are afraid to say it. Since this a special album, there really isn’t a theme for the album to focus on, but the songs still have great messages, and the substance that you expect from a Christian rapper. I highly recommend it, not   only because it is a well-produced, lyrically superb album, but because it helps a very important cause.

Was it a big decision for you to donate the profits of your Well Wishes album?

Yes it was, but the decision was made before I knew what it was going to be for. I knew it would probably put me in an awkward situation financially but I knew that no matter how rough the storm got, the Lord would not let me or my household go under, so I just chose to walk by faith.

Why did you feel that the water wells in Mozambique were the most worthy cause of your donation over others?

Well, I knew I was going to donate 100% of the profits from the next album to a cause, but I didn’t know what cause. One day, I was praying and I asked God to show me what He wanted me to do with the money. Immediately afterwards, I picked up my Bible and began to read about Jacob and Rachel meeting at the water well; and that’s when it hit me. And I had a close friend that was already in contact with someone who did work in that area, so we connected.

How important is it, in your opinion, for successful rappers to balance their wealth with philanthropy?

I think it’s not only important for rappers, but for people in general. Of course I want to challenge rappers to give, because in today’s hip hop, all we talk about is how much money we have and how we “make it rain” and it’s almost intentionally done to stunt on the next person who doesn’t have as much as you. We have the influence, and the opportunity to be able to make such an impact around the world. And it’s us who often claim to come from the bottom and have so much love for the people at the bottom. So my hope is that after seeing such a smaller independent artist like me do it, other artists would be inspired to do the same. But again, it’s not just rappers, it’s all of us. We tend to look at America as if it’s the whole world. Even our athletes are called “World Champions” when they win here. We don’t have much of a global view here, and when we get to see a glimpse, our hearts are pricked for a second but then we change the channel and go on with life. But the people living in these conditions never get to change the channel. And with 80% of the world living off of less than $2 per day, even the average US citizen is able to help provide the needy with water, food, clothing, the things we usually tend to take for granted.

RESPECT.: Who and what has inspired you with this project?