Christon Gray - Even With Evil With Me (Full Album). Let me Know What You Think 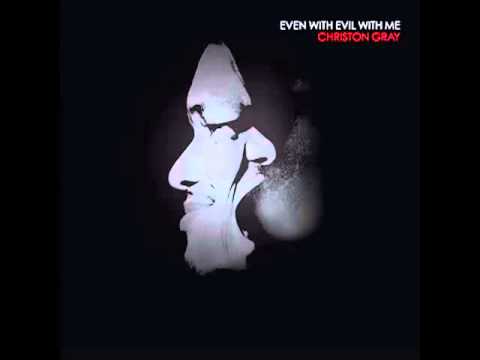 Even With Evil With Me (stylized as EWEWM) was the first solo release by Christon Gray. The album was released in 2011 and featured 13 tracks

It was produced entirely by Gray and writing partner Marlo Scott. It was recorded at The Flutter, in Columbus Ohio. Stand out tracks include ‘Flamingo’, his cover of Fred Hammond's ‘Mender of Broken Hearts’, and ‘Isle of You’ which is still one of Christon’s most popular songs to date.

The purpose of this album was to showcase the writing and singing talent of Gray. As a member of the recently dissolved rap trio ‘The Elevationists’, Gray had only performed as an MC. With the purpose of a record deal in mind, the decision was made to write and produce and album that showed his R&B side.

Gray has said that, “If I had a dollar every time someone asked me to sing ‘Isle of You’ at their wedding, I would have retired by now.