Chick-fil-A is America’s Favorite Restaurant Chain for Fourth Year in a Row. Have You Eaten There? What Are Your Thoughts? 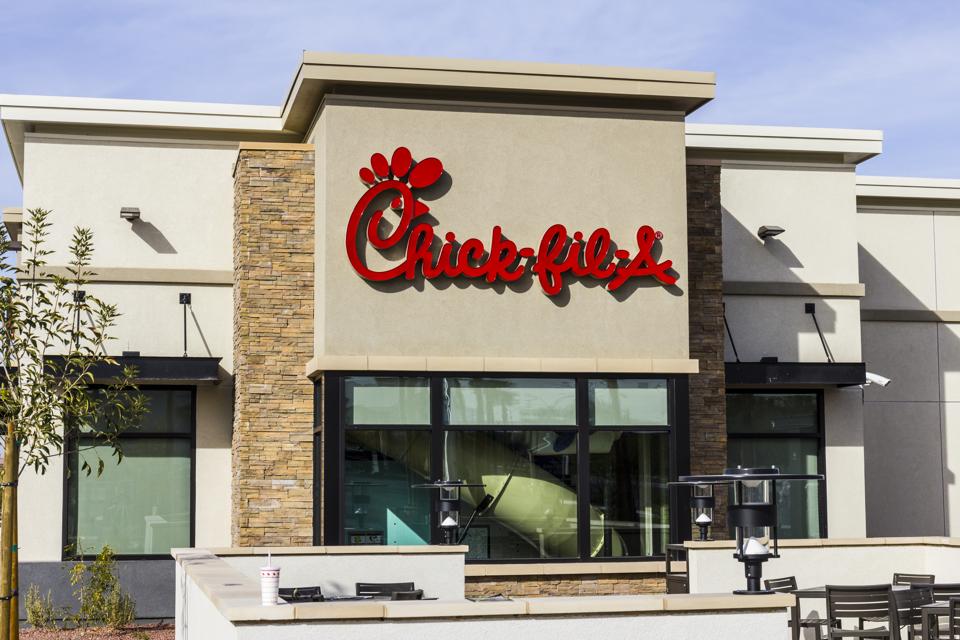 Chick-fil-A has once again been named the top limited-service restaurant chain in the country, its fourth year in a row claiming the top spot on the American Customer Satisfaction Index.

The ACSI offers as strong of a pulse as one can get on the industry, as it’s based on the input of nearly 23,000 consumers.

That Chick-fil-A is a perennial favorite is no surprise. The chain, known for its customer service training, has had quite a year—generating more than $10.4 billion in sales and leapfrogging Taco Bell and Subway for the No. 3 spot in the industry, according to National’s Restaurant News. This is quite a feat considering the chain is open just six days a week.

Notably, the chain didn’t perform as strongly as it did last year, losing one percentage point in ACSI’s 100-point scale, from 87 to 86. But it still looms large over its closest competition on the consumer satisfaction scale, outpacing “all other restaurants” at No. 2 with a score of 82, and Panera at No. 3 with a score of 81.

Four chains tied for fourth with a score of 80—Arby’s, Chipotle, Papa John’s and Pizza Hut. The latter two chains have been jockeying for the runner-up prize in the pizza category behind market share leader Domino’s since 2017.

The tie itself may come as a surprise for Pizza Hut fans considering the much-publicized, tumultuous year Papa John’s has endured. However, Papa John’s sales have yet to reflect this relatively high level of customer satisfaction. The company’s sales in 2018 dropped more than 7% and its adjusted net income declined $71.9 million. Further, BTIG analysts cautioned earlier this week that any meaningful turnaround has yet to take hold.

The remaining chains on the ACSI are at or below the industry average. Domino’s is flat at 79, perhaps another surprise considering its dominant market share position and industry-leading, customer-facing technology investments.