7 Surprising Facts About The Bible 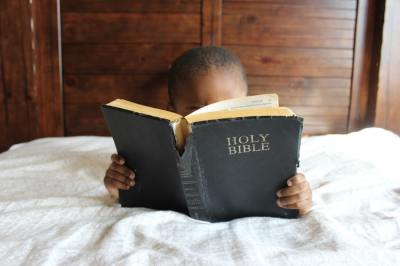 Many people are familiar with the Bible, whether they subscribe to its beliefs or not. According to the Guinness Book of World Records, the Bible is the most-sold and widely distributed book in history with total sales exceeding 5 billion copies since 1851. Guiness estimates in the last 3,000 years there have been around 5 trillion copies sold although It’s impossible to substantiate the exact number. There are approximately 100 million sold each year allowing it to continue to lead the charge of best-selling non-fiction book in the world.

That said, there are not many people who don’t recognize the Bible, but many may not know the surprising facts wrapped around the most famous book of all-time. Here are 11 surprising facts about the Bible that will serve you well at your next cocktail party.

1. The Bible is the most shoplifted book in the world

We suppose it shouldn’t come as a shock the most widely book in the world would also be the most stolen according to True Bible Facts. From its popular stay in hotel rooms and home libraries, the Bible more than any other book gets swiped from shelves.

According to a 2017 study 2017 by the American Bible Society, women are 20% more likely to read the holy book than men.

According to the Overview Bible Infographic, Nearly 85% of the songs in the Bible are in the book of Psalms. Throughout the rest of the Old and New Testament, you’ll also find songs of praise to God or prayer for relief. See Infographic [here].

3. The Old Testament took 20x longer to write than the New Testament

While the Old Testament was written in over 1,000, the New Testament took approximately 50-75 years to write.

4. The Bible was written by over 40 different authors

The Bible is known as God breathed by His servants. 40 servants exactly are responsible for penning the words we read and reflect upon today.

Appropriately so, the final word of the Bible ends with “Amen”, such as the end of a prayer. Revelations 22:21 “21 The grace of the Lord Jesus be with God’s people. Amen.”

In the 17th century, a Bible published by Robert Baker mistakenly recorded the 7th commandment as: “Thou shalt commit adultery”. The horrifying error was only caught after almost 1,000 copies were distributed according to Reader’s Digest. Today, only 9 copies remain of the now infamously nicknamed ‘Sinner’s Bible”.

7. Half of the women in the Bible are nameless

According to figures reported in a study by Rev. Lindsay Hardin Freeman about 1% of the dialogue in the Bible are words spoken by women, 86 total. Of those 86 women, nearly 50% are unnamed.