"Whites are overrepresented on juries in recent police shooting cases," a report says.

It was no surprise to some legal experts that, despite shocking video evidence, a nearly all-White jury deadlocked on charges against the White former North Charleston police officer Michael Slager who fatally shot Walter Scott, a Black man who was unarmed.

The Huffington Post analyzed the 13 police shooting trials since August 2014 that juries decided. Majority-White juries decided all but two of those cases, which The Post suggests many have influenced the results. 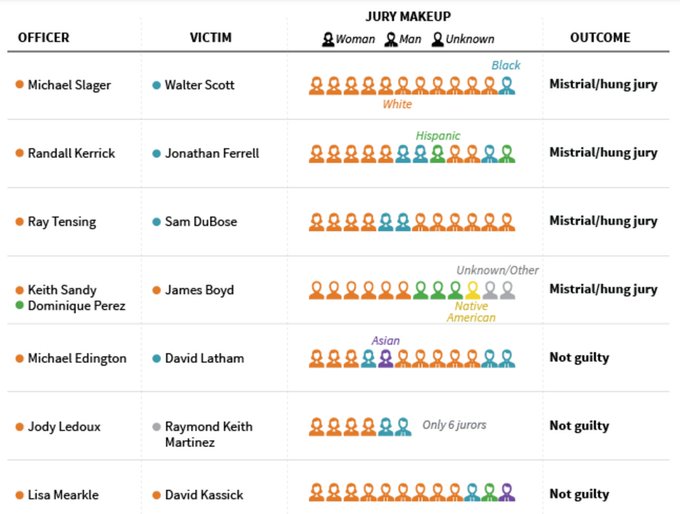 
Few police officers involved in fatal shootings ever face criminal charges. And of those who face a jury, seldom is there a guilty verdict. Why are White-dominated juries unlikely to convict police officers? They are more willing to give officers the benefit of any doubt.

The news outlet pointed to a Cato Institute survey that found 68 percent of Whites held favorable views of their local police department, compared to 40 percent of Blacks who shared that view. There’s a similar disparity on the question of whether law enforcement teats all races equally.

In the 13 cases The Post reviewed, eight involved a police killing of a person of color, 12 of the officers were White, and at least two-thirds of the jurors were White in nine of the trials.