Wake Forest University Apologizes for Slavery in University’s Past 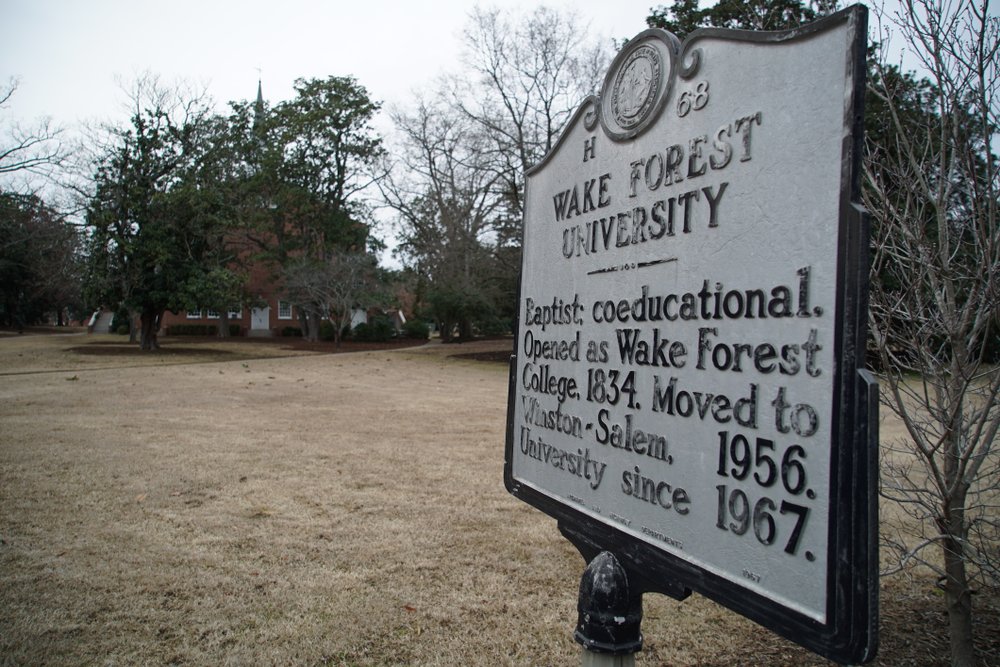 WINSTON-SALEM, N.C. (AP) — The president of Wake Forest University issued a public apology Thursday for the institution’s past involvement in slavery.

President Nathan Hatch’s apology, delivered in a speech during the school’s Founders’ Day ceremonies, comes after a series of events stirred up racial tension on the campus, including anonymous, racist emails sent to faculty members last year. Schools around the South and beyond have been grappling in recent years with what to do about past ties to slavery or white supremacy.

“It is important and overdue that, on behalf of Wake Forest University, I unequivocally apologize for participating in and benefiting from the institution of slavery,” Hatch said during his remarks on campus. “I apologize for the exploitation and use of enslaved people – both those known and unknown – who helped create and build this university through no choice of their own.”

He made no mention of the recent tension on the campus resulting from a threatening email that caused the head of the sociology department to shut down his building and suspend classes for a week. A statement issued after his remarks noted that Hatch last year convened a committee to look at race issues and the legacy of slavery on campus.

During Hatch’s remarks, some students stood up in a silent demonstration. Senior Alexander Holt, who helped organize the gesture, said in an emailed statement before the event that they planned to stand in recognition of the involuntary sacrifices of enslaved people and the continuing impact of slavery’s legacy on current students.

Jonathan Walton, dean of the divinity school, told the audience at Wait Chapel that Wake Forest must acknowledge that “our history is both beautiful and terrible, noble and tragic, honorable and despicable.”

“We owe our very existence in part to the exploited lives of enslaved labor of people of African descent,” Walton said. “Precious people whose humanity was sacrificed to prepare young, white Baptist men for ministry, Baptist young men whose conception of of Christ supported America’s serpentine system of slavery.”

Sierra Deveaux, 19, a sophomore from New York, said Hatch’s public apology resonated with her, but she said there must be a plan that follows up on the apology.

“They need to put action to their words,” Deveaux said. “Through policy on this campus, more transparency on how they go about condemning acts of white supremacy on this campus and making it clear that they do not support white supremacy and making clear through their actions that certain behavior is not OK and that certain behavior will have consequences, and actual, written-down consequences if this is to happen.”

Other universities have apologized for their role in slavery, including the University of North Carolina-Chapel Hill in 2018.