Border Patrol is Turning Away Donations of Soap, Diapers, Medicine, Toothbrushes, and Toys for Migrant Children

U.S. Customs and Border Protection is turning away donations of toys, soap, toothbrushes, diapers and medicine for migrant children housed at the border, the Texas Tribune reported Monday.

Texas state Rep. Terry Canales (D) tweeted a letter Saturday to CBP, offering “the full support of the Rio Grande Valley community” to care for migrant children in custody. He told the newspaper that Border Patrol officials told his office they do not accept donations.

“The whole situation is disgusting, but I’m always hopeful that the better part of us as human beings will shine through,” Canales said. “Those children feel like the world has given up on them, and we have to fight for them.” 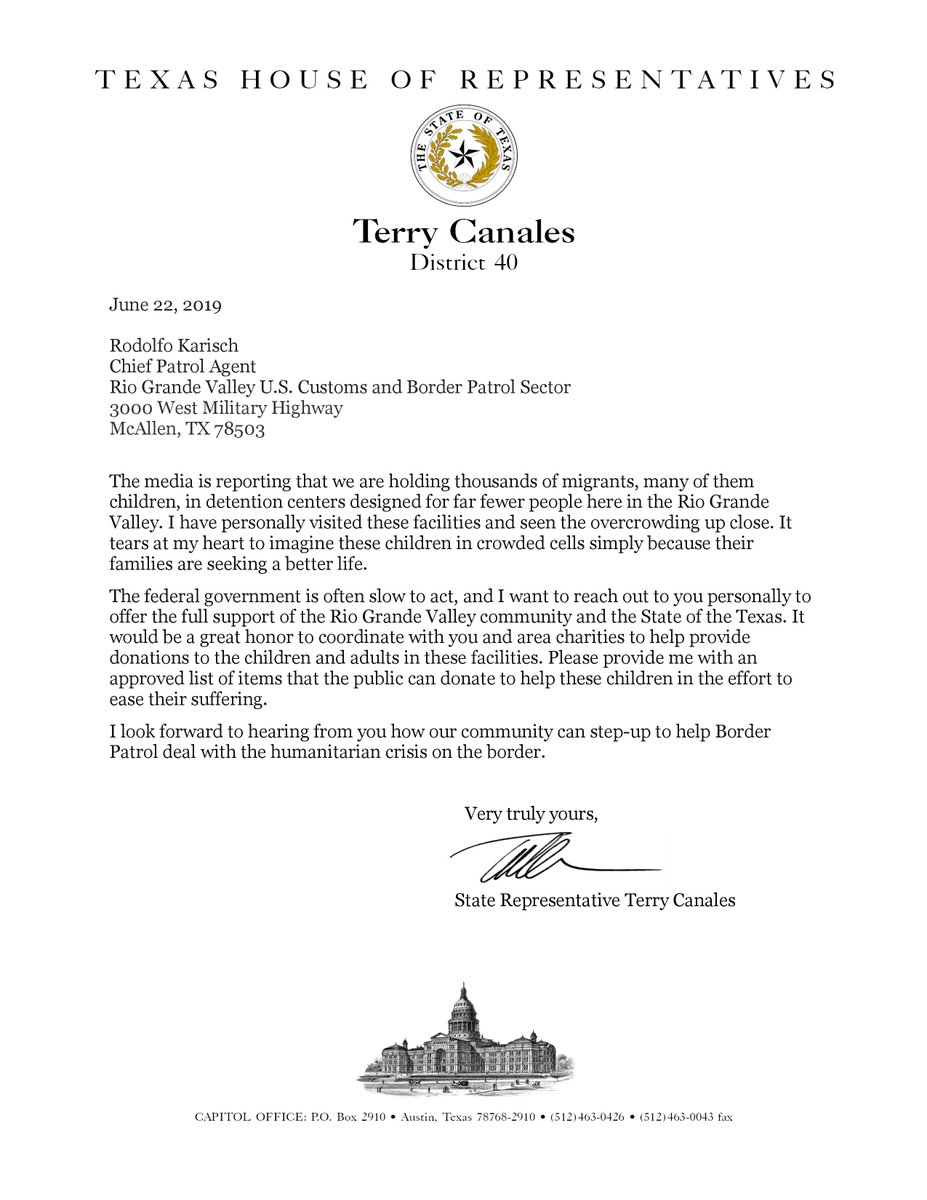 I just send this letter to RGV Border Patrol to ask for a list of items that we can donate to help the children in over-crowded detention centers. The feds are often too slow to act, and I want to personally reach out to offer the full support of the RGV & Texas. #RGV #Txlege

Individuals, advocacy groups and lawmakers on either side of the aisle have all reached out to Border Patrol following wide-reaching reports that facilities have been overwhelmed in recent months by migrants, with some children allegedly being held without proper access to food, water or sanitation.